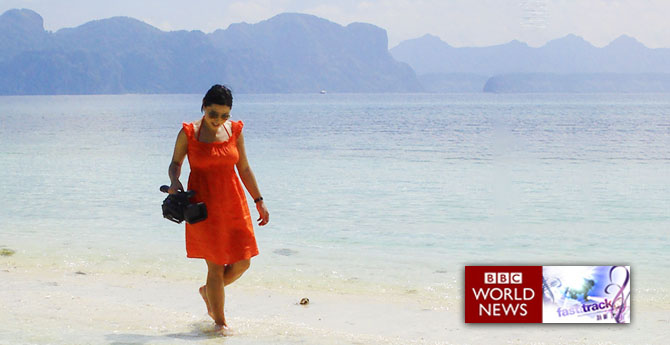 It’s an occupation hazard, if you work on a travel program – invariably you land up working on your so-called ‘holiday’. I just can’t help myself. This was especially the case when I was young and single, and I didn’t have a partner with whom I could enjoy an idyllic holiday. But I have to admit, it’s almost become second nature – and it’s made little difference now that I’m attached. Just ask my boyfriend and he’ll attest to the number of vacations where he’s helped me carry the camera and tripod, or worse still, had to be an extra.

I recently squeezed in a day’s work while we were in Bali for a friend’s wedding. But the irony is, the report I was filming was about the rise in the number of employees across Asia who felt obliged to work on holiday.

My report was based on a recent survey by recruitment firm Robert Half, which showed that 69% of Singaporeans and 77% of Hong Kong employees felt compelled to work outside normal working hours and most alarmingly, on their holiday. The survey also showed that over 90% of bosses expected their staff to be connected and available in an emergency while on leave.

I set about interviewing employees in Singapore to find out what the work ethic was like here. Singapore is of course a service based work environment, supporting markets in Europe, the US and of course China. And every country has their different public holidays and leave times. So for instance, during Golden Week in China, the US and European markets are still working, while over the Christmas period, many businesses in the US and Europe shut down for at least a week, but the Chinese and Japanese remain work focused. Many people I spoke to, thought that figure of 69% was actually quite low and that the remaining 31% of respondents weren’t entirely truthful.

So is technology to blame?

The increase in connectivity around the world has made it so much easier to check-in with the office with a simple email or text message. And of course, it’s just as easy for your boss or colleagues to drop you a quick line or phone call while you’re on leave. After all, there are very few places left in the world where you can’t get a mobile signal or wi-fi connection.

When I travel, I take my camera, laptop and two smart phones as a bare minimum and I’ll often ring ahead to find out if there’s a good (and hopefully free) wi-fi connection at the hotel we are staying at. In fact, most business travellers would argue that wi-fi at hotels is more important than the obligatory turn down service. And, so, more and more hotels are recognizing this as an opportunity. The Intercontinental Hotel group is one of the first hotels to introduce the use of free iPads for their executive guests, seizing on the fact that most people these days mix business with pleasure.

So while my boyfriend was playing golf on our brief sojourn to Bali, I slipped out to film at the InterContinental Resort in Bali to catch these workaholics red-handed. Bear in mind, this isn’t a business hotel but a beach resort and yet, almost every second person, either by the their mobile phone or hand-held device.

Most of these swimwear-clad executives confessed that it was actually less stressful to check their work emails while they were away, rather than having to come back from a relaxing holiday to face hundreds of emails that had been left to pile up over the last week. While others said that they found it simply impossible to switch off.

The phenomenon of a 24/7 workplace has led to hyper-connectivity and faster turnaround times, which is of course great for business in a competitive world. But what does this say about the work-life balance here in Asia? Many people think it has led to an increase in stress and a decline in the quality of life.

Without going so far as to test the stress levels of employees across the region, majority of workers in Singapore and Hong Kong aren’t complaining about working after hours or on holiday. Some confessed that they feared they would lose their jobs if they didn’t conform. But most took these lengthy working hours as a given.

So, perhaps the work life balance is slightly skewed in Asia, due to the nature of the work environment here and maybe in part, because of its geographical location. This survey also goes a long way to enforcing the stereotype that Asian employees are more conscientious than their western counterparts.

On the flip side, only 6% of employees in New Zealand expected their staff to be available out of office hours. Maybe it’s time I started scanning the job classifieds in New Zealand. 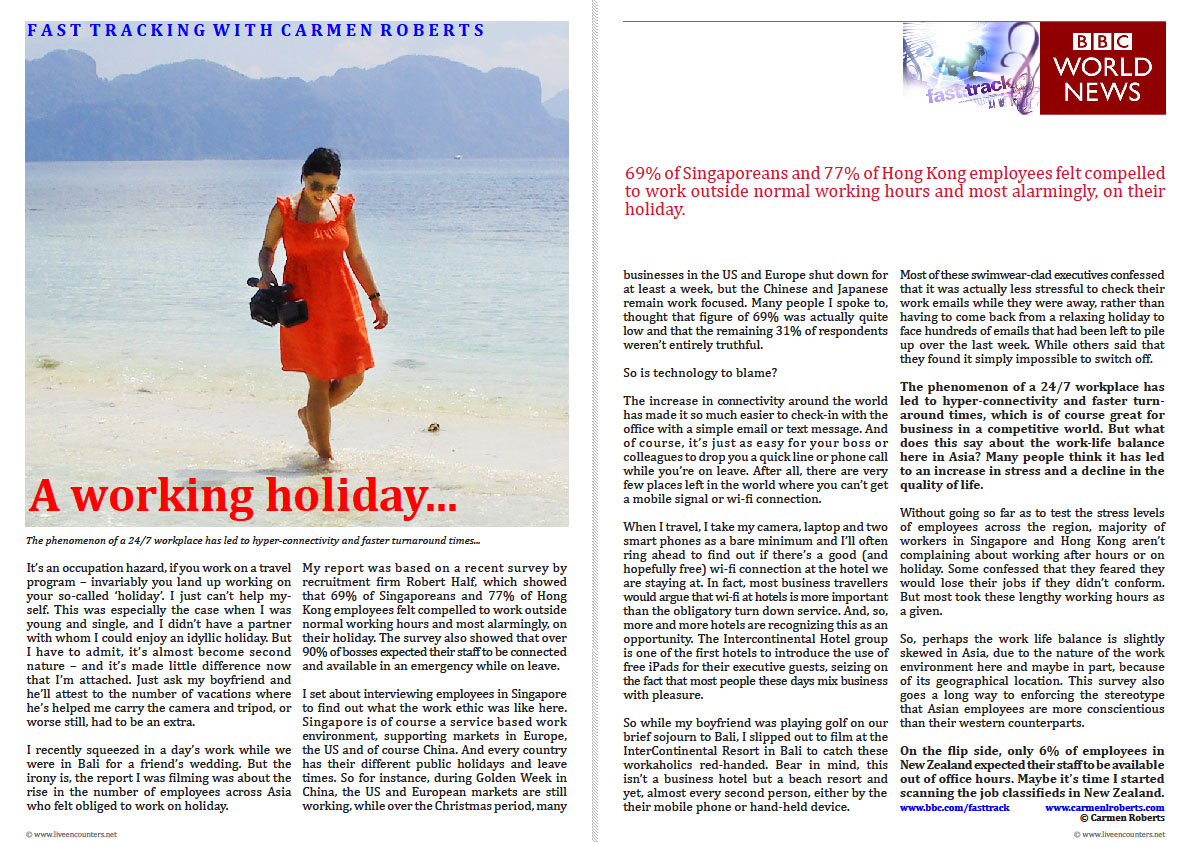