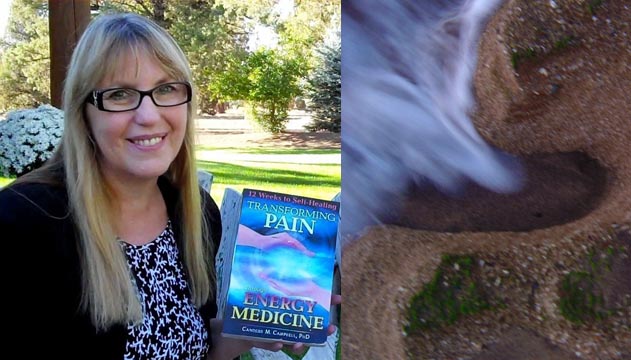 Standing in front of the room I looked out at over a hundred people in the community as I prepared for my first a large public Psychic Medium workshop. It was interesting to watch the openness of the participants. I have given intuitive readings as a part of my private practice and international business for many years. It was surprising though to see this crowd in the conservative city of Spokane, Washington.  It was even more surprising to know we had booked a room that would not hold everyone and there was a waiting list.

Having worked as a mental health and chemical dependency counselor for over 30 years, I was a little apprehensive coming out as a psychic. Yet, here I was. My eyes viewed the audience from right to left and I began to get a sense of who I would read. One woman’s energy pulled me in and when I looked at her face I heard a yes from my guides. I asked her, “is there someone you want me to talk to that crossed over?” As soon as I said that she appeared shocked and said “my son.”

I went inward and connected with her son and I got a sense that something was off. There was a miscommunication I heard from him. I saw him as a bright light and full of love. I looked at her and asked how he died. She said it was suicide. I immediately knew that was wrong. I could feel the experience he had when he died in my body. I began to shake and my lungs felt like I couldn’t breathe. I sensed that his lungs collapsed. Immediately I heard the words that he had a seizure and his lungs collapsed.

I went back and I looked at him on the other side again and he was this bright light and not at all like someone who had been depressed or committed suicide. As I communicated with him, he shared that he had planned to incarnate for a period of time on this planet, but had not planned to stay. He shared with me that he had completed his special purpose and that and his life had been incredible.

This young man was in his late 20’s and he was ready to exit. When I told her this, the woman looked at me and she just started crying and she shook her head yes!  She knew deep in her heart that she found the truth.

At that moment I had clear insight! I understood that what happened for this woman in a few minutes could’ve taken years of therapy. It was incredible for this woman to understand the truth about her son and shift her confusion to understanding he didn’t kill himself. Now she could heal her grief. Although I’ve been hesitant to totally come out as a psychic medium, I understand now this gift, when shared, can help people in a powerful way I never understood before.