Ledia Dushi was born in 1978 in the northern Albanian town of Shkodra. She studied Albanian language and literature and she continued and finished her master’s and doctoral studies in ethnology-folklore. She worked both as a journalist and in municipal government, where she was responsible for culture in Shkodra City Hall. Then she worked at the University of Beograd as a lecturer for Albanian language and literature. During the last year she worked as a lecturer at the European University of Tirana. She is also a translator from English, Italian and Spanish. She translated authors as Gabriele D’Annunzio, Cesare Pavese, Dylan Thomas, Jorge Luis Borges, Umberto Eco, Andrea Camilleri, Carlos Ruiz Zafon, Jane Austen, Hilary Mantel. Her well-received verse is written primarily in the dialect of Shkodra, gegë. It has been published in the volumes: Ave Maria bahet lot (Ave Maria Turns to Tears), Tirana 1997; Seancë dimnash (Winter’s Session), Shkodra 1999; Me mujt me fjet me kthimin e shpendve (If I could sleep with the bird’s return…), Tirana 2009 and a volume of her verse has also appeared in Italian, Tempo di pioggia (Rainy Weather), Prishtina 2000, Rain in the dark, Transcendent Zero Press, USA 2019, N`nji fije t`thellë gjaku (In a deep thread of blood), Onufri Publishings, Tirana, Albania. In the 1998 she was awarded with “The Silver Pen for First Book” from the Ministry of Culture. Her poems are published in Lichtungen – Zeitschrift für Literatur, Kunst und Zeitkritik, Nr.103, XXVI. Jahrgang, Graz 2005, and Orte. Schweizerische Literaturzeitschrift n°186 : Lyrik aus Albanien, 2016. She also participated with readings in Leipzig Book Fair 2011 and Frankfurt Book Fair in 2006. She was invited in  Literariches Colloquium in Berlin, Germany (2004) and in Internationales Haus der Autorinnen und Autoren, Graz, Austria 2005. Her poems are translated into German, Polish, French, Macedonian, Greek, Serbian, Italian, Chinese.

Special thanks to Alisa Velaj. 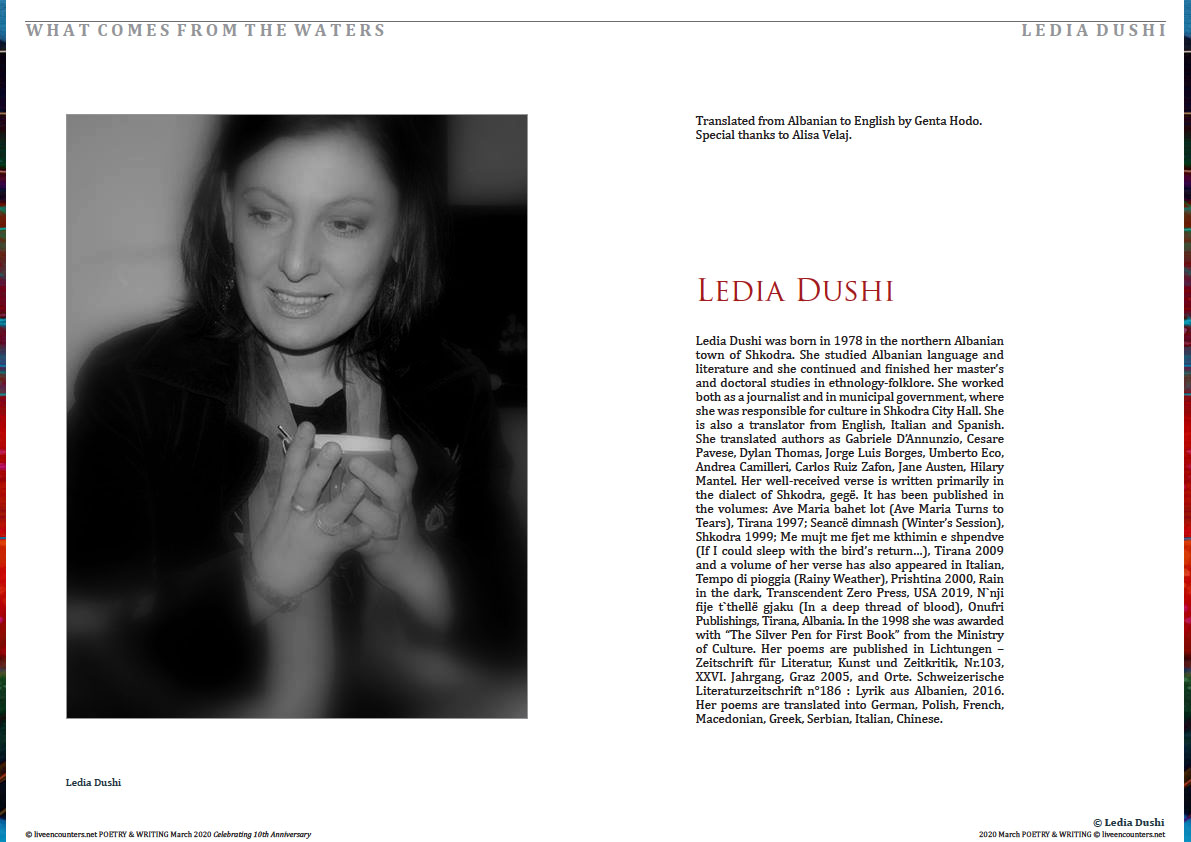 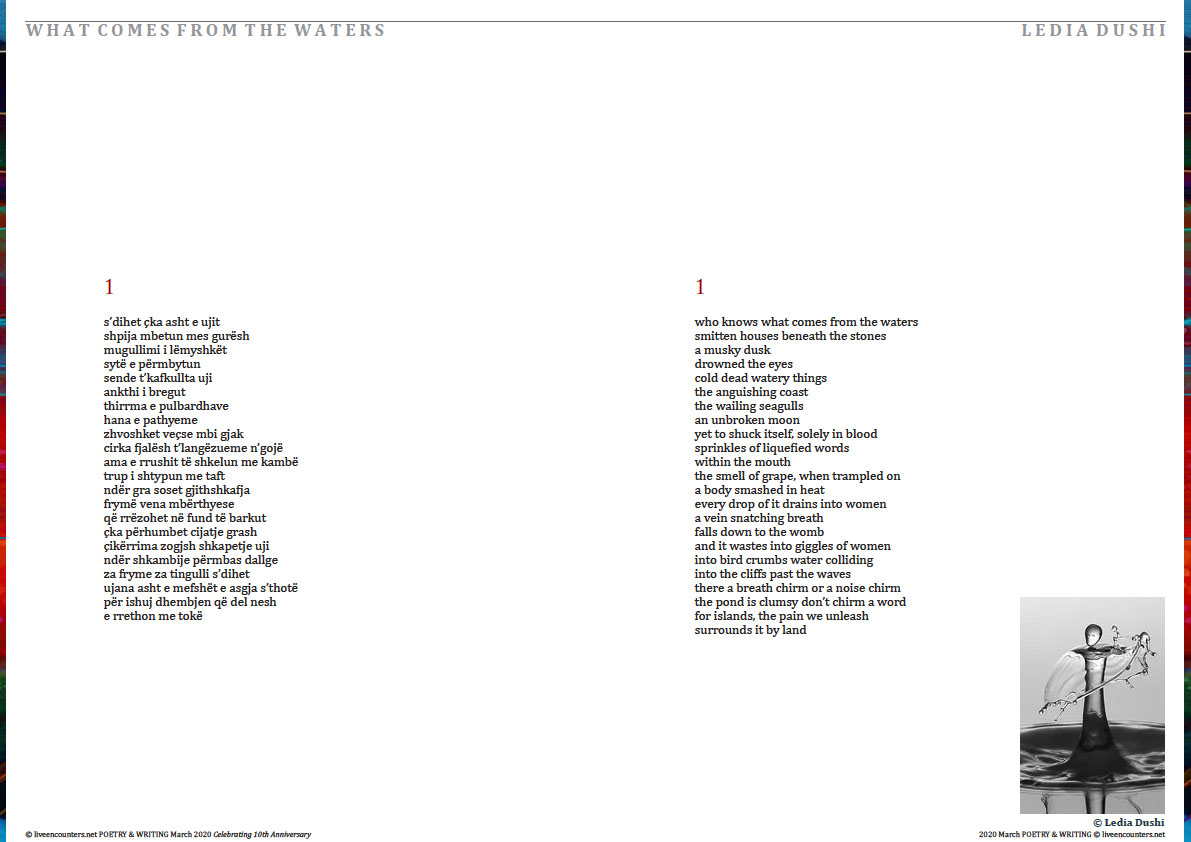 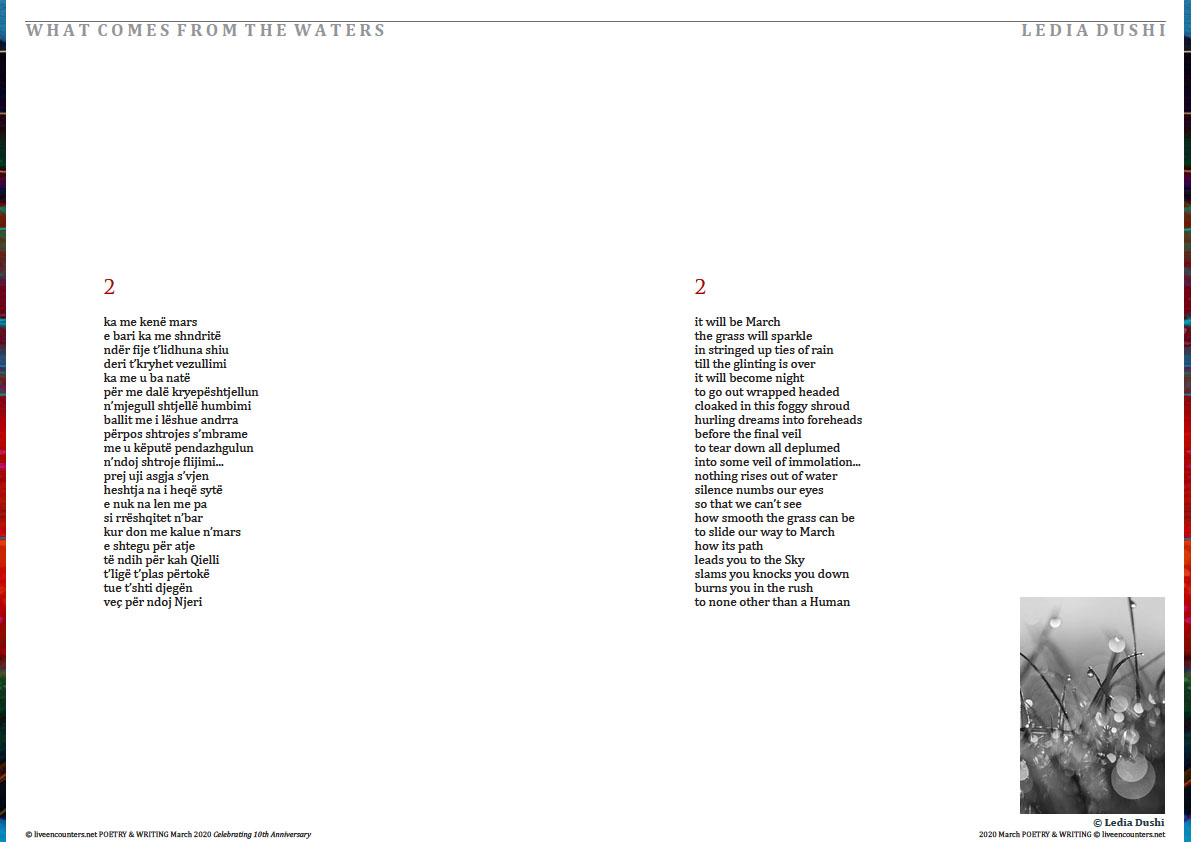 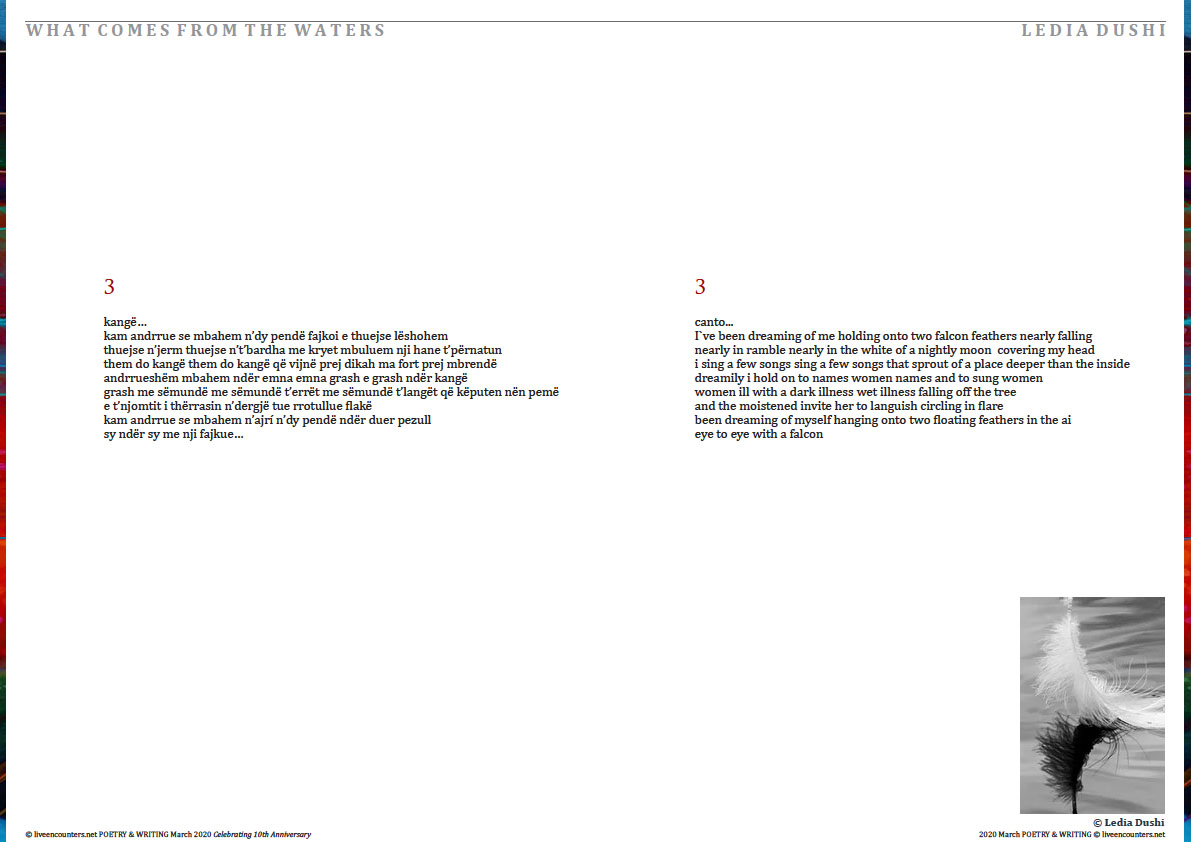 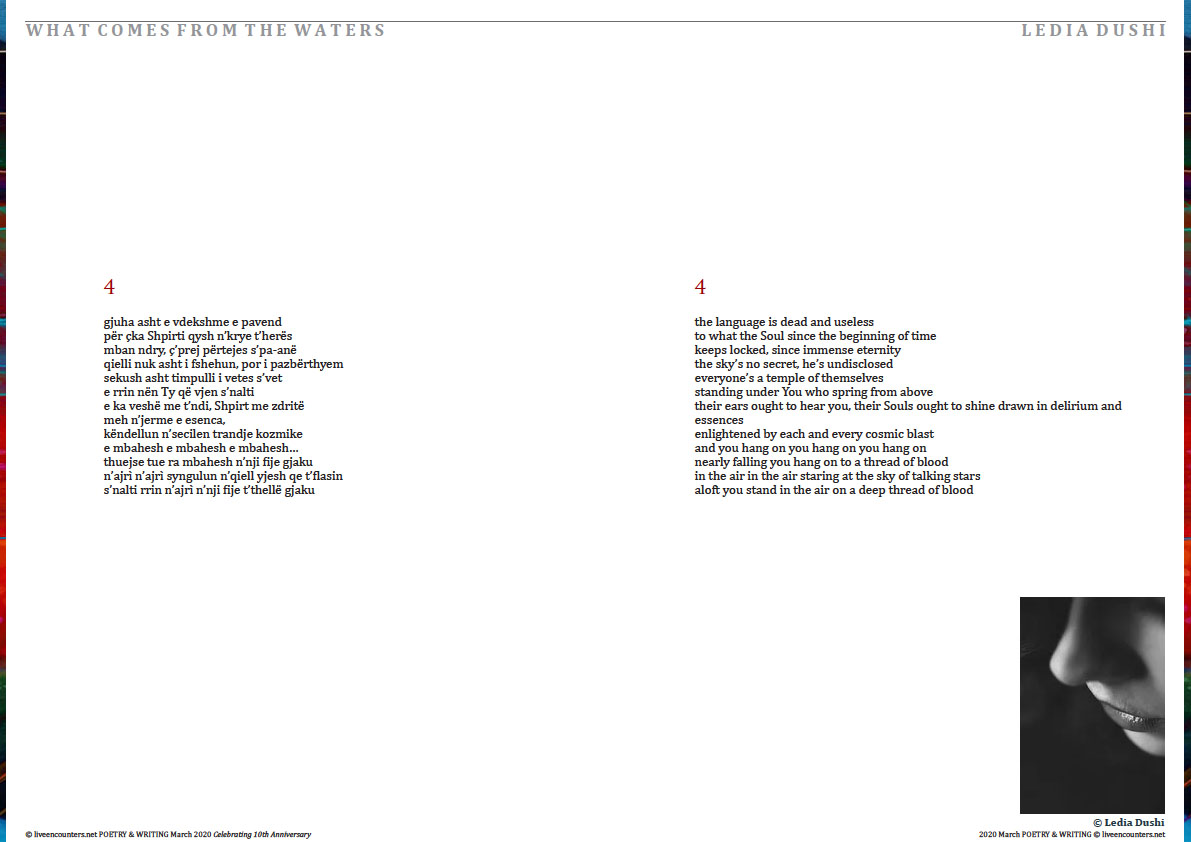