The Ides of March 2018: House of Commons and their leader

Sharp-nosed and crooked-backed she bent over her loveless notes
Baying for punishment: Its him. Its Putin. Its Sadam Hussein, Its our lord.
Once more the House metaphorphosed into a howling rabble,
foaming at the mouth, bile exuding.
They are demanding the crucifixion of our Lord at Calgary.
Des-pi-sed.
Neighing and bellowing for blood,
the poison dripping from their fangs,
sulphurous fumes engulf  the House
they spit out their collective venom
‘Russia did it’.
I hear WMD. I hear Saddam Hussein.
Then 2003 they crucified an entire nation together with their leader.
WMD.
‘Russia did it’. Its Putin. Its our Lord. The sacrificial lamb at Calgary.
Des-pi-sed.
But their sins of lies and mockery, lack of respect for other nations
Will never be forgiven.
Praise the Lord.

Like a ship on ocean’s green waves
The London bus sways gently along its route
From harbour, to another harbour,
people getting on and off with travel bags.
At night and during the day,
The captain bus driver kindly smiles,
Inviting us into her boat.
We take our seats on
Upper deck or lower deck.
We watch in comfort
While the sights of  London drift by
Enchantingly and noiselessly.
The captain driver manages the waves,
The roads and other vehicles
With foresight, having learnt
And graduated from the lessons
For London bus drivers, making us feel safe.
We thank him as we exit
At the harbour of our
Destination. 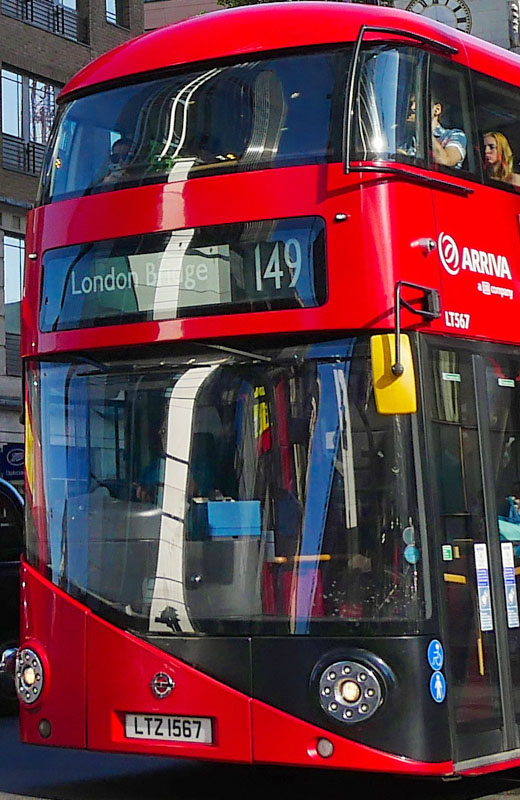