The Linguist in Love, poems by John Foulcher

John Foulcher has written eleven books of poetry, most recently 101 Poems (Pitt Street Poetry 2015), a selection from his previous books, and A Casual Penance (Pitt Street Poetry 2017). His work has appeared in Australian magazines and anthologies for over thirty years. In 2010-11 he was the Literature Board’s resident at the Keesing Studio in Paris; his collection, The Sunset Assumption (PSP 2012) reflects on that time. Poems from his first book, Light Pressure, were set for study on the New South Wales Higher School Certificate syllabus for ten years, and they are a subject of ongoing study in Australian schools. He is married to Jane, has two children, Dylan and Alice, and he divides his time between Canberra, the national capital, and an old Catholic church which he is renovating near the town of Braidwood in New South Wales. His books can be purchased from https://pittstreetpoetry.com/emporium/john-foulcher/

The Linguist in Love

On the crumbling night stair,
the monks’ back entrance to prayer,
small shoots of sunlight grow to great oaks.
The roof and the windows are gone,
the stair drops away to the grass.
Henry! I hope the monks’ money and land
were worth the vanished floor,
this gap that no one now can cross
between the church and the sunny night stair.

A small black wallaby down-wind from me, bristling and snorting like a
horse, its breath suspended in the weak winter light. It shoves the scrub
aside, chocks a block of distance between us, pauses, tree stump among
tree stumps.

I just saw a small black wallaby I say when I get home. My husband,
who’s been walking somewhere away from me, says Well I didn’t see it.

Therefore it doesn’t exist, I mutter.

What did you say? he asks. I said you, my dear, are the ultimate empiricist.
Damn right he says. That’s why I’m an Anglican priest.

As the afternoon crayons shadows over the glass, we talk about God and
things, how hard it is to believe, how hard not to believe. The day drifts
above us, catches in the skylight.

In the evening, he goes out again. Did you see the wallaby? I ask, when
darkness brings him back. No, but I saw a lot of other things. Bats,
possums, some kind of owl.

Later, his breath sounds like someone dying, as he sleeps. Outside, there’s
a scratching in the grass, a shuffling in the dirt. He starts to wake, his
breath less desperate, a waking breath. What’s that scratching? he
whispers. It could be the wallaby I say. Want to get up and take a look? He
knots his arm around my neck, breath clots in my lungs. You don’t give up,
do you? he says.


The scratching goes on, closer now, outside. 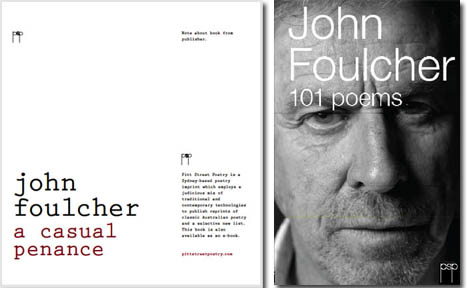