My word is fox and the quick brown one jumps over the lazy dog. His name is Qwerty and his German cousin – der Fuchs – is called Qwertz. I have seen them dead so often, splashed across the country roads. Once, coming home from Hamburg in the car, it was the red eye I saw first in the headlights. One time, on the bicycle with its faulty lamp, I was so close I couldn’t stop, and thumped and skidded towards Sir Reynard as he skedaddled away. Two yards beside him was a hedgehog, playing dead. I lifted it and laid it in the hedge. A lout from a passing van sprayed me with beer and the empty can clattered somewhere a few seconds later. The bastards nearly ran over my bike. And now this graceful country gentleman is the new city rat. 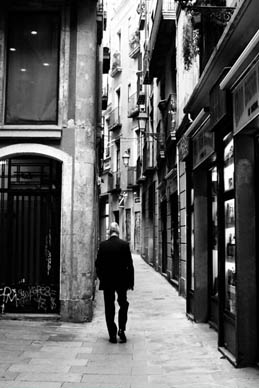 Ian Watson was born in Belfast and lives in Bremen, Northern Germany. He writes and publishes in both German (mostly prose) and English (mostly poetry). His recent publications include two books of poetry and short prose – Kurzpassspiel (German) and Riverbank City: A Bremen Canvas – and his poetry collection Granny’s Interpreter was published by Salmon Poetry in Ireland in 2016. A book of German prose, Spielfelder – eine Fußballmigration, also came out in 2016, with Edition Falkenberg. http://www.irishwriters-online.com/watson-ian/