Charlotte Innes is a poet, writer, teacher and winner of awards for both poetry and journalism. She is the author of Descanso Drive, a first book of poems, to be published by Kelsay Books in 2017. She has also published two chapbooks, Licking the Serpent (2011) and Reading Ruskin in Los Angeles (2009), both with Finishing Line Press. Her poems have appeared in many publications, including The Hudson Review, The Sewanee Review and Rattle. She has also been anthologized in Wide Awake: Poets of Los Angeles and Beyond (Beyond Baroque Books, 2015), The Best of the Raintown Review (Barefoot Muse Press, 2015) and The Best American Spiritual Writing for 2006 (Houghton Mifflin, 2006). A former newspaper reporter, she has also written on literary topics for the Los Angeles Times, The Nation, and other publications. Originally from England, she has lived in New York and most recently in Los Angeles, where she has taught journalism at the University of Southern California and aided high school students in producing award-winning publications, a newspaper at Brentwood School and a literary magazine at Yeshiva University of Los Angeles High School. Currently, she teaches English and creative writing at the Lycée International de Los Angeles. 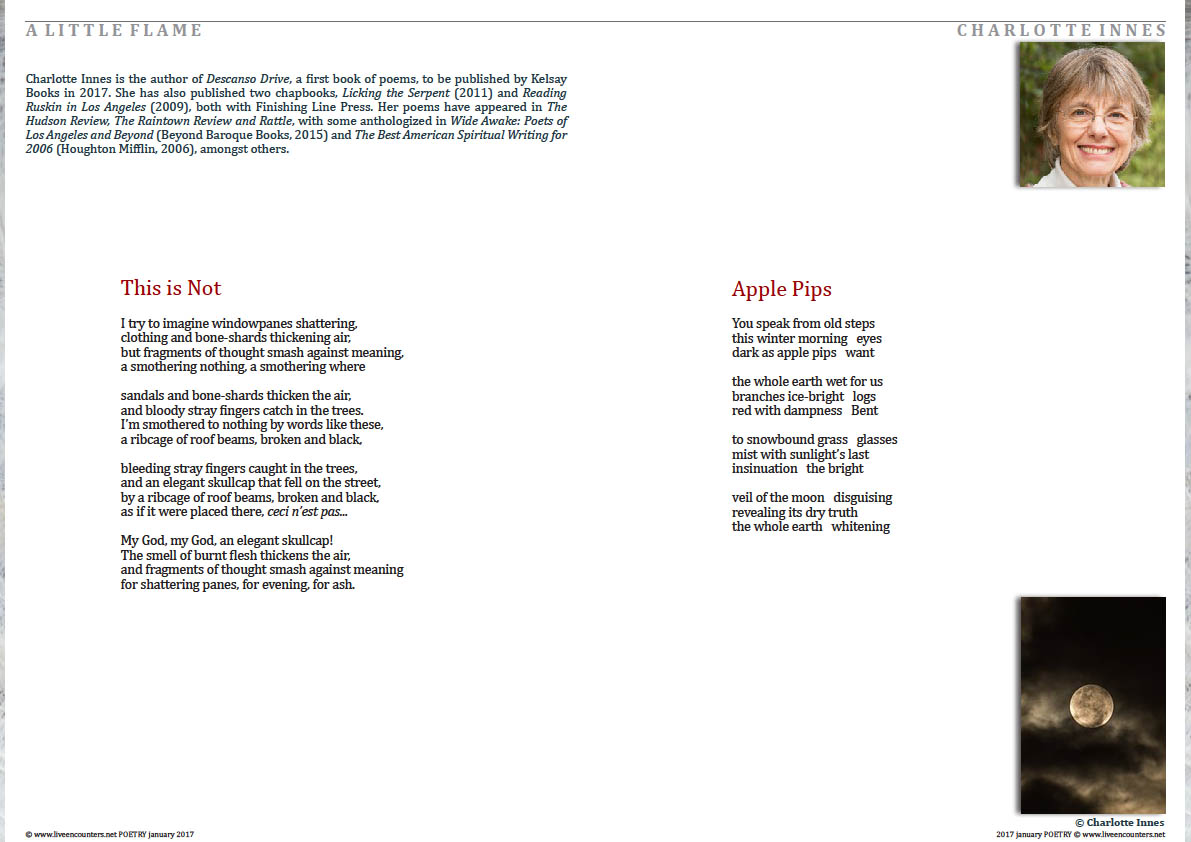 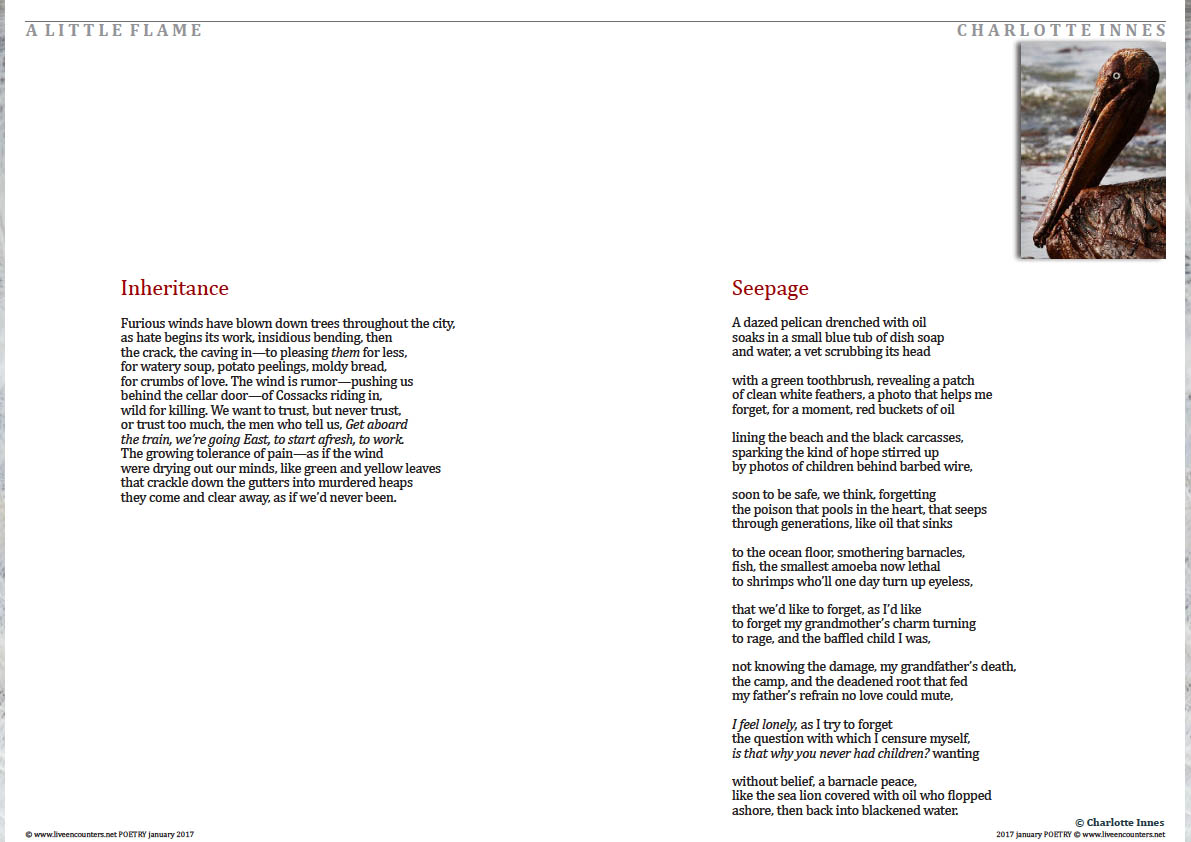 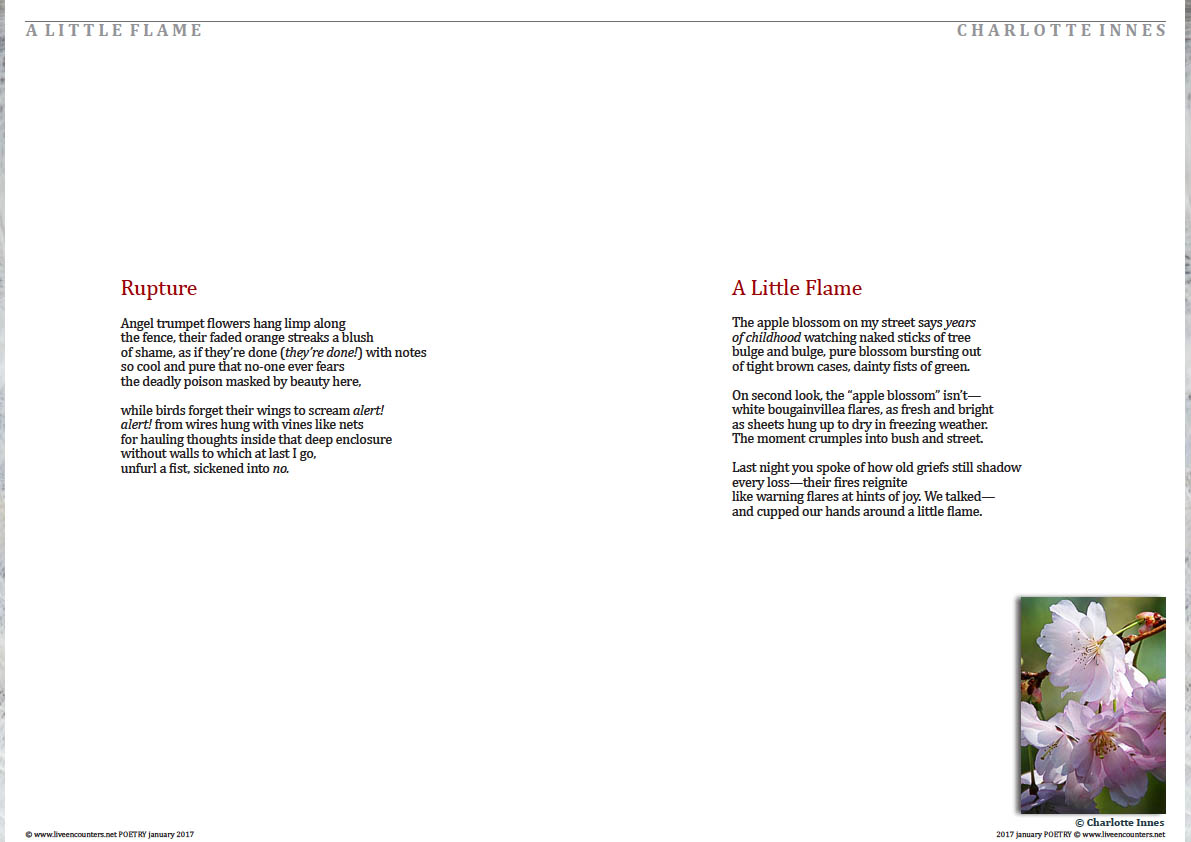