Bob shakeshaft is a regular reader on the Dublin open – mic scene since 2004. Bobs poems have appeared in Census Anthologies 2009/2010. Also in Agamemnon dead 2014 an anthology edited by Peter O’ Neill [poet] and Walter Ruhlmann. His poems appear in the New Ulster 40th. Edition. Several of his poems appeared in the Riposte, edited by Michael O’Flanagan [poet]. He has read at Skerries Soundwaves Festival.Also on Radio KFM. Liffey FM. And Dublin South Radio. Bob is a member of the Ardgillan writers group. 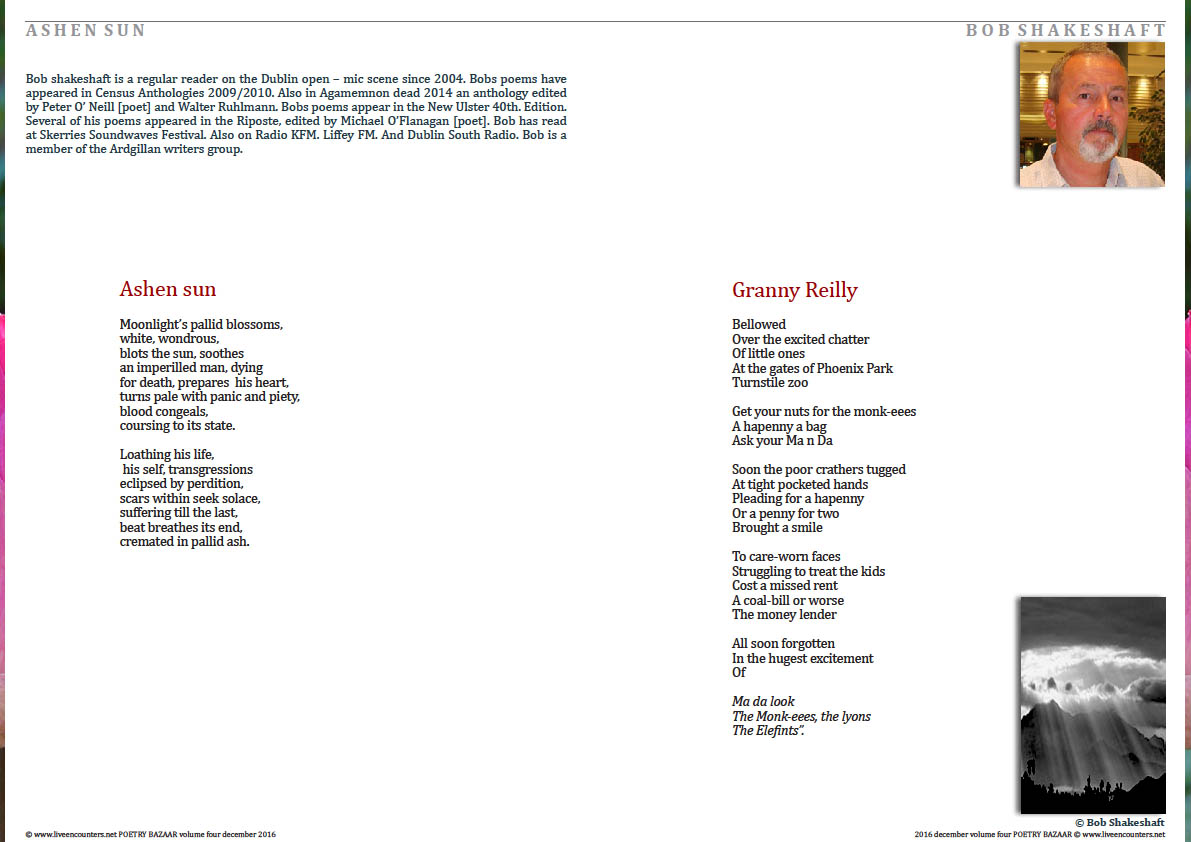 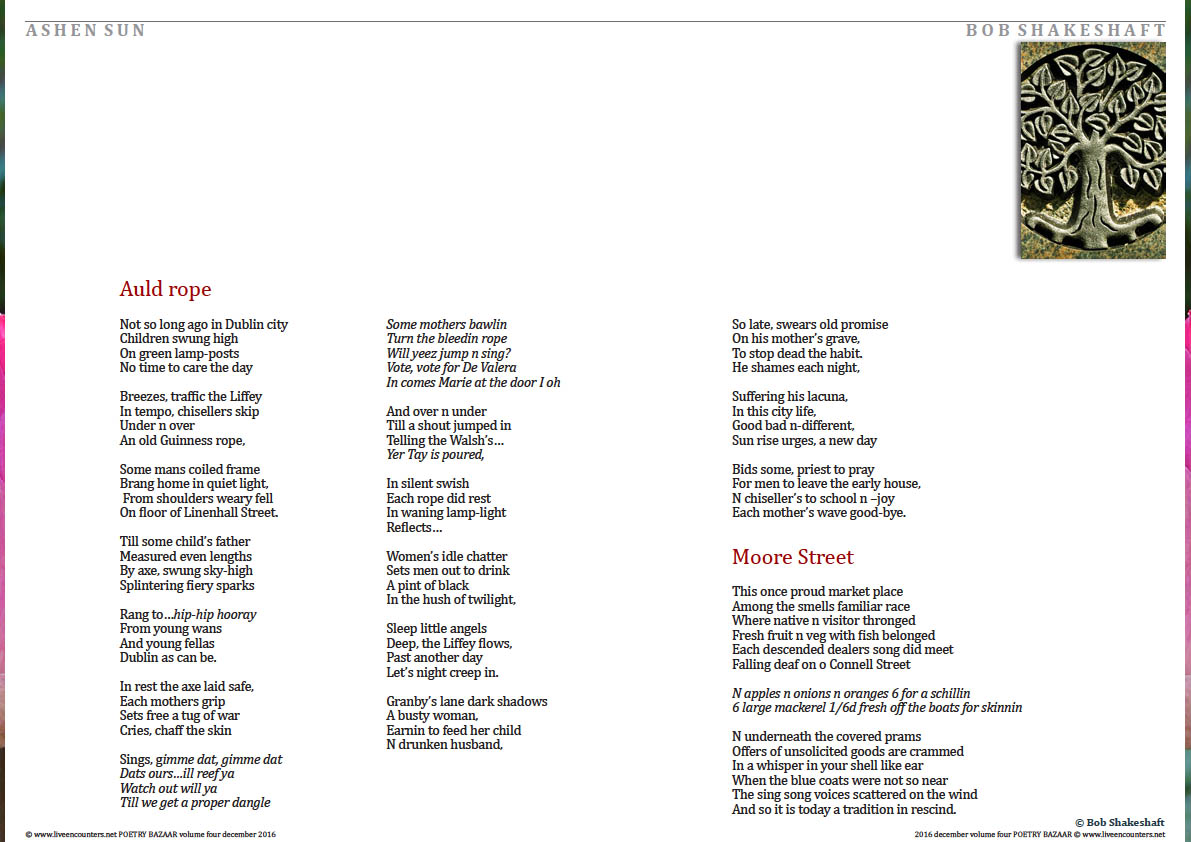