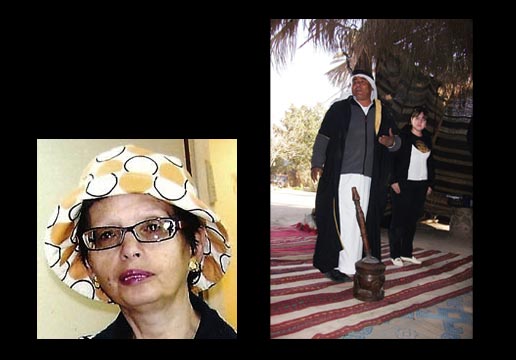 I’ve spent too much time recently worrying about artistic integrity. Perhaps I should instead save some of my energy for the unfounded and escalating row about Israel’s Bedouin, whose plight is being used quite shamelessly as yet another weapon with which to bludgeon Israel. If ever there has been a tale of false, fashionable agitprop it must be the way their cause has been embraced by the extreme left and its cohorts.

Even Anshel Pfeffer of the perennially anti-Israel Government Haaretz newspaper has noted that like the protests supporting illegal African migrants, the Bedouin are supported by nearly identical coalitions: the political parties normally associated with the ‘peace camp’, Israeli liberal and radical left-wing NGOs, financed to a large extent by funds from foreign foundations and European governments and a uniformly sympathetic international media”.

Here I offer a different, eye-witness version of the story, starting with a visit to a tourist-driven Bedouin encampment near Arad in southern Israel that we saw on a trip to the Dead Sea and Masada during our first year here.

On the day, we were greeted by a picture book sheik in full regalia, offered traditional delicacies while sitting in a circle on floor cushions in his tent and told a little of Bedouin life. This was great fun but gave us nothing of the reality.

More truth emerged some months later on a trip to Kfar Hivaled, near the northern Arab town of Shfar’am, when our guide explained that Bedouin society is not monolithic and that the residents of a nearby modern apartment block to which she pointed were upper-class Bedouin who disdained the life-style of their nomadic, desert-dwelling cousins!

Further, by a remarkable coincidence, a bare quarter-mile from where we live in Rabin, Karmiel dwells another group of Bedouin whose corrugated, rusty shanties offend many other local residents. As some of our near neighbours also include Arabs who live in ordinary modern property, we don’t understand why the Bedouin choose to live as they do, especially as they were offered a resettlement deal during the 1990s.

Some are sheep and goat farmers and we see them tending their flocks on nearby waste ground and in the surrounding Hilazon Valley. The shepherds don’t wear traditional dress but modern clothes, often with hi-visibility tops and baseball caps. One family has a ramshackle smallholding where we’ve noticed their odd conglomeration of horses and battered vehicles and hear a cockerel cackling at intervals whenever we walk nearby.

Late last year, The Electronic Intifada published a typically disingenuous feature in which the author interviewed a family who described themselves as ‘invisible citizens’ of Karmiel. But they are in no way ill-treated or undermined and their homes are an all-too obvious reminder of their presence. I can see no reason for their not accepting the resettlement conditions that are outlined in the E.I. report. As of December 2012, only two of 28 families had accepted the resettlement scheme and 13 months later, the nearby fresh land allotted to them still appears to be unused.

So I feel forced to agree with the Israel Ministry for Foreign Affairs that insists the Bedouin cause has been manipulated and abused by extremists, “many of whom are not Bedouin, (and who) chose to divert the open debate about a purely social and humanitarian cause into a confrontation, falsely linked to the Palestinian issue. Behind the recent violent protests lie alien interests rather than a sincere concern for the Bedouin rights to a higher quality of life”.

The now infamous Prawer-Begin Plan for Negev Bedouin resettlement was shelved in December 2013. I don’t believe their problems will be solved any faster than those of their Galilee counterparts. But let’s see.