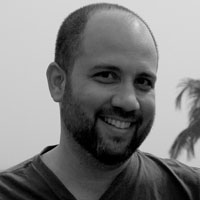 Please Note: This article by Steven Beck has been written in his personal capacity and not as a representative of IRAC.ORG. All opinions stated are solely his personal view and does not in anyway reflect those of the organization that he works for, which is IRAC.ORG. – Mark Ulyseas, Publisher/Editor

Steven Beck was born in Ohio and grew up in Florida. He moved to New York to pursue a Master’s Degree in International Affairs at Columbia University and stayed to work in local politics. After several years as a political operative in New York, Washington, DC and Ohio, He joined the Peace Corps and spent two years teaching computers in Togo, West Africa. Steven currently works in Jerusalem at the Israel Religious Action Center, the public and legal advocacy arm of the Reform Movement in Israel, as their Director of Israel-Diaspora relations. He lives in Tel Aviv with his fiancée Sari Ganulin. www.irac.org              mail: steven@irac.org