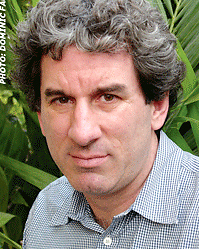 Prime Minister Abe’s government wants to tighten access to information and punish journalists or whistle-blowers who reveal facts that may be in the public interest.If the government isn’t prepared to bring the draft law into line with Japan’s international human rights commitments, the Diet should vote it down. Brad Adams, Asia director, Human Rights Watch

The Japanese government should revise the draft Special Secret Protection Bill to ensure it protects people’s rights under international law, Human Rights Watch said today. To meet Japan’s international obligations, the bill should explicitly provide protection for whistleblowers and journalists, strengthen human rights protections, narrow the definition of the “special secret” to such information that poses a serious threat to national security, and make sure that clear and restrictive standards to guide classification decisions will be put in place.

The Special Secret Protection Bill, currently being negotiated between political parties in the Diet, is expected to pass the lower house of the Diet early this week. The draft law would allow the government to reclassify as “special secrets” information whose “leak can cause a serious obstacle to national security” in the categories of defense, diplomacy, and so-called “harmful activities” and “terrorism”, and increase the penalties for releasing such secrets.

“Prime Minister Abe’s government wants to tighten access to information and punish journalists or whistleblowers who reveal facts that may be in the public interest,” said Brad Adams, Asia director at Human Rights Watch. “If the government isn’t prepared to bring the draft law into line with Japan’s international human rights commitments, the Diet should vote it down.”

Japan already has a comprehensive set of laws that regulate classification of sensitive information. The bill would impose even more serious penalties for leaking information that merely caused an “obstacle” to national security, without requiring any showing of harm or weighing such harm against the public’s right to know matters of importance to a democracy.

Under the International Covenant for Civil and Political Rights, to which Japan is a party, states may only limit access to information when “necessary” to protect national security, and only through the least restrictive measures, consistent with respect for other rights in a democracy. The Johannesburg Principles on National Security, Freedom of Expression and Access to Information, an influential set of principles issued in 1996 by experts in international law on the applicability of human rights protections to national security information, provide that “To establish that a restriction… is necessary to protect a legitimate national security interest, a government must demonstrate that: (a) the expression or information at issue poses a serious threat to a legitimate national security interest.”

The draft bill also punishes those who leak “special secrets” with up to 10 years in prison and a 10 million yen fine (US$100,000) but does not protect whistleblowers who disclose evidence of wrongdoing to the public. International standards require that whistleblowers be protected from criminal liability when the public’s interest in their revelations outweighs the harm caused by their disclosure.

While the existing Whistleblowers Protection Act protects workers from retaliation in the workplace, such as dismissal, it provides no defense to criminal liability. Moreover, journalists and publishers who simply receive, transmit or disclose leaked government information from others may bear criminal liability for those acts in the absence of any other criminality, a serious violation of freedom of expression. Japan would do better to craft protections for whistleblowers and media that are at minimum compatible with the Global Principles on National Security and the Right to Information (Tshwane principles), which are derived from current interpretations of international human rights law and state best practices.

Article 21 of the bill requires that human rights and freedom of the press be taken into account in the application of the law. However, it only legalizes the collection of sensitive information by those connected with the media, if the collection is not done by any “seriously unjust method,” a term that is undefined. This leaves many others who collect information in the public interest – such as academics, bloggers, activists or independent observers – without protection, and leaves the acceptable means of news-gathering up to the discretion of administrators and judges.

The bill also leaves standards for classification and declassification unclear. Frank La Rue, UN Special Rapporteur on the promotion and protection of the right to freedom of opinion and expression, and Anand Grover, UN Special Rapporteur on health, expressed concern that the bill fell short of the standard of maximum disclosure possible under the circumstances, especially in light of the recent Fukushima disaster and the withholding of information related to health risks. La Rue released a report in September on the right to truth, underscoring that there are some situations where the government may not withhold information, such as information on the commission of grave violations of human rights and related crimes.

Standards for classification and declassification are still under discussion, but there is no indication that they will show how the public’s interest should be weighed, or whether administrators will have to state in writing their reasons to classify and renew classification of documents, which would facilitate review. The bill should state that classification cannot be justified on national security grounds simply to protect a government from embarrassment or exposure of wrongdoing; to conceal information about the function of its public institutions; to entrench a particular ideology; or to suppress industrial unrest. Periods of renewal of classification after the initial five-year term should be subject to judicial challenge.

“In its current form, this bill makes the Japanese government much less transparent and contravenes Japan’s international human rights obligations,” Adams said. “The government should go back to the drawing board and develop a secrets law that recognizes the public interest and the right to information as a critical balance to government secrecy.”