Security Forces Fail to Investigate, but Arrest Reporters for Defamation

Journalists in Iraq face a double threat, from armed gangs gunning them down and prosecutors charging them, all because of what they write. The recent spate of assassinations of journalists has had a chilling effect on journalists, who risk being prosecuted by the very authorities that are supposed to protect them.- Sarah Leah Whitson, Middle East director 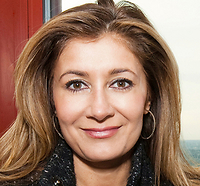 (Baghdad) – Four journalists have been assassinated in Mosul, the capital of Iraq’sNinewa Province, since early October 2013. Iraqi security officials have said they were investigating the killings, the most recent on November 24, but have not arrested or charged anyone in connection with the attacks. At the same time, Iraqi prosecutors have stepped up criminal prosecutions of journalists for defamation and have increased other harassment of journalists. Three journalists told Human Rights Watch in November that security forces arrested them and confiscated their equipment after they covered politically sensitive topics, such as poor security, corruption, and the government’s inadequate response to the needs of people affected by flooding. Another journalist told Human Rights Watch that police arrested him on charges of defamation, a crime in Iraq’s penal code, for an article accusing officials of corruption.

“Journalists in Iraq face a double threat, from armed gangs gunning them down and prosecutors charging them, all because of what they write,” said Sarah Leah Whitson, Middle East director at Human Rights Watch. “The recent spate of assassinations of journalists has had a chilling effect on journalists, who risk being prosecuted by the very authorities that are supposed to protect them.”

The killings in Mosul have made October and November the deadliest two-month period this year for journalists. Iraqi authorities have released no information about the results of any pending investigations into the killings, nor announced any arrests. The killings follow years of targeted violence against journalists in Iraq. Since the start of protests in Iraq in February 2011 over widespread corruption and lack of services, journalists have faced escalating attacks and threats, including from members of the government’s security forces. According to the Baghdad-based Journalistic Freedoms Observatory, 48 journalists in Mosul have been killed in violence since 2003.

In the latest killing, on November 24 unidentified assailants using automatic weapons shot and killed Alaa Edward Butros, a Christian journalist for al-Rashid television news service, as he sat in a coffee shop in the al-Majmua al-Thaqafeyya area north of Mosul. Gunmen shot and killed three other journalists in Mosul in October. Gunmen also killed two spokespersons for the Ninewa governor, Atheel Nujaifi, one in July and the other in October. Both had previously worked as journalists.

The al-Mada Press news agency, citing a source in the Ninewa police department, reported that security forces had “opened an investigation to find out more details about the assassination and who did it.” So far neither security forces nor the media have provided a reason for the killing. Christians in Mosul are frequently the target of attacks by armed insurgent groups like al-Qaeda.

Ninewa security forces made similar statements after the assassinations of the three other journalists in October, based on Mosul residents’ accounts to Human Rights Watch and local news reports. On October 5, gunmen shot Mohammed Karim al-Badrani, a television reporter working with al-Sharqiyyanews service, and his cameraman, Mohammed al-Ghanem, in Mosul’s central al-Sarjakhaneh market when they were reporting on the neighborhood’s preparations for an upcoming religious holiday.

On October 8, gunmen killed Saad Zaghloul, a spokesman for the Ninewa governor, in front of his home in Mosul’s al-Qadissiya neighborhood. In July, gunmen killed Nujaifi’s spokesman at the time, Qahtan Sami, then laid his corpse on the street while army officers looked on, accordingto a local news report.

A city with a mixed ethnic and sectarian population with a strong al-Qaeda presence, Mosul is historically one of Iraq’s most dangerous cities. Residents, including members of the local government – who belong to one of the most prominent parties opposing Prime Minister Nuri al-Maliki – complain that the central government’s policies of conducting mass arrests and unlawful detentions in the area have ostracized the population. “Mosul has two governments,” a local journalist told Human Rights Watch. “By day, it’s the local government, but at night, it’s al-Qaeda.”

Police announced investigations into the murders immediately following the assassinations, but have since released no information about the status of these investigations, including whether they have charged anyone in connection with the killings. Several witnesses, family members and journalists in Mosul who spoke with Human Rights Watch said that no Iraqi investigators have interviewed them regarding the assassinations. Human Rights Watch could not reach the Interior Ministry for comment.

Human Rights Watch spoke with several Mosul residents, including journalists and employees in local human rights organizations, who expressed skepticism about authorities’ promises to investigate. “How can gunmen kill two journalists in an open market when there are soldiers every five meters in Mosul?” said an employee at a Baghdad-based journalists’ protection organization. “Armed men shot them and then simply ran away, and no one bothered to stop them.”

Hassan Shaaban, head of the Center for the Legal Protection of Journalists, told Human Rights Watch that, “Terrorists are systematically targeting journalists,” but that “the government is not protecting people.”

A local judge told Human Rights Watch that local security forces “would not seriously investigate” the killings, and a representative of a local rights organization said that authorities would not investigate unless the victims’ families initiated complaints, which they are afraid to do. “Mosul’s journalists are caught between two fires,” said a journalist who fled Mosul after receiving death threats. “If they are not targeted by terrorists, they’re targeted by the government, which considers all Mosul residents terrorists.”

“Iraqi authorities give lip service to investigating these assassinations, but can’t even be bothered to interview the witnesses.” Whitson said. “They have not made a single arrest, or filed a single charge, against gunmen running around killing journalists in broad daylight.”

Iraq aggressively prosecutes journalists for allegedly defaming public figures and harasses journalists covering politically sensitive topics, Human Rights Watch said. Journalists are often prosecuted under article 314 of Iraq’s penal code, which criminalizes defamation and provides penalties of up to one month in prison or a fine of 50,000-250,000 Iraqi dinars (US$45-215). Shaaban, the head of the Center for the Legal Protection of Journalists, said he currently represents more than 10 journalists facing criminal charges.

The authorities charged journalist Zohair Fatlawi with defamation in November after he wrote an article accusing authorities in the central government’s Housing Fund, which finances housing projects and provides mortgages, of corruption and failing to provide services. Fatlawi told Human Rights Watch he had interviewed Housing Fund employees before guards ordered him to leave the building.

His article detailing the employees’ complaints of corruption and the Housing Fund’s poor performance was published in al-Mushakis newspaper and in electronic news websites. A senior Housing Fund official called Fatlawi on his personal cellphone and threatened to sue him if he did not remove the article, Fatlawi told Human Rights Watch.

On October 27, the Court for Media and Publications sentenced Fatlawi to three days in prison on criminal defamation charges based on the article. “The judges’ behavior shocked me,” Fatlawi said. “They questioned me as if I was a terrorist.” The judges ordered the police to transfer Fatlawi to Baghdad’s al-Muthanna police station, where they held him for three days in a cell with men charged with murder and kidnapping, he said.

Human Rights Watch opposes criminal defamation laws as a disproportionate and unnecessary response to the need to protect reputations, and because they chill freedom of expression. Iraq is party to the International Covenant on Civil and Political Rights, which protects the right to free expression. International human rights bodies have long criticized the use of criminal defamation laws, particularly in response to allegations involving public officials.

A journalist from Mosul who left the city due to threats on his life and now works in Baghdad, told Human Rights Watch that security forces “do not allow journalists to cover” politically sensitive topics.

Rasha al-Abadi, a correspondent for the Baghdadeyya news service in Najaf, told Human Rights Watch that security forces arrested her on November 21 while she was reporting on flooding in the area from heavy rains. Residents of neighborhoods throughout Baghdad and across southern Iraq have expressed anger about what they see as the government’s inadequate response to the flooding.

Abadi told Human Rights Watch that as she left a flooded house in Najaf’s al-Amir neighborhood, police vehicles surrounded her, and Najaf’s police chief arrested her and her cameraman without showing a warrant. She said police confiscated her cellphone and camera equipment, took them to the Najaf police station, and refused to tell them the charges against them. Police released Abadi and her cameraman five hours later, after repeatedly demanding that she sign a statement pledging that she would no longer work in the media, which she refused to do. Police have kept her equipment, she said. Abadi said she still does not know whether there is a case against her.

“If security forces are concerned with security, they should use their time and energy to ensure that journalists can work safely rather than to go after journalists like Fatlawi and Abadi,” Whitson said.