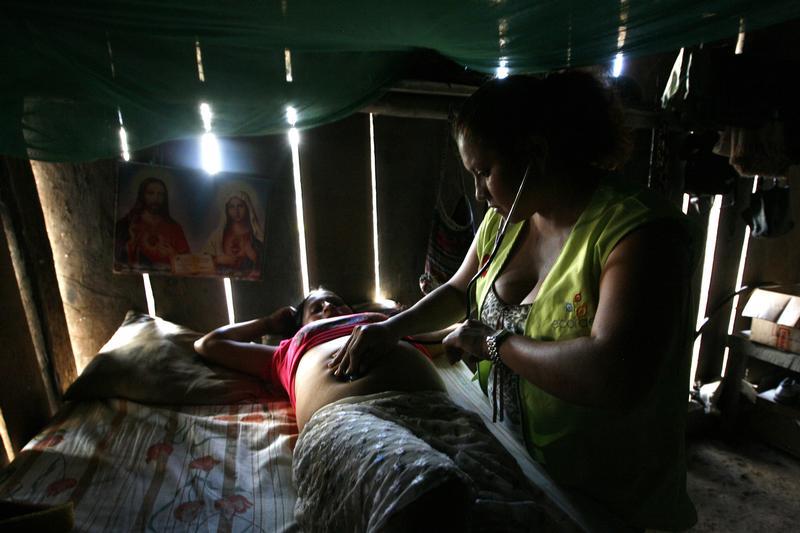 “A woman or girl who has suffered the trauma of rape shouldn’t have to face the prospect of going to jail if she chooses to get an abortion. Criminalizing abortion for rape victims not only violates women’s and girls’ rights, it may put their health or even their lives at risk.” Amanda Klasing, Americas women’s rights researcher

(Washington, DC) – Ecuador’s restrictive abortion laws put the health and even the lives of rape victims in danger, Human Rights Watch said in a report released today. In late August 2013 the National Assembly is expected to debate major changes to the criminal code. It is unclear whether a proposal from a 2012 assembly discussion of lifting penalties for abortion in all rape cases will move forward in the 2013 debates.

The 26-page report, “Rape Victims As Criminals: Illegal Abortion after Rape in Ecuador”, found that Ecuador’s criminal code limits women’s and girls’ reproductive rights by prohibiting abortion with few exceptions, even in the case of pregnancies that result from sexual violence. The criminal code imposes penalties including prison terms ranging from one to five years for women and girls who obtain abortions. Medical professionals who provide them are subject to harsher penalties. These penalties drive some women and girls to have illegal and unsafe abortions, thwarting Ecuador’s efforts to reduce maternal mortality and injury.

“A woman or girl who has suffered the trauma of rape shouldn’t have to face the prospect of going to jail if she chooses to get an abortion,” said Amanda Klasing, Americas women’s rights researcher at Human Rights Watch. “Criminalizing abortion for rape victims not only violates women’s and girls’ rights, it may put their health or even their lives at risk.” The National Assembly should ensure that all women and girls who have been victims of rape can get comprehensive health services, including abortion if requested, Human Rights Watch said.

The National Assembly should also modernize the more than 70-year-old language in the criminal code by removing an offensive and vague exemption from punishment for abortion for “idiot and demented” women and eliminating penalties for all voluntary abortions, including in cases of pregnancies stemming from rape.

President Rafael Correa has made public statements, including on his Twitter account during the July 2012 debate on updating the criminal code, that he would veto any legislation that expands conditions for legal abortion in the criminal code. President Correa should abandon a position that could result in further harm to women who have been raped.

Between May to July 2013, Human Rights Watch interviewed 37 women and girls, almost half of them Afro-Ecuadorian or indigenous, who had sought reproductive health care or services for gender-based violence, as well as 22 officials and women’s rights experts, and 45 medical professionals from both public and private health facilities.

Official data show that complications from abortion – whether a legal abortion or one procured illegally – killed at least 10 women or girls in Ecuador in 2011. The number of women or girls who died from unsafe and illegal abortions may be higher, because such deaths may be recorded as deaths from medical conditions related to these abortions, but not directly attributed to abortion in the statistical reporting. Some of the 93 deaths attributed to postpartum hemorrhaging, sepsis, and “unspecified” deaths that year could be the result of unsafe abortions, Human Rights Watch said. Hospitals in Ecuador treated more than 23,000 cases of disease, disability, or physical harm related to “unspecified” abortions in 2011.

A doctor in Quito told Human Rights Watch about a case of a 24-year-old woman who arrived at the main public maternity hospital in Quito with a uterine perforation and internal bleeding from an unsafe abortion. Though the doctor and colleagues took emergency measures immediately, the woman died in the doctor’s arms, he said. “[When abortion is illegal], women live through abortion alone,” he said. “All the information about the abortion died with her.”

Women and girls in Ecuador suffer high rates of violence, including rape. A 2011 government-conducted nationwide survey of almost 19,000 households in all 24 of the country’s provinces found that 60 percent of women respondents had experienced some type of gender-based violence in their lifetimes; 26 percent reported sexual violence.

At a health clinic in the city of Santo Domingo in Tsachilas, two medical professionals in separate interviews told Human Rights Watch about a woman they treated twice for post-abortion care, in April and June. Both medical professionals had prior evidence that the woman had a violent intimate partner. But they did not question the woman further about violence by her partner or refer the abuse case to authorities for fear the woman could be prosecuted for self-provoking her abortions.

Human Rights Watch found that including abortion as a criminal offense in Ecuador’s criminal code:

• Hinders the detection and prevention of sexual and gender-based violence;

• Contributes to maternal injury and death;

• Perpetuates negative stereotypes and inequality of women and girls with disabilities.

In the interest of improving protection for women and girls in Ecuador against violence and respecting their rights – including the rights to life, physical integrity, health, and nondiscrimination – Ecuador’s government should remove criminal penalties for abortion. It should immediately eliminate penalties for all women and girls who seek abortion as a result of sexual violence, and strike all demeaning language in the criminal code referring to women and girls with disabilities.

“Women who are victims of rape should not then be made victims of the government when they choose to terminate pregnancies,” Klasing said. “Ecuador’s lawmakers should seize the opportunity of criminal code reform to remove the dangerous restrictions on abortion, in particular after sexual violence.”