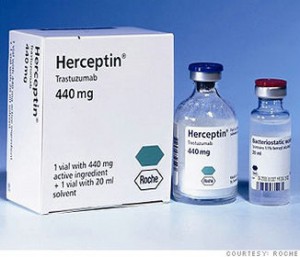 August, 16 August 2013, New Delhi – Swiss pharma major Roche has just announced that it is relinquishing the patent for its breast-cancer drug Trastuzumab (Herceptin) in India. The announcement comes in the face of mounting challenges – from both civil society and the Ministry of Health – to Roche’s monopoly on this life-saving drug.

The Campaign for Affordable Trastuzumab welcomes the announcement, that comes appropriately on India’s Independence Day and brings hope of a disease-free life for the thousands of Indian women who are battling HER2+ breast cancer.

Now that the patent barrier has been removed, the Campaign urges generic manufacturers to come forward immediately and apply for licenses to manufacture and market biosimilars of Trastuzumab.

We call on the government to take all necessary measures to speed up the development of biosimilars of Trastuzumab. Development and clinical trial of biosimilars should be publicly funded, and fast-track processes put in place for regulatory approval, as well as for access to Trastuzumab through the public health system.

As we have pointed out earlier, the Indian patent on Trastuzumab has been granted in violation of the provisions of the Indian Patent Act and stands on very shaky legal ground. A post-grant opposition to this patent has been pending with the Kolkata Patent Office for more than five years. Earlier this year, the Cancer Patients’ Aid Association had also moved for the revocation of the Trastuzumab patent.

Official unresponsiveness to these communications has allowed Roche to misuse this frivolous patent to implement a predatory pricing policy and block generic entry for more than six years. The human costs are enormous – more than a million women have been diagnosed with HE2+ cancer in the six years that this patent has been in force, with less than 10% of them able to access the drug.

Roche’s decision to relinquish the Trastuzumab patent should not be mistaken for altruism – it is a face-saving gesture in response to the eroding legitimacy of both the patent and the pricing policy in India. It is also a tactical move to avoid compulsory licensing, which would have much more serious and far-reaching implications for its plans in the Indian market. Roche is already questioning the approval given to Dr Reddy’s Laboratories for the production of a biosimilar version of the lymphoma drug Rituximab, which will pose stiff competition to Roche’s MabThera. Roche is also planning to launch successors to Trastuzumab in the US and European markets before 2014, when biosimilars can be expected to enter the market.

Trastuzumab is not the only case where patent barriers are violating the right to life of Indian citizens. Our work reveals a consistent pattern of bureaucratic maneuvers to delay and deflect legal challenges to patents held by some favoured players. There is an urgent need for review and strengthening of the system for screening applications and awarding patents, as well as closer oversight of the functioning of patent offices. This is an issue on which we will continue to focus.

We hope the outcome of this case will strengthen the resolve of our government to resist arm-twisting by big pharma and their backers in the global North and continue to take a tough line on patent issues in international trade negotiations. Millions of people across the developing world look to India to defend and expand their access to life-saving medicines at affordable prices. The message is clear – the right to health cannot be held hostage to the greed for profits of pharma majors.

Note: The Campaign for Affordable Trastuzumab – initiated in November 2012 and endorsed by over 200 Indian and global patient associations, cancer survivors, health movements, women’s rights activists and eminent jurists – has been working to highlight the lethal impact of Roche’s predatory pricing policy on women with HER2+ breast cancer, and has been urging the government to allow production of biosimilars of Trastuzumab. The Campaign’s arguments were vindicated earlier this year with the recommendation for compulsory licensing for Trastuzumab by an Expert Committee set up by the Health Ministry to look into the issue.