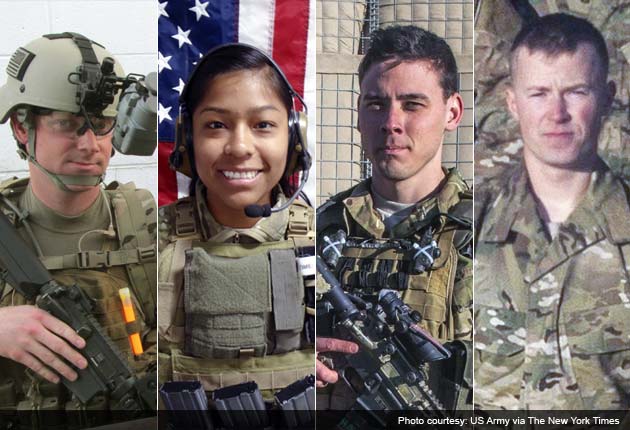 NEWS REPORT
Washington: The families of four soldiers killed in Afghanistan last weekend will not receive death benefits or the money to pay for their funerals because of the government shutdown.

The bodies of Sergeant Patrick C Hawkins, 25; Pfc. Cody J. Patterson, 24; Sergeant Joseph M. Peters, 24; and First Lieutenant Jennifer M Moreno, 25, will arrive at Dover Air Force Base in Delaware on Wednesday. The four soldiers were killed Sunday in the Zhari district of Kandahar province when enemy forces attacked their unit with explosives.

But if their families want to meet the plane, they will have to pay their own way to Delaware.

Under the shutdown, Carl Woog, a Defense Department spokesman, said Tuesday, “the Department of Defense does not currently have the authority to pay death gratuities and other key benefits for the survivors of service members killed in action.”

What a shame that ordinary Americans can’t honour their dead. When will this political brinkmanship end?