Teddy and Bryan: A Boy and His Dog by Katie Costello. 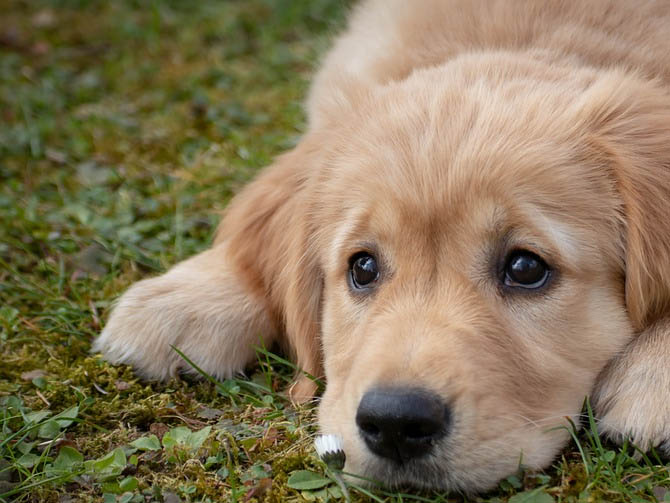 I awoke one cold, snowy morning and decided to check my emails. I started a therapy dog group in Youngstown, Ohio area called K-9’s for Compassion and belonged to a virtual group for therapy dogs. The list commonly spreads tips and tricks for when visiting with your animal. Interestingly, on that fateful day there was a misguided message that grabbed my interest. It was from a mother in New Jersey; her son, Bryan, was terminally ill, and she was looking for a golden retriever that he would name “Teddy”.

At first, it struck me as bizarre that this message even made it onto the group’s page. This is a group of people that already have dogs, and most have already tested through one of the national registries.

My first concern was that I was going to place a dog in a good home; a home where the dog would have the best possible life. I needed to be certain this home would be for the life of the dog. I wanted to find out as much as I possibly could about them, Bryan, his mother, their lifestyle, and their dog knowledge. I contacted Bryan’s mother, Karen, and asked for her email address; I sent a four-page application quizzing her about every aspect of their lives.

Within a few days, I received the application back along with a letter. The letter explained how Bryan has cystic fibrosis, seizure disorder, and ADHD. Bryan had two wishes to Make-A-Wish foundation: The first was for a golden retriever and the second was to go to Disney and swim with the dolphins. Make-A-Wish foundation sent him to Disney World, and his mother was trying to figure out a way to grant his second wish.

I went through the references she sent to me and called them. One of my concerns was that Bryan possibly shouldn’t even have a dog, so I called his physician who said that a dog might be the best thing for him! My first thoughts were to go to a golden retriever rescue group to get him a dog, work on some basic training, then drive him from Ohio to Bryan in New Jersey. However, one of the members of my therapy animal group was a golden retriever breeder and worked with a local golden retriever rescue, so I started there. Much to my surprise Vonnie Peterson said she would donate one of her puppies to this little boy. We were elated by the prospects of his wish really coming true!

We waited for her next litter of puppies and Vonnie handpicked a male from the group, which is specifically what Bryan wanted. He was a big, sturdy boy, and Bryan had already named him Teddy. I made the decision that Teddy would be neutered before he ever left the area. My now husband, Dr. Samuel Costello, of Town and Country Veterinary Hospital in Warren, Ohio agreed to do the surgery for me at no cost. He was neutered, and we gave him a few days to recover.

We decided that May 26, 2001 would be the day that we would make the drive to take Teddy to Bryan. Several friends were anxious to be part of the fun. We decided to make a whole day of it and go to New Jersey and deliver Teddy then head into New York City for a little fun before driving home.

I went to a local pet store and asked if they would donate any items to go with Teddy. Pet Supplies Plus donated many items including a big bag of food, a collar and leash, a big dog bed, some bones and treats, toys, and a large food and water stand. They gave us everything a dog could need! We loaded them into the car for our soon to be journey. Being a huge fan of both authors Jack Kerouac and John Steinbeck, I couldn’t help but compare the trip to “On the Road” or “Travels with Charley”. What fun!

The night before we left, the local media caught wind of the story, and we were bombarded by every news station and newspaper in our area. It was wonderful to have them taking pictures of Teddy and wishing us well. People continued to come to my house to drop off more toys and food that evening. It was truly a community coming together for this little boy and this terrific story! The story was bigger than I could have imagined!

We woke up at 3:00 AM to leave. Teddy rode very well in the car; little did he know he was going to have a big role when he arrived in New Jersey. We all talked the entire eight-hour drive about how awesome it would be to see this story finally unfold and see the look on Bryan’s face. We had made a banner to put across the back of the car that said “Teddy is making his way to his forever home with Bryan in N.J.” We arrived in New Jersey about 12:00 PM.

When we pulled up to the house, there were several children in the street and a golden retriever flag hanging. I was certain this was the right house! We stepped out of the car, and I said, “Which one of you is Bryan?” One boy stepped up and said, “I am Bryan!”, so I pulled Teddy out of the car. Screams of joy came from Bryan as he ran to his new puppy, grabbing him and hugging him tightly to his chest. Karen walked out of the house and tears filled everyone’s eyes. Bryan walked with Teddy over to the grass and began rolling on the ground and playing with him. We were all snapping pictures and New Jersey media started to arrive. This was one famous puppy!

Karen had made a lot of food for everyone. We walked into the house, and there was Teddy’s large crate with more toys and more food. This was already one much loved puppy! We talked to the media, Bryan, and Karen. It was an overwhelming day, emotionally and physically, but one that I wouldn’t have changed for the world.

We stayed for several hours visiting and letting them get to know Teddy. When it was time to leave, Karen and Bryan both said tearful goodbyes. Sometimes strangers aren’t strangers at all. Sometimes it is like you have known each other for a lifetime. As we were leaving, Bryan and Karen were running down the street waving goodbye. I watched in the rear-view mirror as they faded into the distance. Somehow, I knew that this wouldn’t be the end of the Teddy story!

Karen and I keep in contact, even to this day, but at the beginning we talked nearly weekly. Teddy grew into a beautiful adult dog, the best dog in the world, as they reported to me. When Bryan isn’t feeling well, Teddy lays next to him until he feels better. When Bryan is in the hospital, Teddy cheers Karen up. They both report loving this dog so much and say that he has made their lives complete. A mom, a boy, and his dog have all found a deeper love that extends beyond human understanding. And so, off in the evening light of a New Jersey May day, we drove into New York city with smiles on our faces, a story that has proven to follow us everywhere, and imprints of a great dog and family in our hearts.

Karen and Bryan mailed me a big photo album filled with Bryan and Teddy and their adventures since May 2001 when Teddy arrived. The album proved that Teddy indeed had had a great home. He went everywhere with them, and he had more toys than most children! The photo album brought back a whirlwind of memories of that happy day and the pride I have from being able to be part of making a wish come true.

Sadly, in 2013, Teddy was diagnosed with cancer and even though they tried everything, nothing could save him. It was so sad to hear and heart breaking to not be able to do more. After several years, they were able to see only the happy memories. I am sure Teddy is sitting at the rainbow bridge waiting to reunite with his family. As for Bryan, he is doing as well as he can be, as has many hospital visits. To this day, he misses Teddy tremendously.

Katie Costello was born and raised in Hubbard, Ohio, USA. Her greatest passion in life has always been to help animals. She is lucky enough to be a licensed veterinary technician and owner of The Canine Campus Training and Wellness Center and The Canine Campus Bed and Biscuit Inn, where she helps animals through behavior work, does training of all types including aggression, fear, and service dog work. A vegetarian since she was 6 years old and a vegan for the last 15 years, she currently has 7 dogs, 5 cats,  7 chickens,  3 roosters, 1 very special turkey  and 2 farm pigs that are amongst her dearest friends.

She is founder of 2 non-profit organizations, K-9’s for Compassion (Co-founded with her father), a therapy animal group and The Together 3 Journey, a service dog organization. She has been on the board of many animal organizations throughout her life, including Happy Trails Farm Animal Sanctuary and C.H.A.I.N. (Community Helping Animals In Need) and SVBT (Society of Veterinary Behavior Technicians) She enjoys freelance writing about (mostly) animals for different magazines, with her favorite being Live Encounters!