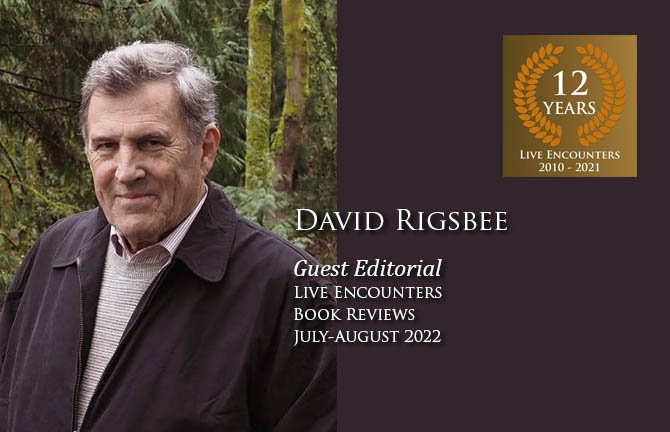 I had been reviewing poetry collections, off and on, since the late 1970s. It seemed to me then—and it does even more so now—that the best poetry collections were due fair consideration, which is to say a sustained and careful look, after the cork-popping of publication. I had been aware that not a few really commendable collections, including those of established poets, can emerge only to face a mysterious and frightening silence.

At that time (i.e., late ‘70s), I taught English at the University of North Carolina in Greensboro, a storied department that had boasted Randall Jarrell among its faculty eagles. By the time I got there, Jarrell’s posthumous legacy was assured. He defined and embodied that rare hybrid creature, the poet/critic, and his assessments, sometimes strict, were taken by many as scripture. For Jarrell, poets were thinkers too. His celebrations, likewise, marked him as a fair, often amiable judge. The seriousness with which he undertook the rescue of Whitman and Frost, whose works were mired in the lip-service of high school teachers and the namers of Interstate rest stops, seemed like inspired reclamations.

It had been over a decade since his death, but his spirit still hovered angelically over the department. By the time I arrived, the writers included Fred Chappell, already a regional icon, whose stories and precocious novels were by then making their transformative way into poems. There was Robert Watson, an urbane and capable poet, whose work was published by Atheneum, also known at the time as the Rolls-Royce of poetry publishers. Of this imprimatur, we were impressed. Tom Kirby-Smith wobbled down the hallways, an almost preternaturally shy (and perhaps as a result a little-known) poet who was also an amateur astronomer.

Finally, there was a young, promising novelist, Lee Zacharias who seemed positioned to steer an ever-upward career. I had met Mary Jarrell shortly after joining the department. Indeed, she appeared at my first poetry reading at the university, sitting on the front row. That community clued me in to a kind of generational caretaking that was to characterize the place.

However, the first review I ever wrote turned out to be a reverberating faux pas. I had been assigned to review Bob Watson’s latest collection for a local literary newspaper. Bob and his wife Betty had become friends with my wife Doris and me. We often met for dinners, drinks, and parties. Coming to UNC-G from Hamilton College, where I had my first job, gave Bob the impression that I was a northerner of the old school: tweedy, wit-calibrated, a gentlemanly pushback to the southern status quo.

Fred Chappell held the same misbelief, not knowing I had been born and raised just down the road in smoky Durham and hence accused me one night of being a Yankee, reeking of Yankee superiority and inauthenticity. On discovering his mistake over dinner and drinks one night, he smacked his brow and, lurching to apologize, fell out of his chair onto the restaurant floor. In retrospect, of course, I see this in slow motion. The manager invited us to leave. Nonetheless, soon after, I was cheeky enough to accuse Bob Watson of not being ambitious enough in print, and he took offense, retreated into silence, and subsequently dropped me altogether. I found that I missed his company.

Moreover, it never occurred to me that 1) he expected a fair assessment, only to get a comeuppance from a mere instructor (he was a full professor) and 2) his book may not have had other reviews. I made the lame excuse that I had only declined to grade on a curve. Was this a hill I was willing to die on? It was absurd, but I didn’t stop there.

When I had moved on to LSU in Baton Rouge, Louisiana in the early ’80s, I began reviewing new collections for Magill’s Literary Annual, a roundup of “serious literature,” intended for libraries. I reviewed Paul Blackburn’s Collected Poems, Louise Glück’s The Triumph of Achilles, and Brad Leithauser’s first collection, Hundreds of Fireflies. With the latter, I found issue with what I took to be Leithauser’s simultaneous bringing up, then playing down, his efforts to wriggle out from under the taint of his unpoetical education at Harvard Law School. I took it as self-aggrandizing and disingenuous and painted the whole collection as the timid, formalist work of a privileged, spoiled brat. A few months later, I received a lengthy letter from Leithauser begging to correct me by insisting that neither his intentions nor his finished work was evidence of special pleading.

I was once more chagrined that I had written the review as I did. It was personal, and that wouldn’t do. I didn’t even know him. Soon after, I reread his work without putting my gun on the table and began to see what went into making poems in his own eyes. I gradually became an admirer of the fineness of his imagination and of the finish he afforded his work, far more polished than what I was capable of at the time. I’m sure there was envy too, on that score, and it didn’t occur to me that my framing of the review might have taken the turn it did, thanks to unacknowledged motives. It was also a review you could look up years later in the infallible reference section.

For the next decade, I rarely did reviews, and the ones I managed weren’t about poetry. For instance, I reviewed Ray Monk’s Ludwig Wittgenstein: The Duty of Genius, a biography of the philosopher whose work has bewitched so many poets (Wittgenstein himself confessed that he could never understand poetry). I also undertook a series of introductions to southern poets to accompany a critical anthology that poet, publisher, and translator Steven Ford Brown had proposed. Over the course of several years, I undertook to write assessments of James Dickey, Nikki Giovanni, John Crowe Ransom, Donald Justice, Robert Penn Warren, and a dozen others.

After Invited Guest: An Anthology of Twentieth Century Southern Poets came out in 2001, I was invited by the editor of the newly founded online magazine, The Cortland Review, to become a contributing editor, specializing in book reviews. The concision required for Invited Guest gave way to the opportunity to write capacious, even meandering reviews, unrestrained by word count, where I could relax and think about each poet in extended terms, including many sidebars.

These essay-reviews were collected in Not Alone in My Dancing: Essays and Reviews, that came out in 2016. In these pieces, I tried to bring back a degree of subjectivity that would allow me to describe what reading poems was like as an experience, an aesthetic experience. It has been noted that standing in front of a work of art can often as not leave one speechless. Karl Ove Knausgaard, who is doubtless the most loquacious writer alive, wonders in My Struggle why the experience leaves him feeling vulnerable and witless.

A similar sense of feckless engagement can accompany the reading of poetry, as can attending readings. Poems, like paintings, are dense with implication and leverage nuance in the pursuit of bits and vistas that lie beyond the ambit of language. They also pursue and summon—the best ones, at any rate—feeling.

This was once explained to me as the basis of reader-response theory, namely, what it feels like to be me reading you. If you cannot redescribe the poem you have read, you can still describe the feeling it gave you, and feeling is not a wispy change in self-management. It’s a visceral core in that it underlies the effects of sensation, securing the unfolding of anything (and everything) else. My friend the poet and memoirist Rodger Kamenetz recently discussed this aspect of poetry’s invisible torque in an essay on Wordsworth, for whom “all things, and all persons, have a palpable presence out there and also within us– and if given attention, evoke feeling.”

The observation bears on reviewing. When I write a review, I not only want to suggest the shape and valence that emerges in a collection, but how it feels to have read it. This is not analysis or the “explication” with which I and so many others were trained during
the reign of the New Criticism. It’s not the unpacking of rhetoric’s legerdemain or following the Reese’s Pieces of image trails. It’s to say how the poem shifted our most fundamental state and somehow enlarged the range of our experience. That kind of response bears revealing, it seems to me, by the reviewer. It can go by the name of “appreciation,” but that term is jejune, seeming to acknowledge the reader’s (and reviewer’s) subaltern position. Rather, poet and reviewer stand in a commensurate relationship with respect to the words under review.

My job as reviewer is to describe what is offered, just as my job as a poet is to summon the offering. This brings me back to subjectivity, a vexed subject for some good time (and for some good reason) in the world of literary criticism. Subjectivity is unavoidable, I am happy to think, and regardless of school or trend, knowing how I align with the poet’s utterance (and occasionally even now, song), is analogous to the other bonds by which we navigate the sheer relativity of our lives. Reviewing assumes that plurality. It is a kind of more committed reading.

I come back to the poet-critics whom I admire: Dan Chiasson, Charles Simic, Robert Hass, Adam Kirsch, William Logan (despite his demystifications and pugilistic style). They are upholding something important, without which Knausgaard would be standing forever dumbfounded in front of Munch’s The Scream. It’s the Mona Lisa smile on the face of Randall Jarrell as he cranks the engine of his Mercedes and drives off to class. It’s what Linda Gregg meant when she said that reading poetry (in her case, Jack Gilbert’s) was “like being alive twice.”

When I was writing on Randall Jarrell for the southern anthology, I sat down with his widow Mary and brought up the subject of his untimely death, and she insisted, looking into my face: “It was not a suicide, and you must not write that it was.” I imagine that if we can be alive more than once, we can make the case, sub specie poiesis, that she was somehow right.