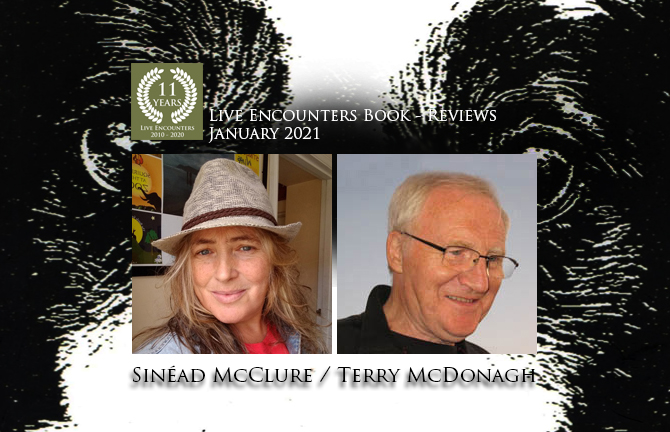 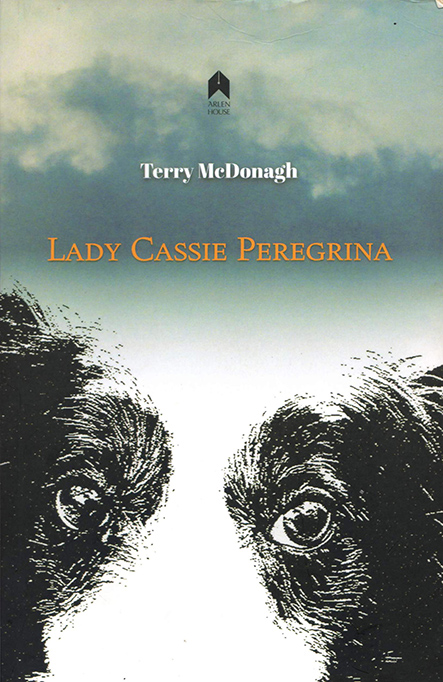 “It seemed like only yesterday
a dark beast lurked
under my skin, but now
that I’ve found family
I don’t have to be afraid anymore.”

The opening words from the opening poem in the book Lady Cassie Peregrina still gives me a shiver. I recall the day I placed the book between the soft folds of a dressing gown. A dressing gown unworn, the book as yet unread. Just hours before I had agreed, on my husband’s edict to—bring Terry’s new book, the one about the dog— back to the hospital with me. When I arrived at the hospital I was told my husband had suffered a full-blown stroke.

He couldn’t walk or talk. A dark beast was lurking and I was very afraid.

As the days moved on and he regained some physical strength, the speech therapist explained what happened in a way we both could understand;

“Imagine his brain was like a library of books that had collapsed, pages have been ripped apart, phrases, words, and sentences jumbled up together.”

His stroke—on the left side of the brain—had badly affected his language centre. Terry’s book sat on the side cabinet unopened, Lady Cassie looking back at us, her kind border collie eyes, all-knowing.

There has been a lot of hard work, time, and patience involved in my husband’s recovery, picking up Lady Cassie Peregrina and reading aloud was just the start, these words ringing true in, Nothing is as it seems;

“Even if I can’t read or write
I can imagine sun flooding a page,
an armchair out on high waves,
a mouse whistling in an attic
or I can tune in to the true note
in a creature heart.”

Of course, Terry is holding the pen, and he is a master at finding Cassie’s voice. Anthropomorphising? Yes, how else do you give voice to an animal, but this is a very perceptive imagining of what is going on in Cassie the rescue dog’s mind. Terry does what a good poet does well, by allowing inner thoughts to elucidate he is bringing to the surface just enough information so as a reader we place ourselves with this border collie. Ponder her predicaments, even contemplate them, as if they are our own. He then cleverly interweaves his thoughts throughout the book. It is this juxtaposition of human and dog that allows us to reach beneath the words even more.

The two—dog and poet—appear forever separated, even when it comes to the layout of the book.  Cassie gets the first section, a rescue dog, happy but still finding her feet experiencing life in Cill Aodáin, Co Mayo. She, like the poet, digs through the bones of her past, though she is more fearful to tread there. We know Cassie is grateful to be here. There is a tenderness to these opening poems. Cassie talks about her daily routines, her first time in a car, her embarrassing habits, her warm Foxford blankie, about the flora and fauna of Mayo, and her fears become realisations as she scratches at “the incomplete backbone of her previous owner”.

The second section of the book is Terry’s and his journey with Cassie through the same ancient landscape. Cassie becomes the cyclists’ companion running alongside as Terry navigates the byways and boreens of his childhood, Cassie strides ahead, enjoying new freedoms, cautious not to ponder on the past.

When we shift back to Cassie in section three she is on an apprehensive journey through Europe. Her thoughts, we find out, are quite distinct from the writers, at this point. Terry the traveller is well used to the journey across Europe, but still learning and sharing new things through the road poetry of section four. When Cassie is fearful though it seems Terry is also unsure, as evoked in a Mirror to Self;

“We’ve been in Ireland for a year.
In that time, we’ve acquired
a dog—a true friend.
Cassie,
should we go or should we stay?”

We find that although each section is divided between dog and poet, both are essentially taking us on a journey, and we are eager to see if these journeys coalesce at their destination.

Cassie is the first to speak of new territory. She returns in section five, a dog on the continent. She lacks confidence but is hopeful. She remembers watching rabbits in Mayo, running free, now she’s careful not to step off the kerb, and wonders what lies ahead. Therein lies a message of hope for the journey to continue, as simple as life is, the small wonders and discoveries and the encounters we make that colour our perspectives along the way. Coming full circle, as the poet does in the final section;

My husband didn’t tell me until months into his recovery that when he had tried to read Lady Cassie Peregrina from his hospital bed his eyes wouldn’t settle, he couldn’t focus on the words, they danced about on the page. This meant that reading was impossible and it was his first frustration. However, I realised later on that the act of wanting to pick-up the book was a sign that in time everything would be okay.

In those early days reading aloud poems many of which from the perspective of an animal without the ability of speech, struck such a chord in both of us.

This surely is the measure of the poet’s success with the book Lady Cassie Peregrina, that beneath the silence we heard her voice too.

We know Cassie is a valued companion, man’s best friend, faithful and trusting.  Her journey and the poets do coalesce, because the book is all about home, finding home, and what defines home and where the heart of it lies. Maybe, just like Cassie, comfortable in herself on her back all four paws pointing upwards. We too, thank doG, every day.

Sinéad McClure is a writer, radio producer, and illustrator. Her poetry has been published on Poethead, Live Encounters ~ Poetry & Writing, Crossways Literary Journal, The Cabinet of Heed, StepAway Magazine, and The Ekphrastic Review.  She was shortlisted in the Hanna Greally Awards in October 2020. Sinéad has written 15 dramas for the National Radio Children’s Service, RTEjr Radio.  Originally from County Dublin, Sinéad lives in rural Sligo with her husband Jho and their border collies, Ruby and Deacon.