Ernie LaPointe, Great Grandson of Tatanka Iyotake (Sitting Bull) Buffalo Bull Who Sits Down who was a Sun dancer, Medicine Man and Chief of the non-treaty Lakota, speaks to Mark Ulyseas in an exclusive interview.

Sitting Bull: His Life and Legacy by Ernie LaPointe www.amazon.com

This article was first published in Live Encounters Magazine, April 2015. 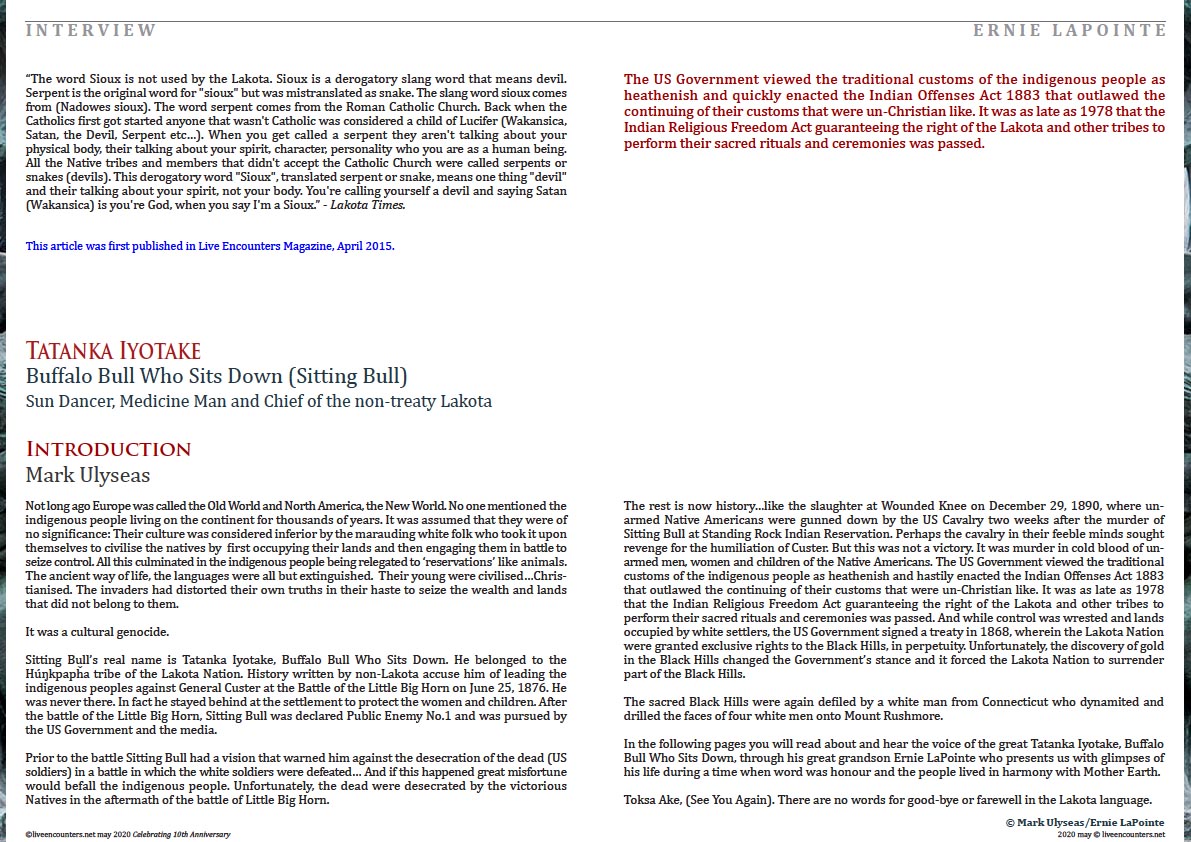 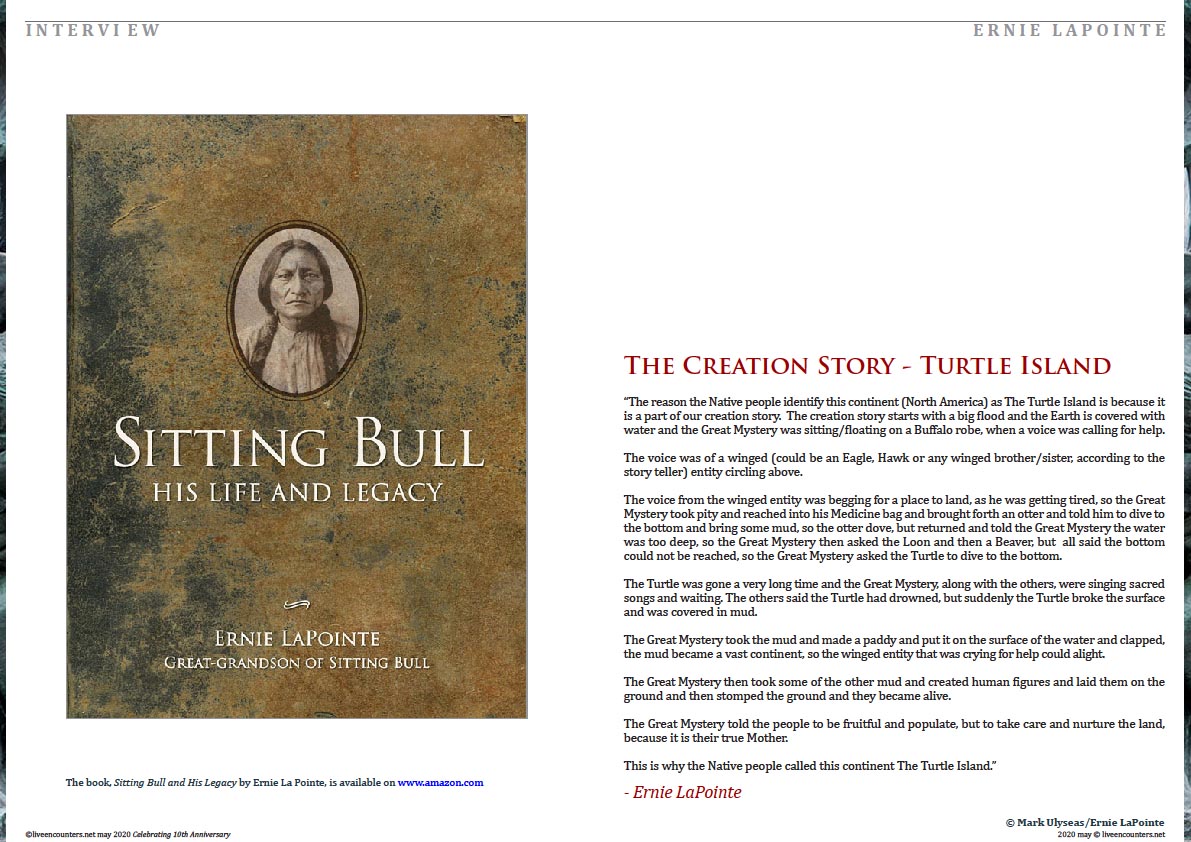 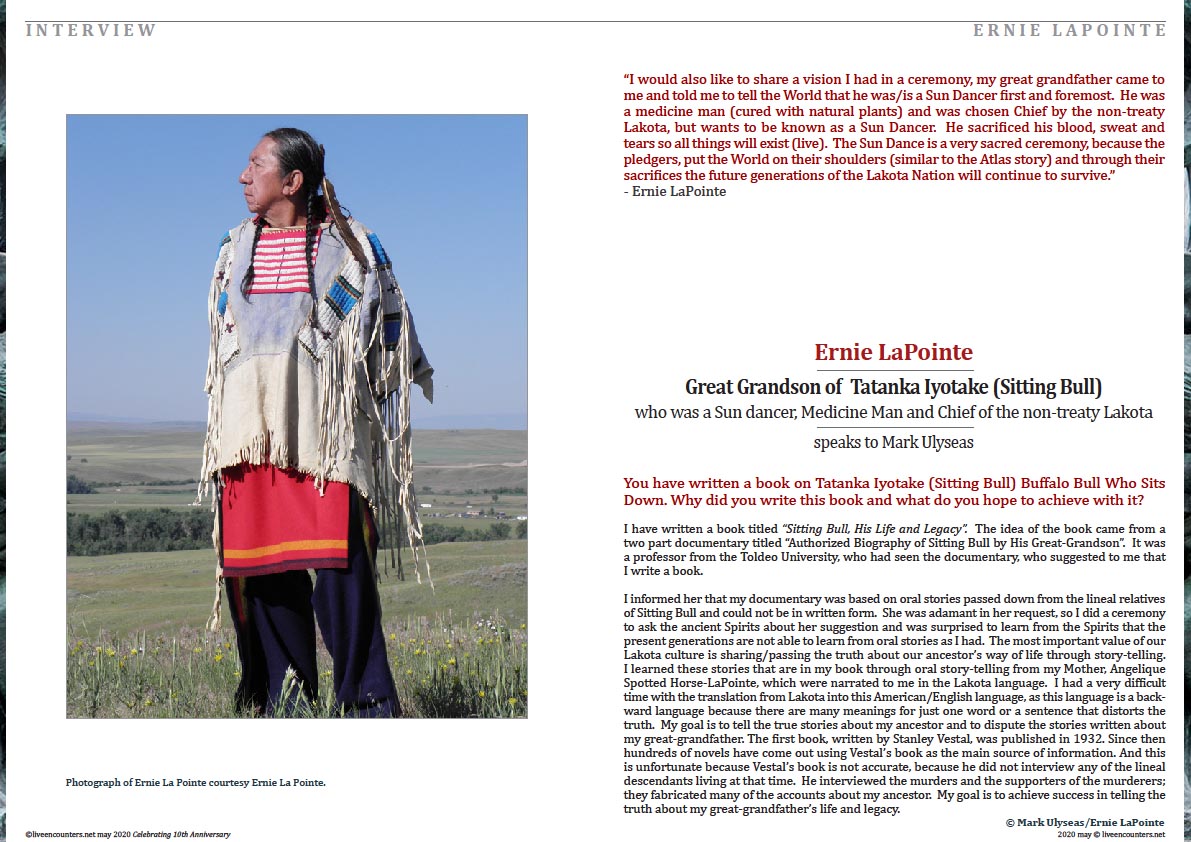 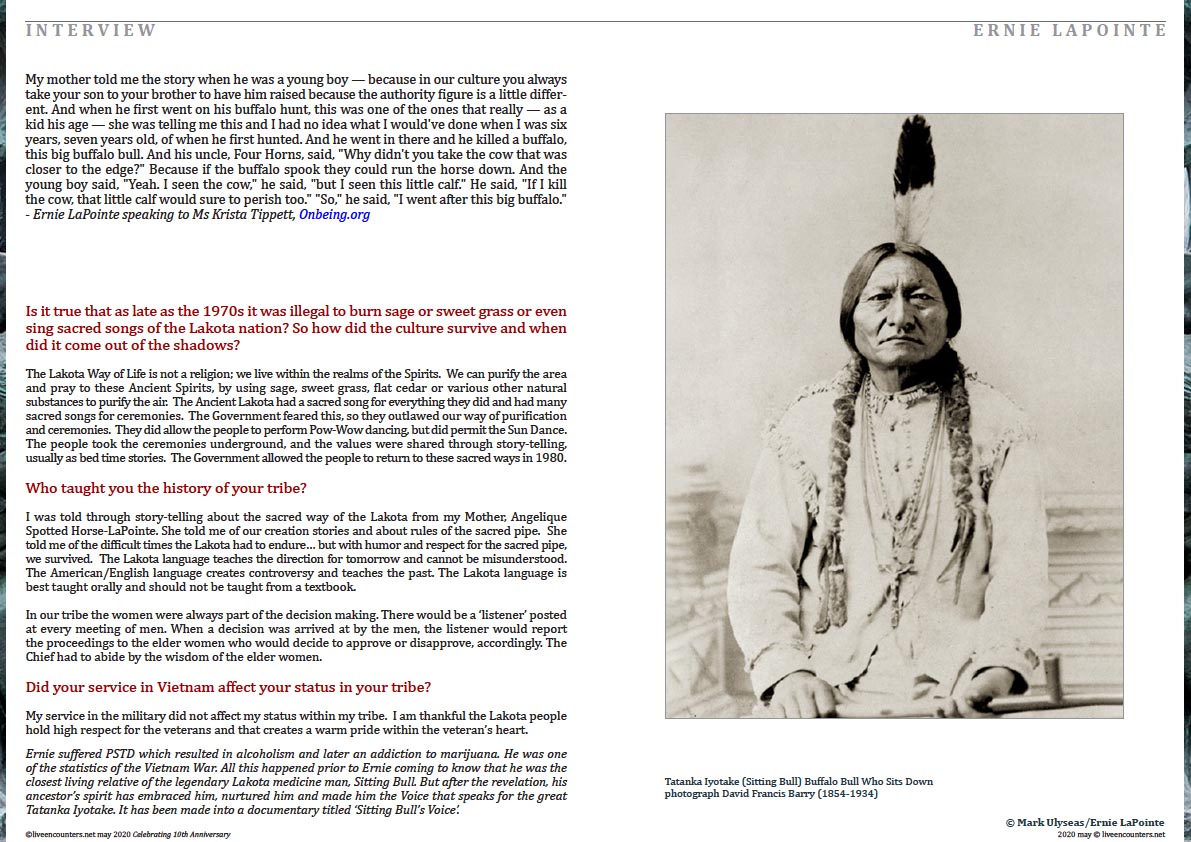 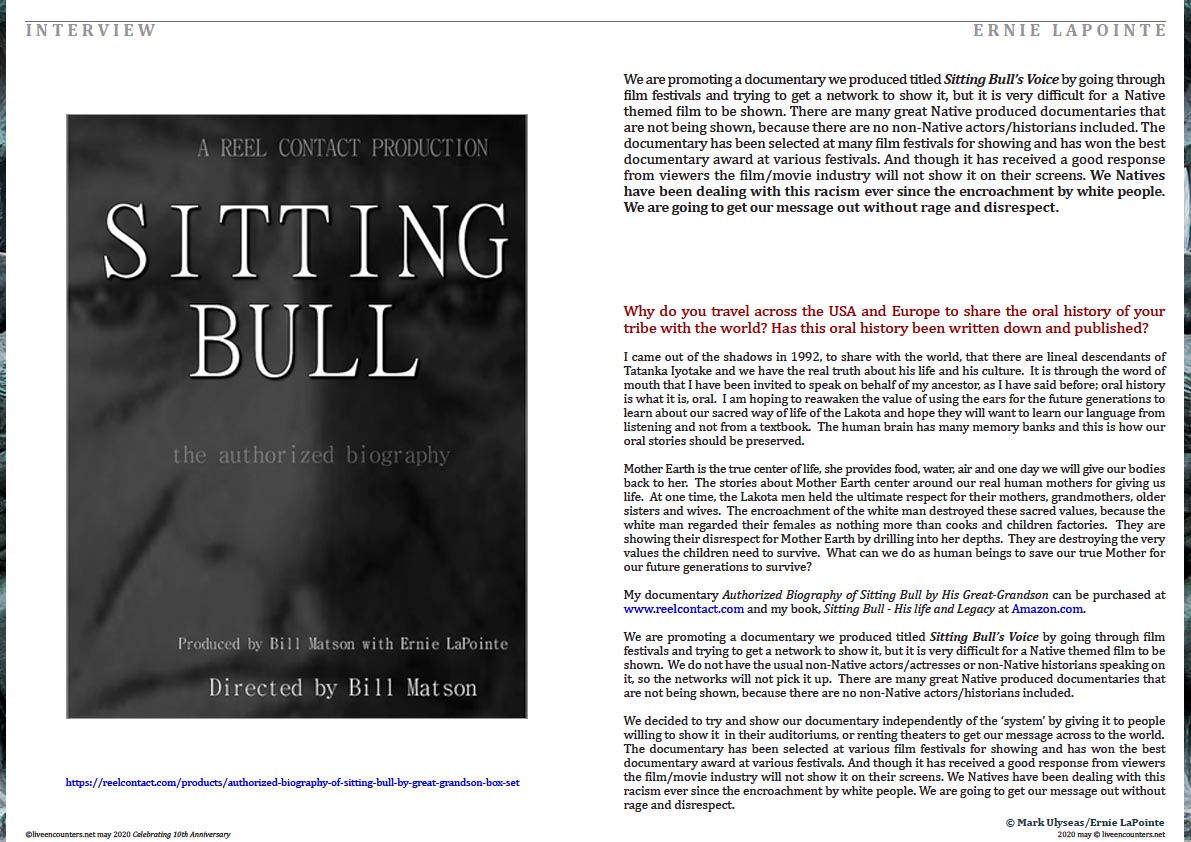 On his mother’s side he is the great-grandson of Sitting Bull and Seen By Her Nation Woman, grandson of Standing Holy (Sitting Bull’s youngest daughter), her Christian name was Mary Sitting Bull, and Urban Spotted Horse.  Ernie can point out a long line of chiefs on his mother’s as well as on his father’s side.  His grandfather Spotted Horse was the son of Hunts Enemy and the grandson of Chief Charging Bear.  His great-grandmother’s, Tokala Win LaPointe, brother was Chief Painted Horse.

In 1992, Ernie was given the opportunity to set the record straight on the Sitting Bull direct blood descendants by speaking at the induction of Sitting Bull into the Hall of Fame of American Indian Chiefs at Anadarko, Oklahoma.  Since then he had numerous invitations from Crazy Horse Memorial, South Dakota, and the Little Bighorn Battlefield, Montana, to speak about his heritage.  He also spoke at universities in Indiana (University of Notre Dame), Michigan, Ohio and Texas (Temple University).  The Monroe (Michigan) Custer Celebration Committee invited Ernie repeatedly to join and speak about his great-grandfather.