Polish Refugees in India – During and After the Second World War by Dr Anuradha Bhattacharjee, Author of The Second Homeland – Polish Refugees In India, published by SAGE Publications.

This article was published in Live Encounters Magazine, March 2015. 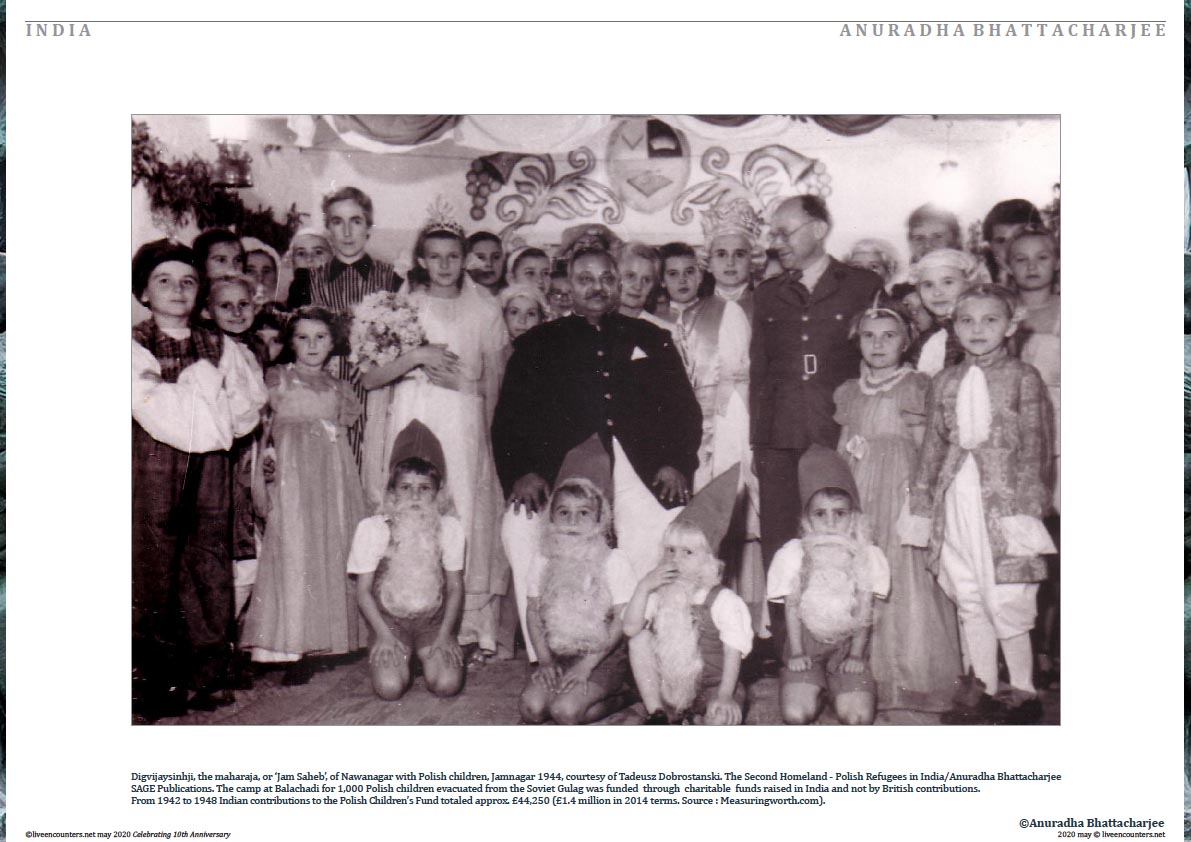 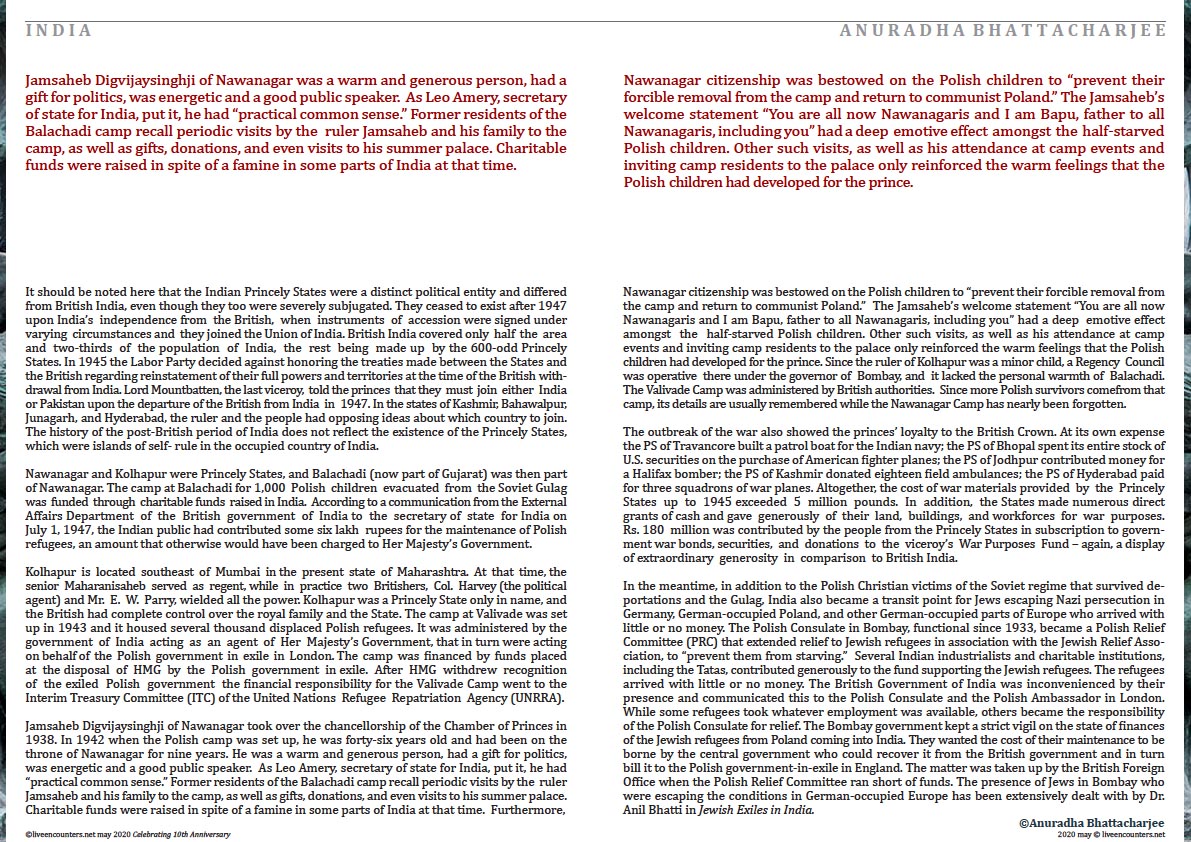 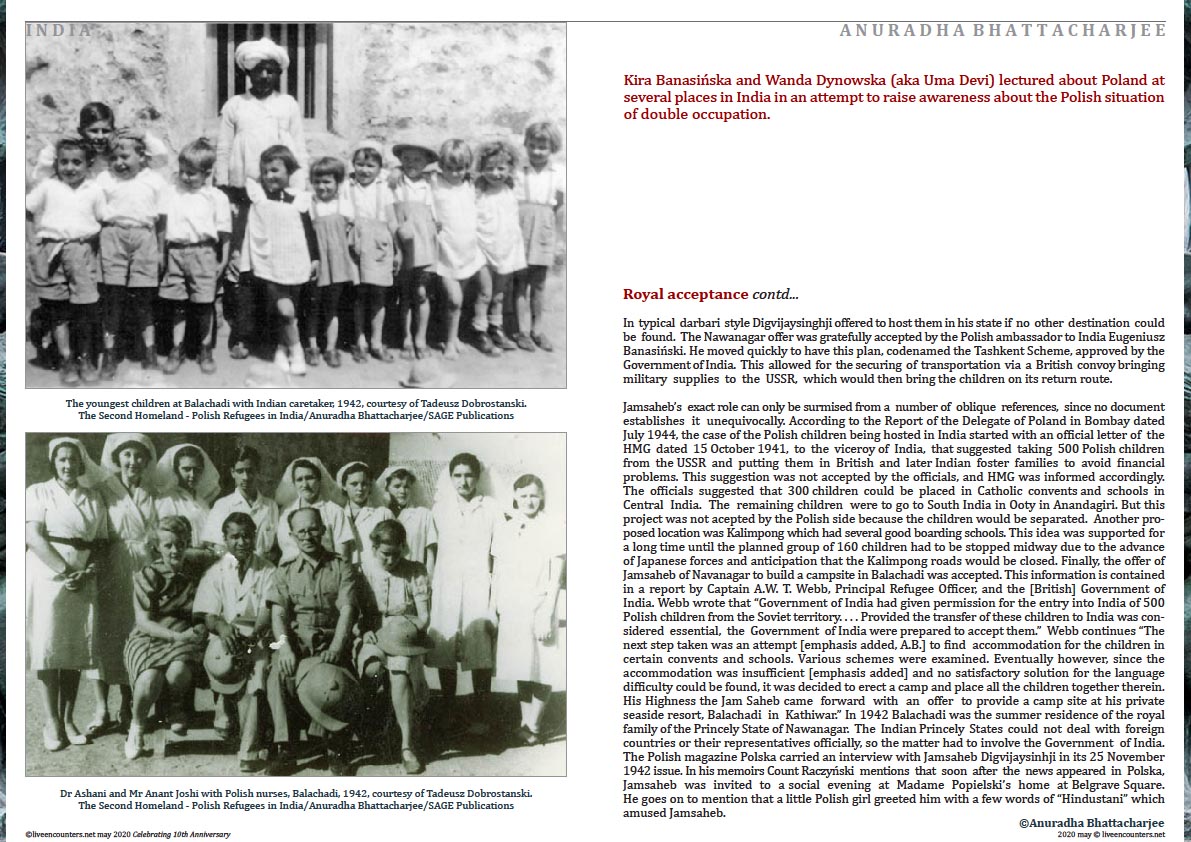 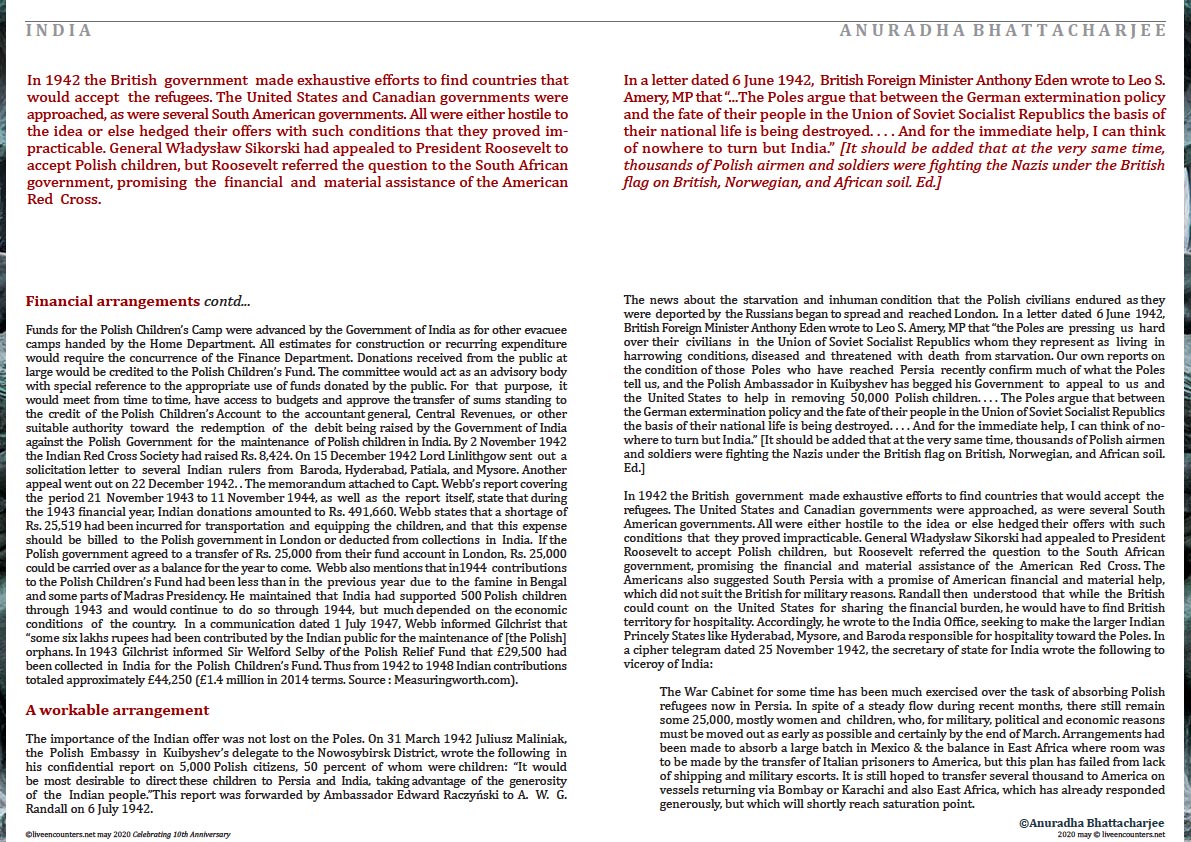 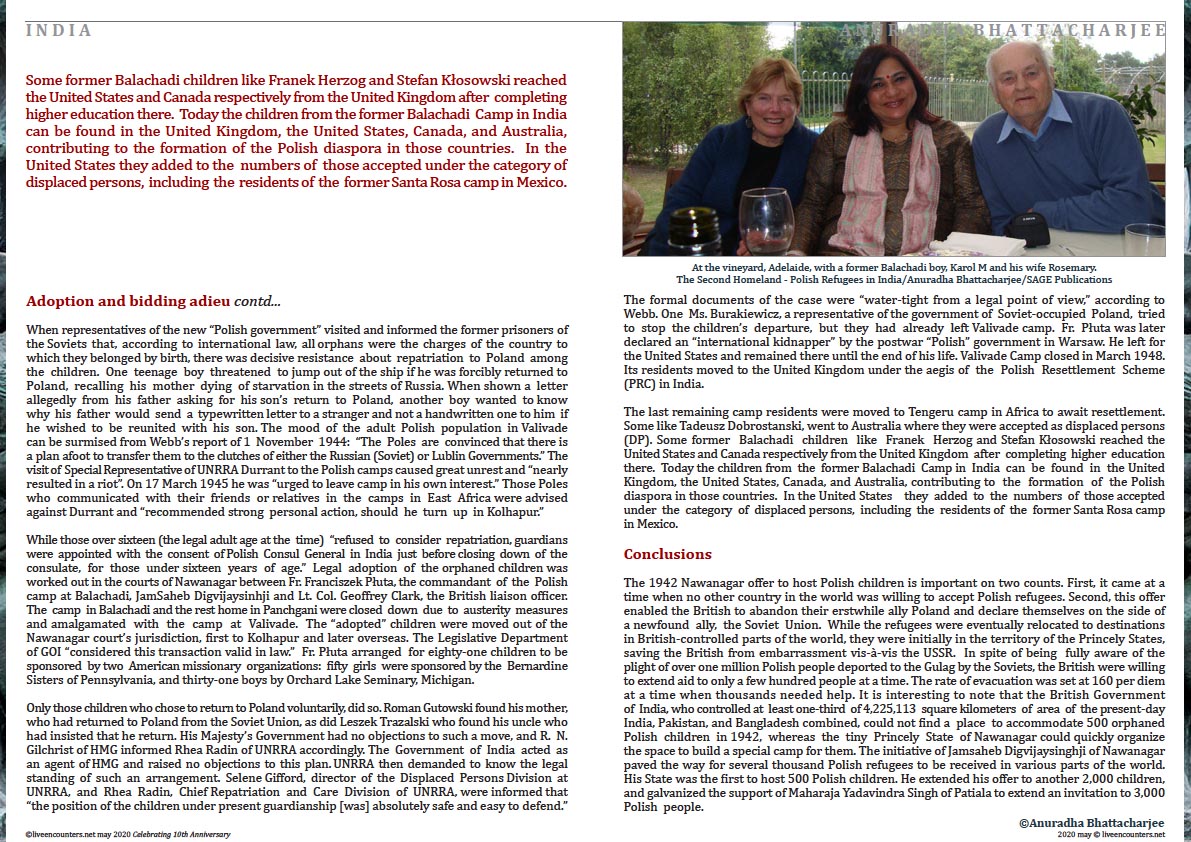 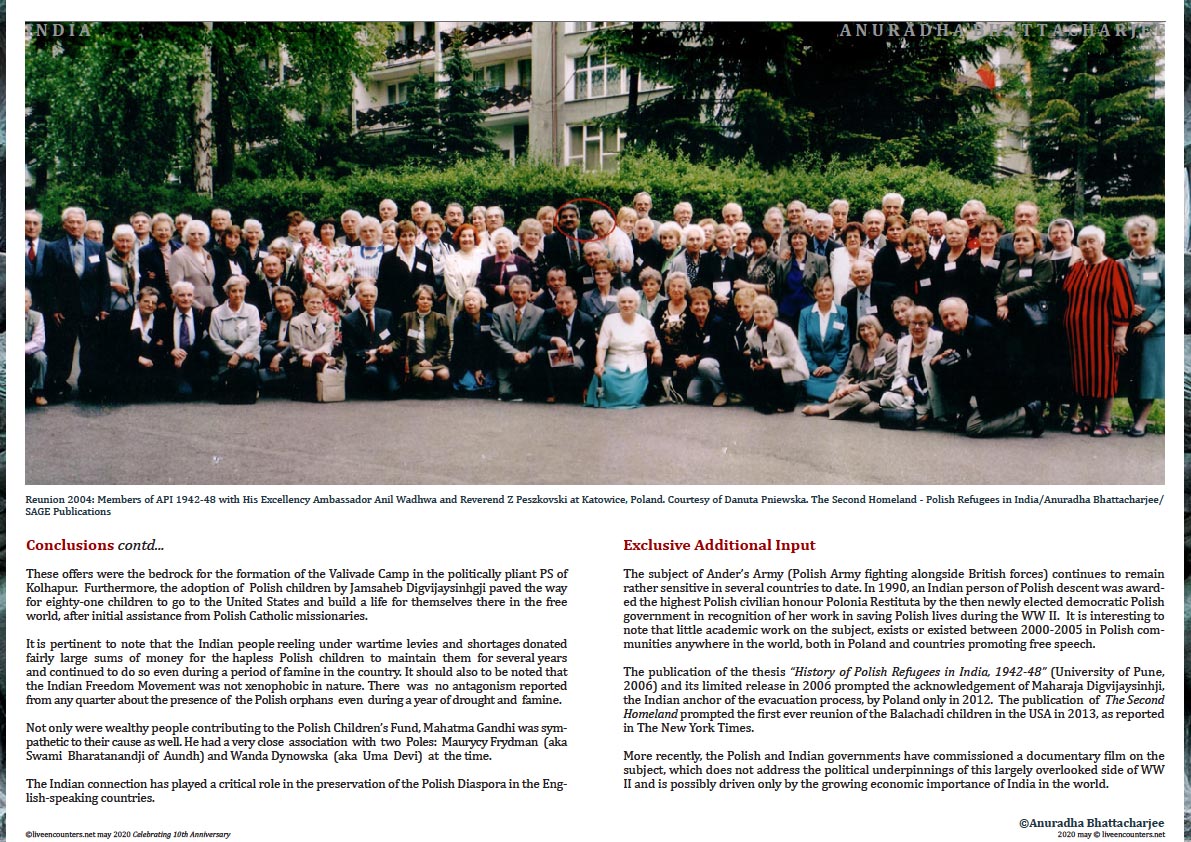 Bhattacharjee,A.,(2013) “Polish Refugees in India – During and After the Second World War.” The Sarmatian Review Vol. XXXIII, No. 2, Pp 1743-1756.]. Excerpt reprinted by special permission of the author and Professor Ewa M. Thompson (Rice University), Editor, The Sarmatian Review.

Dr Anuradha Bhattacharjee is an alumnus of London School of Economics (Economic History) and an awardee of ICSSR Research Grant to study media ownership concentration in India. She has expertise in both, Economics and History.

Her Ph.D dissertation ‘Polish Refugees in India 1942–48’, was awarded the  Charles Wallace India Trust fellowship (2004) and subsequently the Bendre Prize for Best Dissertation by University of Pune, 2006. The work has been published as “The Second Homeland” (Sage, 2012), translated into Polish (2014) and commissioned as a documentary film by an international producer (2011). She was formerly a journalist with The Times of India (1991–94) and The Pioneer (2000–02) when she came across this story and followed it up actively.

She has been a research fellow at Indian Institute of Management, Ahmedabad (IIMA) and Centre for Culture, Media and Governance, Jamia Milia Islamia, New Delhi, Visiting Professor, Tianjin University of Finance and Economics, Tianjin, PR China, Assistant Professor, Mudra Institute of Communication, Ahmedabad (MICA).  She is well published academically in both subjects – Economics and History.