Polish Refugees in India – During and After the Second World War by Dr Anuradha Bhattacharjee, Author of The Second Homeland – Polish Refugees In India, published by SAGE Publications.

A special thanks to Smrithi Sudhakaran Deputy Manager, PR and her team at SAGE for making this happen.

“When others were killing our children, you were able to save them.”
Polish Prime Minister Donald Tusk to The President of India, Pratibha Patil, during his visit to the country.

In the following pages Dr Anuradha Bhattacharjee peels away the layers of history of a time when the world was at war. When the lives of innocent Polish civilians were disposable. When millions of Polish fled Nazi Germany and the Soviet Gulag desperately seeking refuge elsewhere. Many countries balked at the idea of providing these wretched people shelter. Even the British controlled areas of India couldn’t find a place for the Polish children!

It was Digvijaysinhji, the maharaja, or ‘Jam Saheb’, of Nawanagar who took in Polish children from war-torn, occupied Poland and Soviet prison camps. And to prevent them from being sent back to certain incarceration after the war he made them citizens of Nawanagar. The maharaja set up a camp at his private seaside resort, Balachadi in Kathiwar. It was run like a boarding school complete with teachers, studies, sports etc. The Jam Saheb’s actions resonated across the world and doors began to open for the Polish refugees.

Mahatma Gandhi was sympathetic to the Polish orphans. His followers: Maurycy Frydman (alias Bharatanandji), a Polish-Lithuanian-Jewish engineer who had come to India before the Second World War and Wanda Dynowska (aka Uma Devi), were actively involved in raising  awareness and funds for the Polish children. The generosity of the Indian people was boundless. All this happened at a time when there was a famine in India!

Dr Anuradha Bhattacharjee’s book is an important historical document that needs to be read by all those seeking the truth about the Indian contribution to helping refugees during the Second World War. 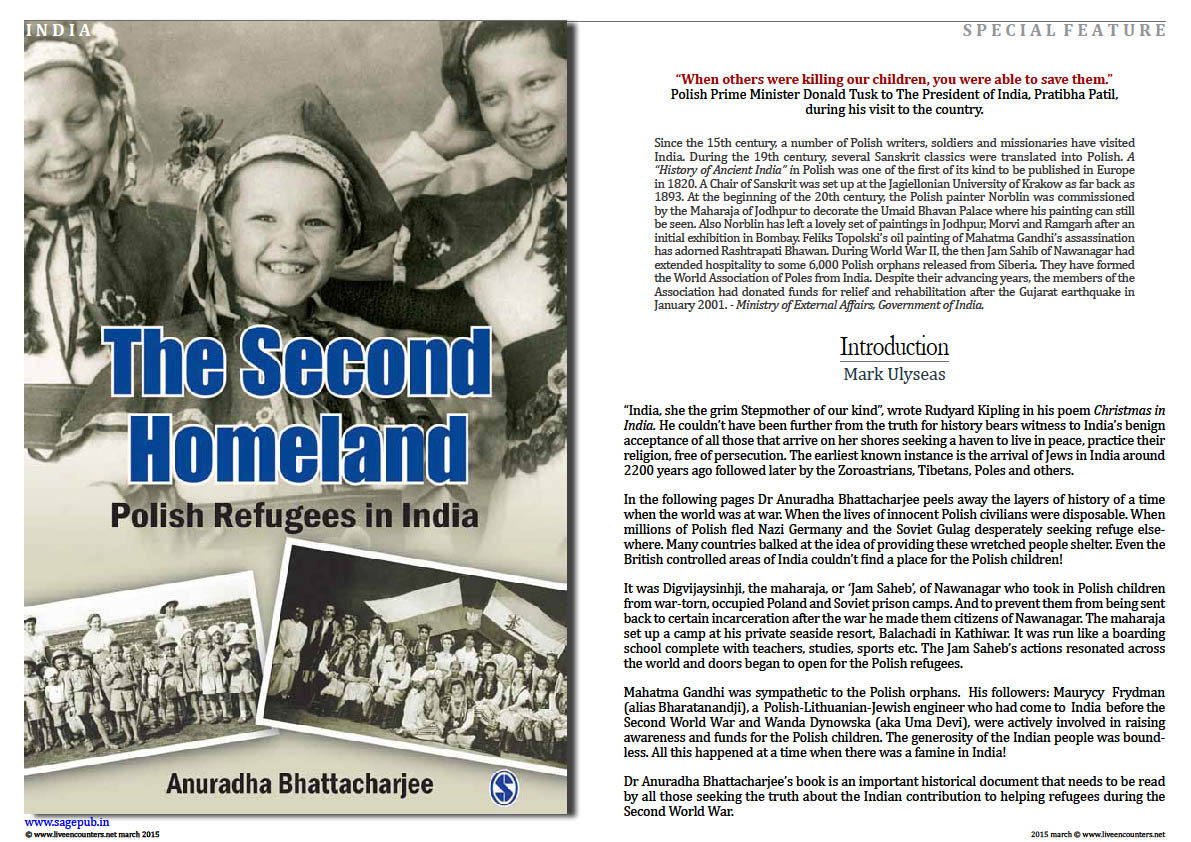 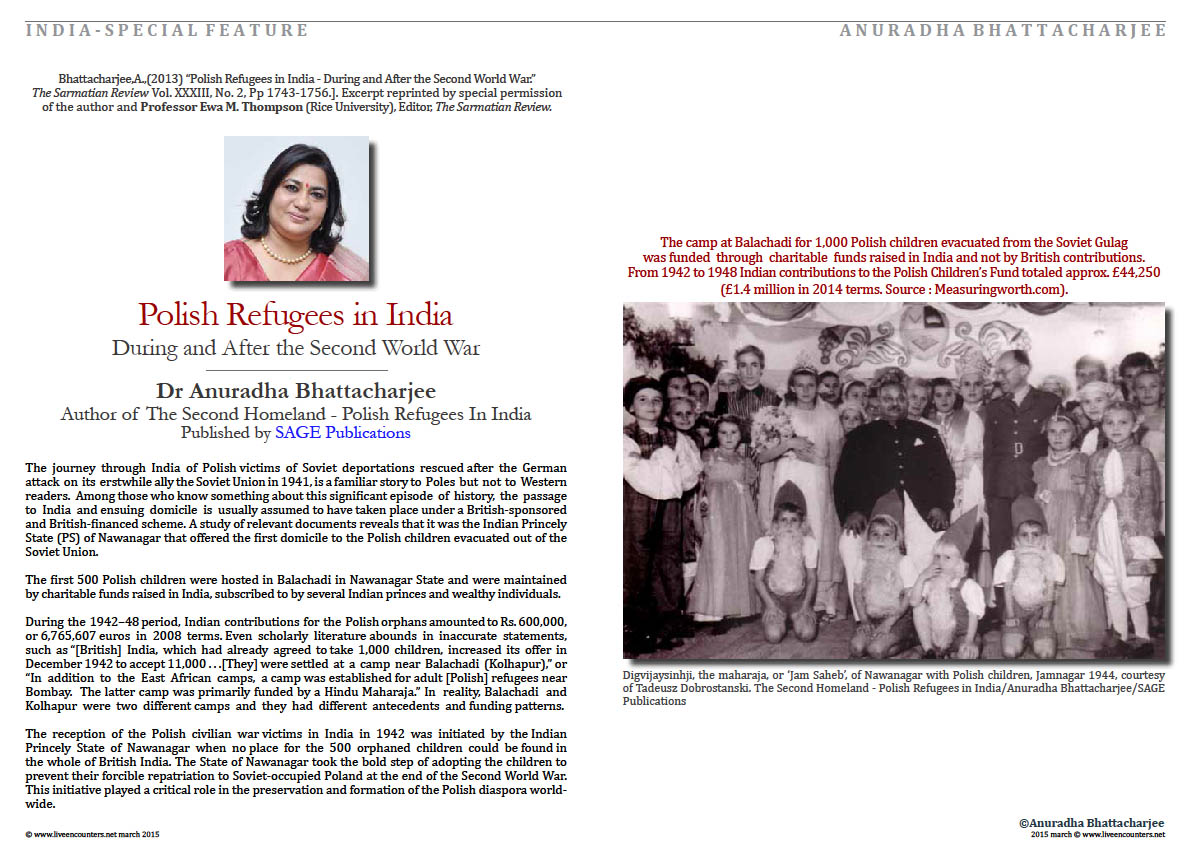 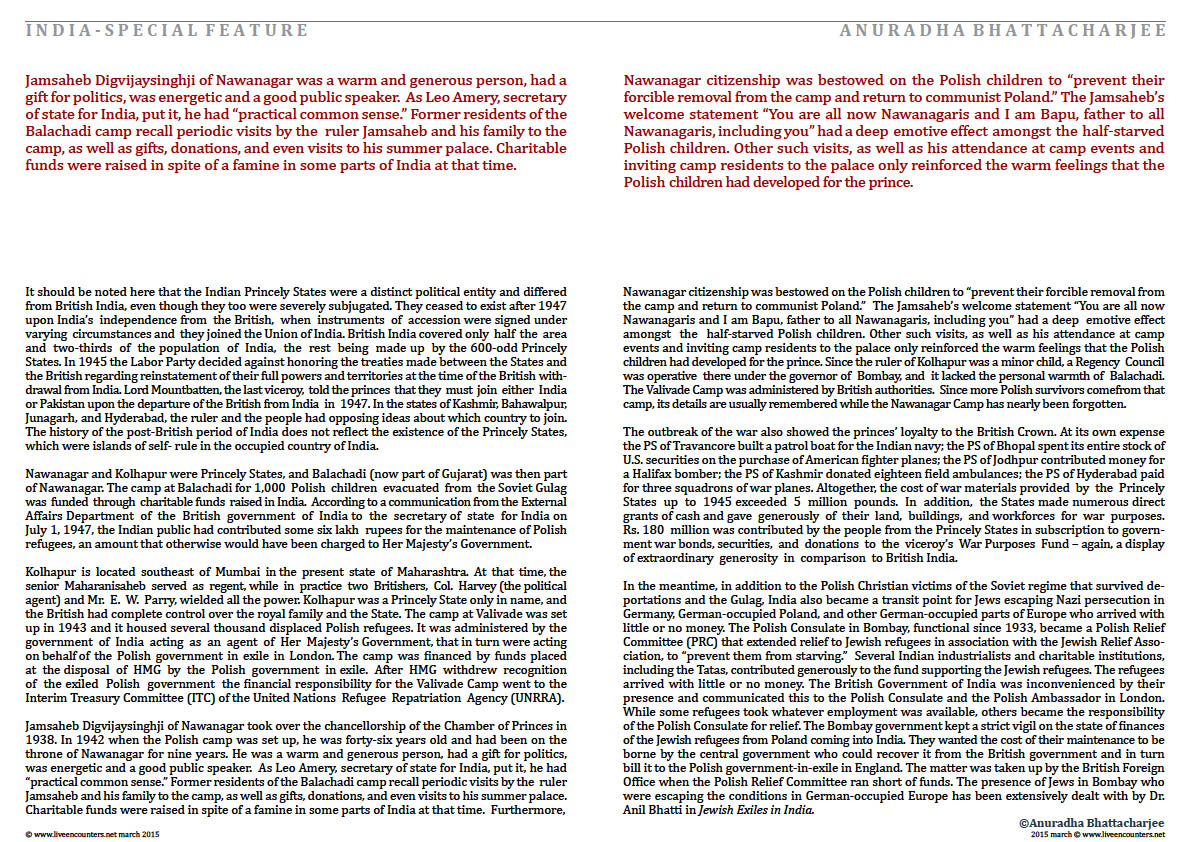 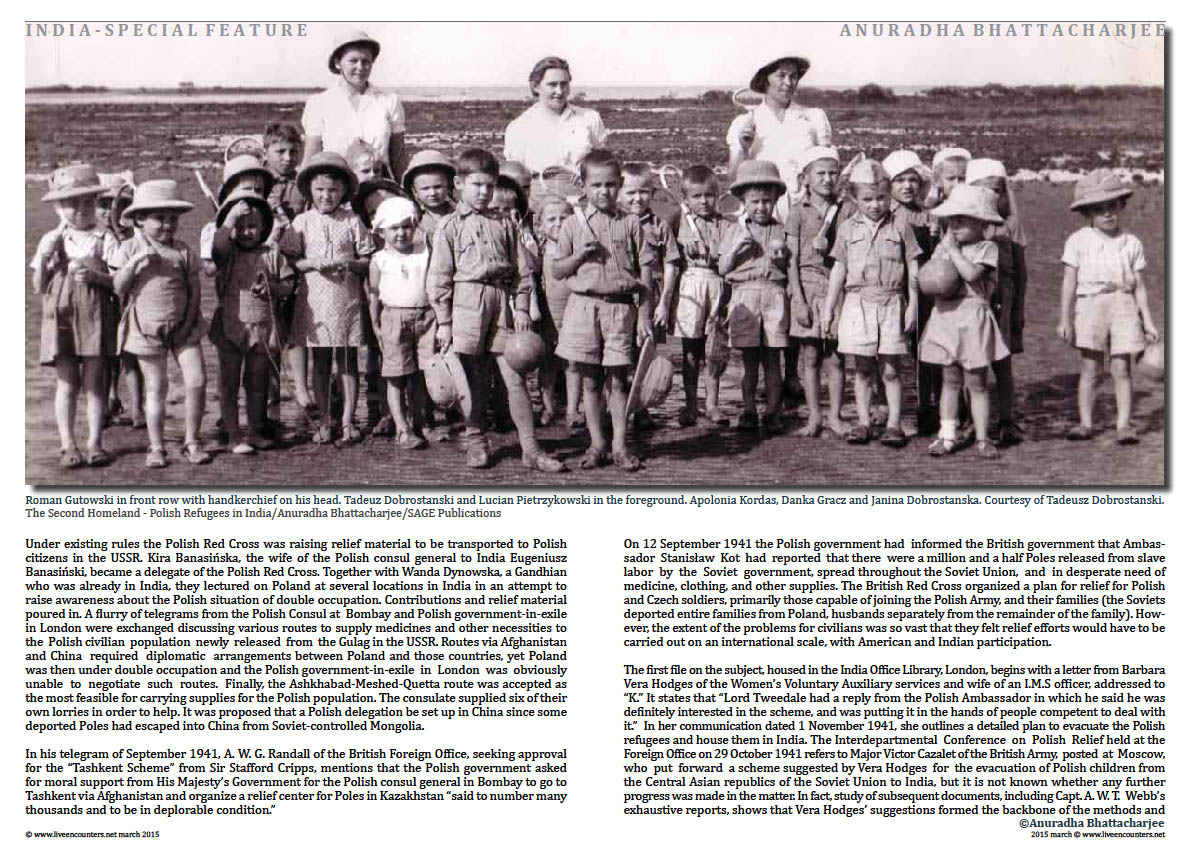 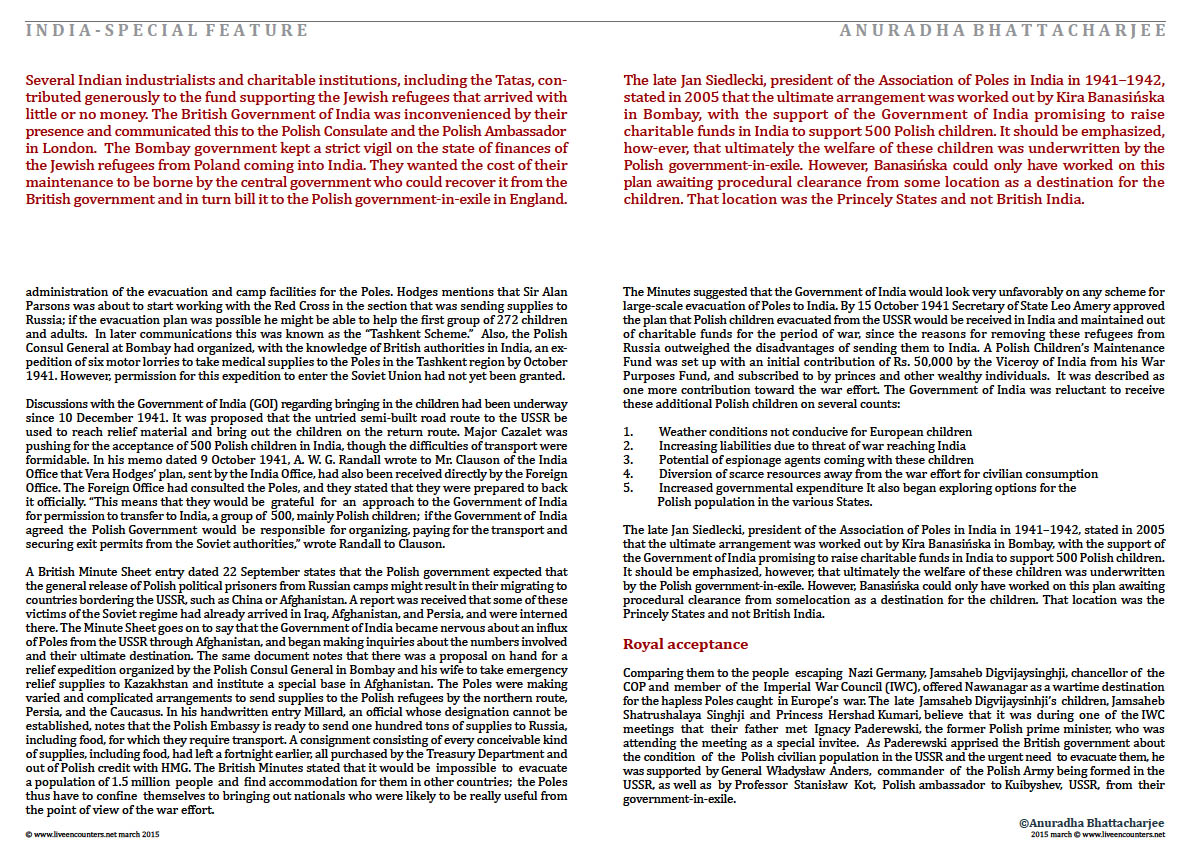 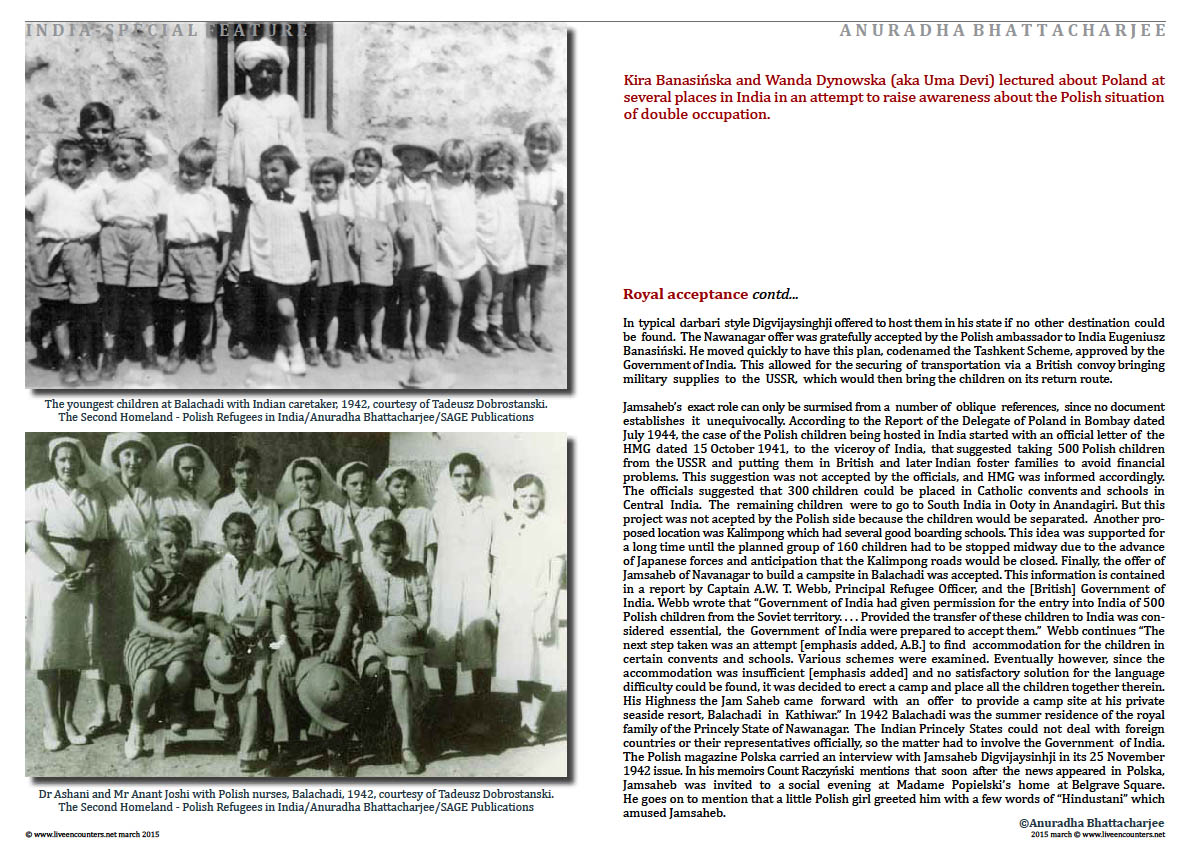 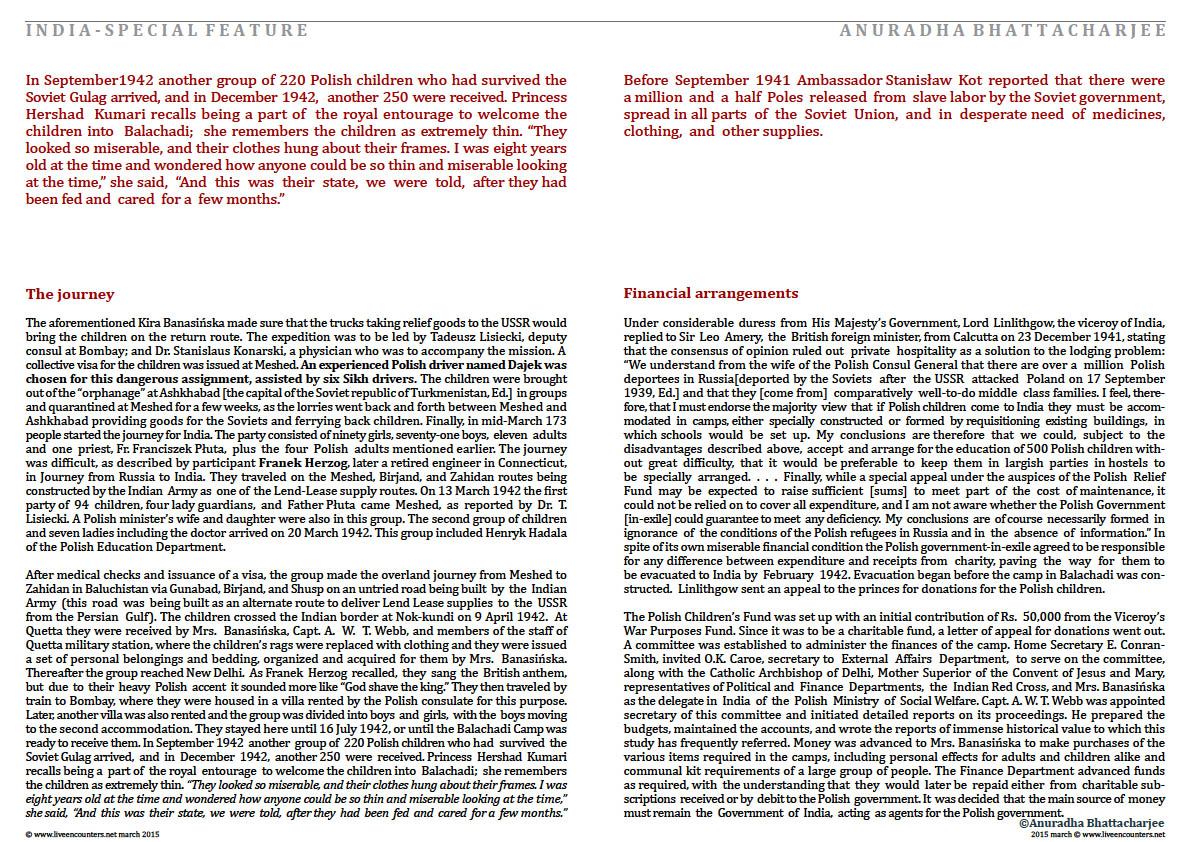 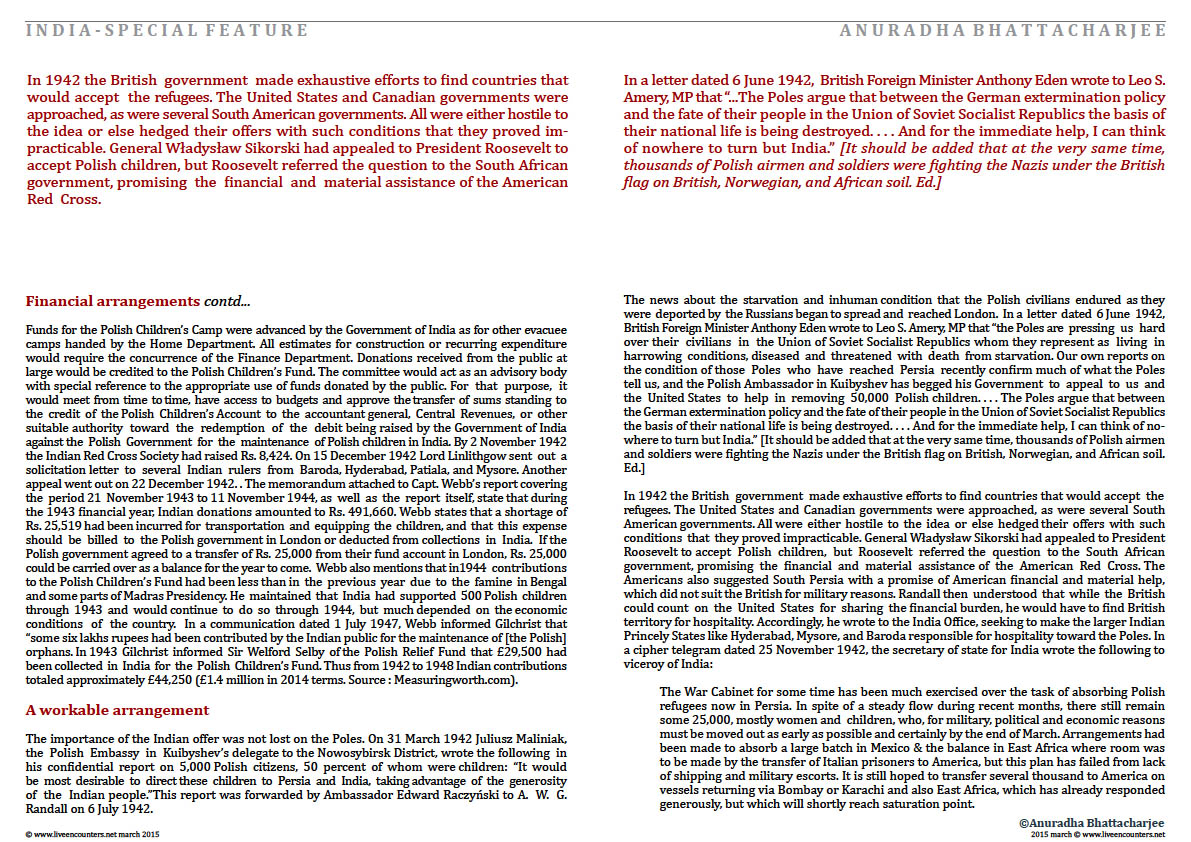 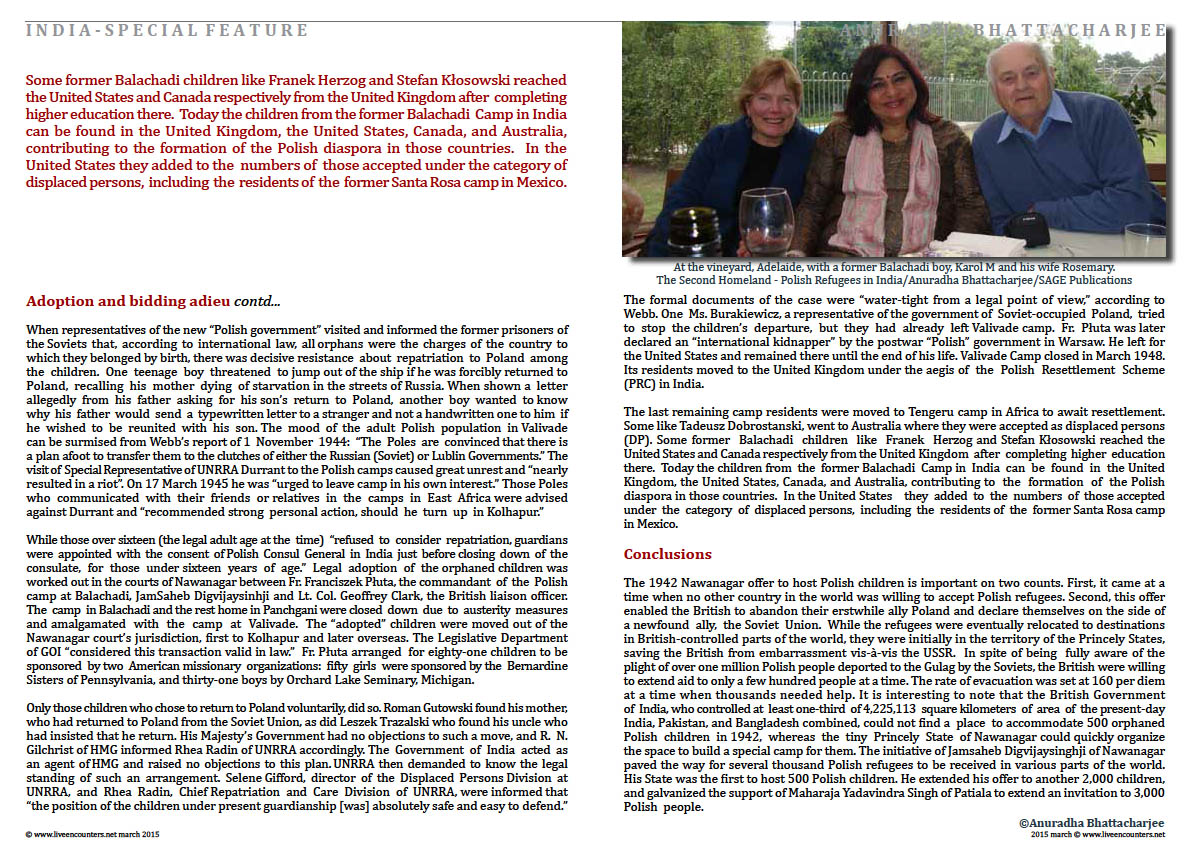 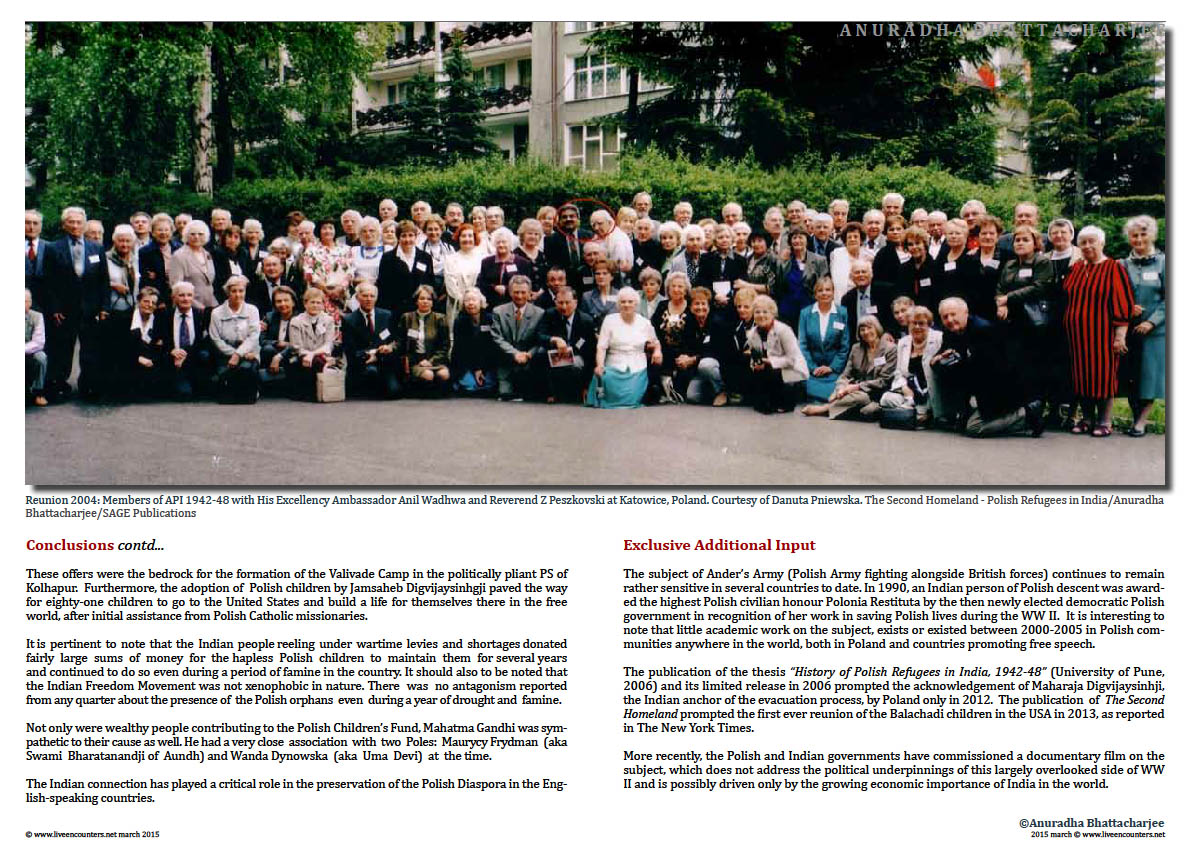 Dr Anuradha Bhattacharjee is an alumnus of London School of Economics (Economic History) and an awardee of ICSSR Research Grant to study media ownership concentration in India. She has expertise in both, Economics and History.

Her Ph.D dissertation ‘Polish Refugees in India 1942–48’, was awarded the  Charles Wallace India Trust fellowship (2004) and subsequently the Bendre Prize for Best Dissertation by University of Pune, 2006. The work has been published as “The Second Homeland” (Sage, 2012), translated into Polish (2014) and commissioned as a documentary film by an international producer (2011). She was formerly a journalist with The Times of India (1991–94) and The Pioneer (2000–02) when she came across this story and followed it up actively.

She has been a research fellow at Indian Institute of Management, Ahmedabad (IIMA) and Centre for Culture, Media and Governance, Jamia Milia Islamia, New Delhi, Visiting Professor, Tianjin University of Finance and Economics, Tianjin, PR China, Assistant Professor, Mudra Institute of Communication, Ahmedabad (MICA).  She is well published academically in both subjects – Economics and History.