Mark Ulyseas has served time in advertising as copywriter and creative director selling people things they didn’t need, a ghost writer for some years, columnist of a newspaper, a freelance journalist and photographer. In 2009 he created Live Encounters Magazine, in Bali, Indonesia. It is a not for profit (adfree) free online magazine featuring leading academics, writers, poets, activists of all hues etc. from around the world. March 2016 saw the launch of its sister publication Live Encounters Poetry, which was relaunched as Live Encounters Poetry & Writing in March 2017.  In February 2019 the third publication was launched, LE Children Poetry & Writing (now renamed Live Encounters Young Poets & Writers). He has edited, designed and produced all of Live Encounters’ 172 publications till date (December 2019). Mark’s philosophy is that knowledge must be free and shared freely to empower all towards enlightenment. He is the author of three books: RAINY – My friend & Philosopher, Seductive Avatars of Maya – Anthology of Dystopian Lives and In Gethsemane: Transcripts of a Journey.  www.amazon.com/markulyseas 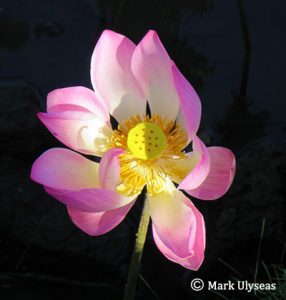 The magnificence of life lies in its hardships. The blood, the sweat and the tears bring an element of truth to that which is being created. And this truth endures even after one has accepted or forgotten the hardships.

I have been on the road for well over a decade – writing, photographing and confabulating with strangers on the vanity of villas and the resonance of post truths.

During the haze of travel and the aftermath of street food Live Encounters Magazine was born in Bali in December 2009. From then on I began reaching out to troubadours across the world inviting them to join in this altruist venture on the premise that all knowledge must be free and shared freely to empower all.

Perhaps this was not an original idea. But it needed to be done in a 360 degree format and through a fluid medium of communication to be effective; a medium that had no physical boundaries and could, in a sense, touch anyone, anywhere on the planet with a click of the mouse. And this is why I chose a digital format to circumvent all the hurdles that a publisher faces when it comes to funding hard copies and their distribution.

The trickiest part was that it had to be free in all manner…all submissions were to be without charge, there would be no advertising and further, the online publication had to be free to read and download.

The shingle was hung out on the net and invitations were sent through emails to troubadours from every time zone. Initially there was a lukewarm response to my appeals. But over the years elements from the inner circle of troubadours began responding and contributing original work. The inaugural issue saw the light of day in January 2010.

The two founding contributors; Randhir Khare (Indian poet & writer) and Terry  McDonagh (Irish poet & writer) have been steadfast in their support for Live  Encounters Magazine. Their trust in my belief in Live Encounters was and continues  to be, unshakeable. For this I am grateful.

In January 2019 the third monthly publication, LE Young Poets & Writers was launched. It is devoted to giving aspiring young scribes an international platform to showcase their writings. Students in the US of A, Ireland, UK, Germany and Australia, helped by their teachers, have come forth with some stunning work.

The troubadours are not just the poets, writers, photographers and artists but philosophers, academics, rights activists of all hues et al. Their sound of music transcends the barriers of cultures and embeds itself in the psyche of the reader – the ethereal forms of new thought unsullied by the grubby hands of commercialism.

Troubadours continue to arrive at the doorstep of Live Encounters to generously share their work with the world. There is an all pervasive enchanting altruism that never ceases to fascinate and enthrall. The words, forms and images, swirl through the ether and sometimes play truant on my laptop. But in the end all is well when they are corralled in the next edition, a kind of settling in to roost.

Media today is fast becoming a farce. Social media is an oxymoron. And those part-taking of this fraud are implicit in condoning the burgeoning misinformation and disinformation. A kind of laziness to truth has begun to rise from the depths of society. Unfortunately the educated section is being contaminated by an infectious self-destructive liberal subjectiveness akin to self-mutilation of one’s anatomy. It is in this manic jungle that Live Encounters thrives. The troubadours drumming the senses with thought provoking images and writings published outside the confines of surreptitious agendas engineered by backers of the regular main line publications.

The free is omnipotent in the freedom of thought. But this has not gone unnoticed for Live Encounters every once in a while faces a road block that appears out of nowhere. Physical threats come and go. In the words of the formidable Irish intellectual, Oscar Wilde, ‘I can stand brute force, but brute reason is quite unbearable. There is something unfair about its use. It is hitting below the intellect.’

Live Encounters in its three avatars is a tribute to the troubadours who have shared their great wisdom with the readers.

We are grateful for their support.