This message was published in Live Encounters Magazine, Conservation, Volume Four, December 2015. In this issue of Live Encounters Magazine, in celebration of our 7th year, we thought it fit to republish this article to remind our readers of the prophetic words of Ernie LaPointe best illustrated in the ongoing protests by the Standing Rock tribe which is leading the opposition to the Dakota Access Pipeline. They have been joined by the largest tribal coalition in over 100 years in their stand against the pipeline. This is the first time the seven bands of the Sioux have come together since Little Bighorn. They have no weapons but prayers to their ancestors against the ‘white man’s’ abrogation of the the Treaty signed with them when they seized the lands of the indigenous people. Perhaps the Great Sun Dancer, Tatanka Iyotake (Big  Bull Sitting Down) has heard them and sent the large herd of wild bison which appeared suddenly at the protest site.

A Vision for the Future – A Message to the World from Ernie LaPointe, Great Grandson
of Tatanka Iyotake (Big Bull Sitting Down) who was a Sun dancer, Medicine Man and
Chief of the non-treaty Lakota. 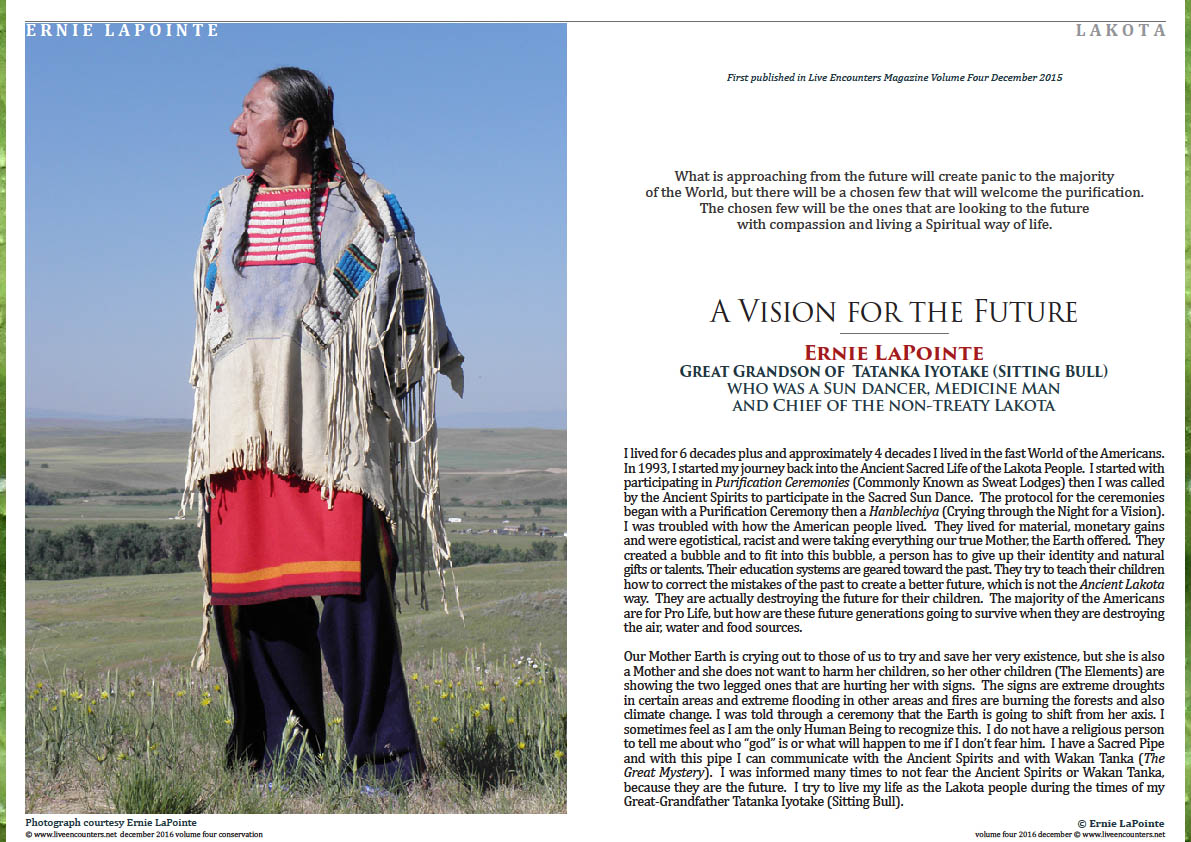 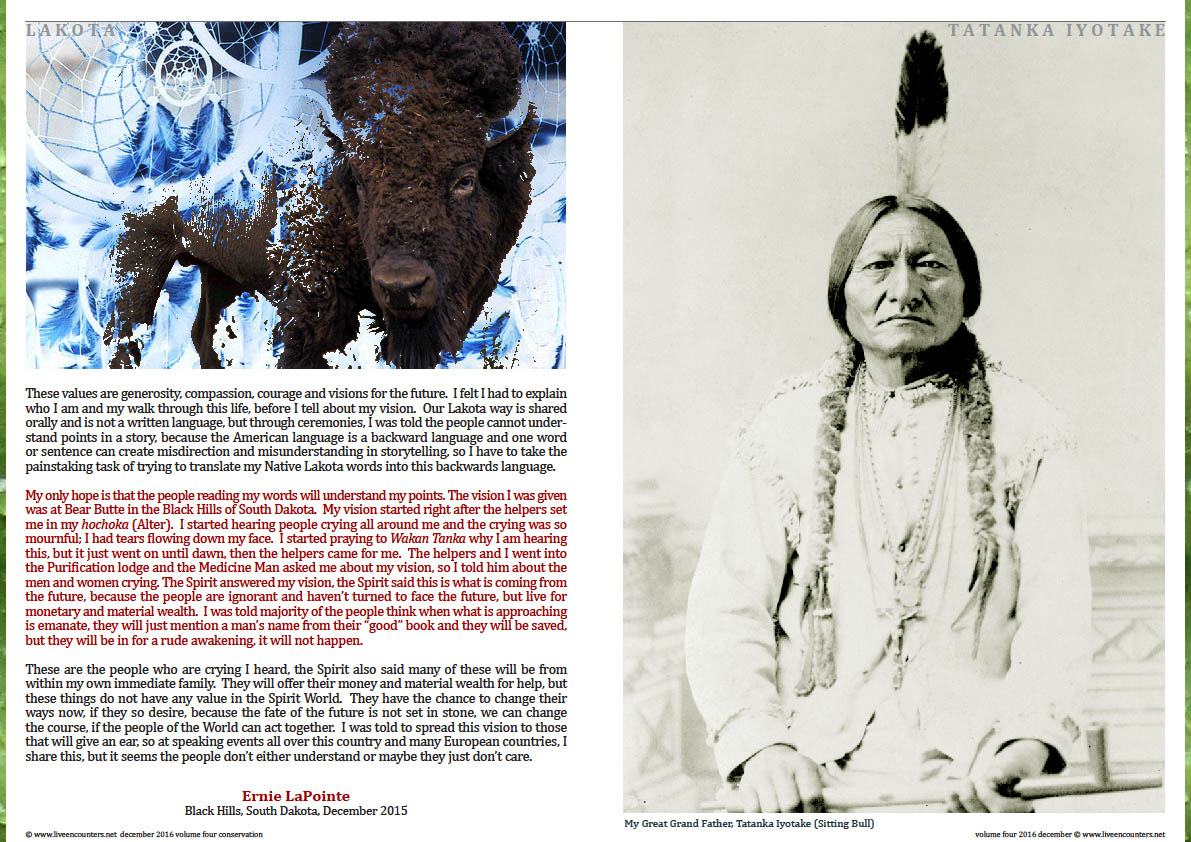 On his mother’s side he is the great-grandson of Sitting Bull and Seen By Her Nation Woman, grandson of Standing Holy (Sitting Bull’s youngest daughter), her Christian name was Mary Sitting Bull, and Urban Spotted Horse.  Ernie can point out a long line of chiefs on his mother’s as well as on his father’s side.  His grandfather Spotted Horse was the son of Hunts Enemy and the grandson of Chief Charging Bear.  His great-grandmother’s, Tokala Win LaPointe, brother wasChief Painted Horse.

In 1992, Ernie was given the opportunity to set the record straight on the Sitting Bull direct blood descendants by speaking at the induction of Sitting Bull into the Hall of Fame of American Indian Chiefs at Anadarko, Oklahoma.  Since then he had numerous invitations from Crazy Horse Memorial, South Dakota, and the Little Bighorn Battlefield,Montana, to speak about his heritage.  He also spoke at universities in Indiana (University of Notre Dame), Michigan, Ohio and Texas (Temple University).  The Monroe (Michigan) Custer Celebration Committee invited Ernie repeatedly to join and speak about his great-grandfather.

You may send an email to Ernie LaPointe for book signings, talks etc. : crowfoot@spe.midco.net
FACEBOOK/ernielapointe
FACEBOOK/sittingbull’svoice/publicgroup