How does one describe the ancient city of Kāśi* – the living celebrating the spirits, the aroma of sandalwood, dhoop, the floral tributes and offerings, the smell of cow dung, the smiles, and deep reverence for the power of Mother Ganga – from puja in the first rays of the sun and the Ganga aarti at sunset to the chants of the faithful?

Dashashwamedh Ghat is the main ghat in Kāśi on the River Ganga. It is located close to Vishwanath Temple. Two Hindu legends are associated with it: According to one, Lord Brahma created it to welcome Lord Shiva. According to another legend, Lord Brahma sacrificed ten horses during Dasa-Ashwamedha yajna, which was performed here.**

Every evening a group of priests perform the “Agni Pooja” – a dedication is made to Lord Shiva, River Ganga (the Ganges), Surya (Sun), Agni (Fire), and the whole universe. Special aartis are held on Tuesdays and on religious festivals.**

This is the India I know, I love. 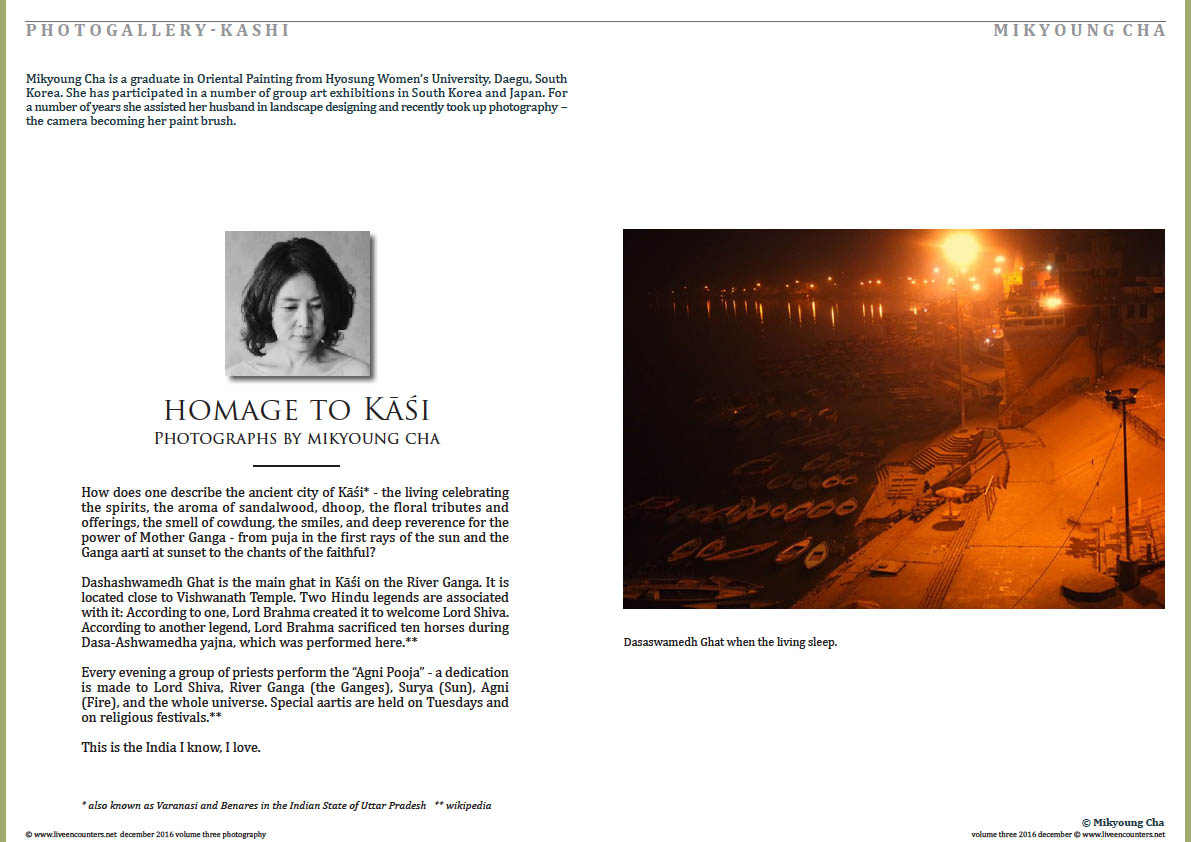 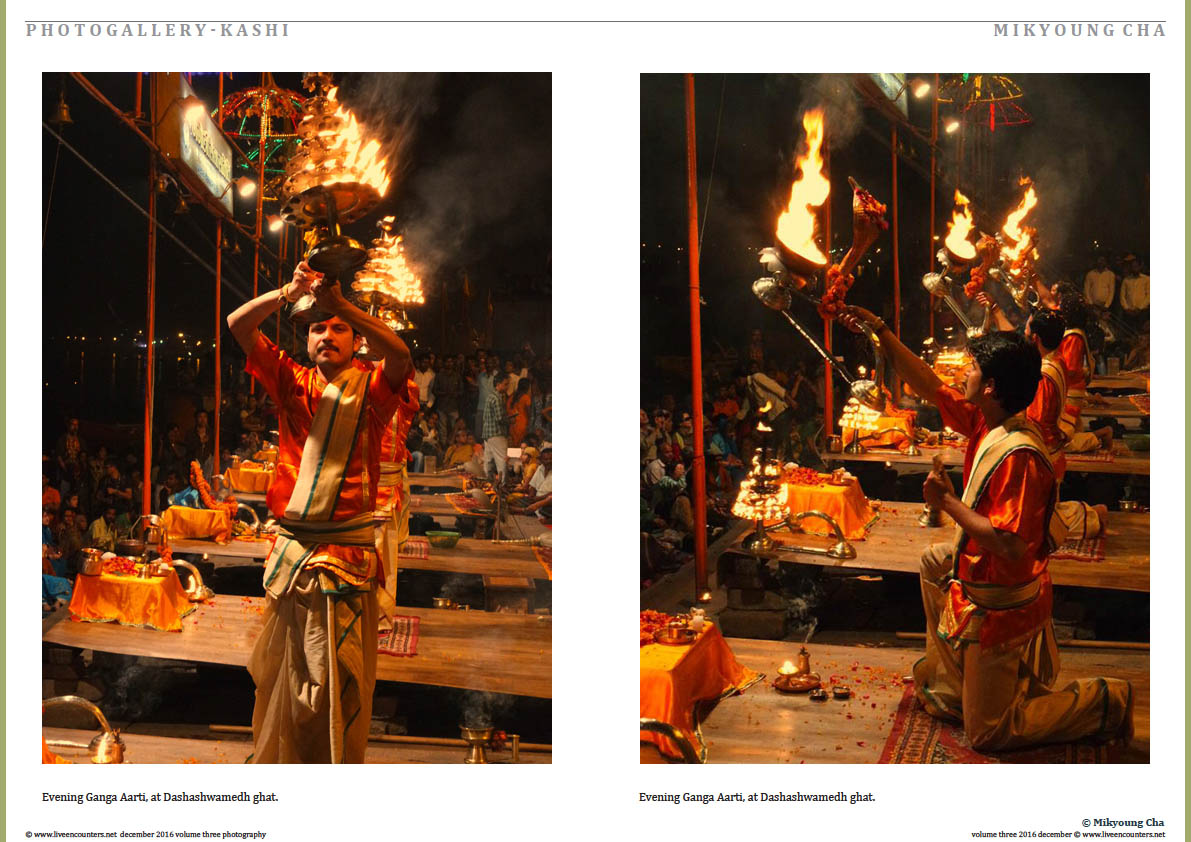 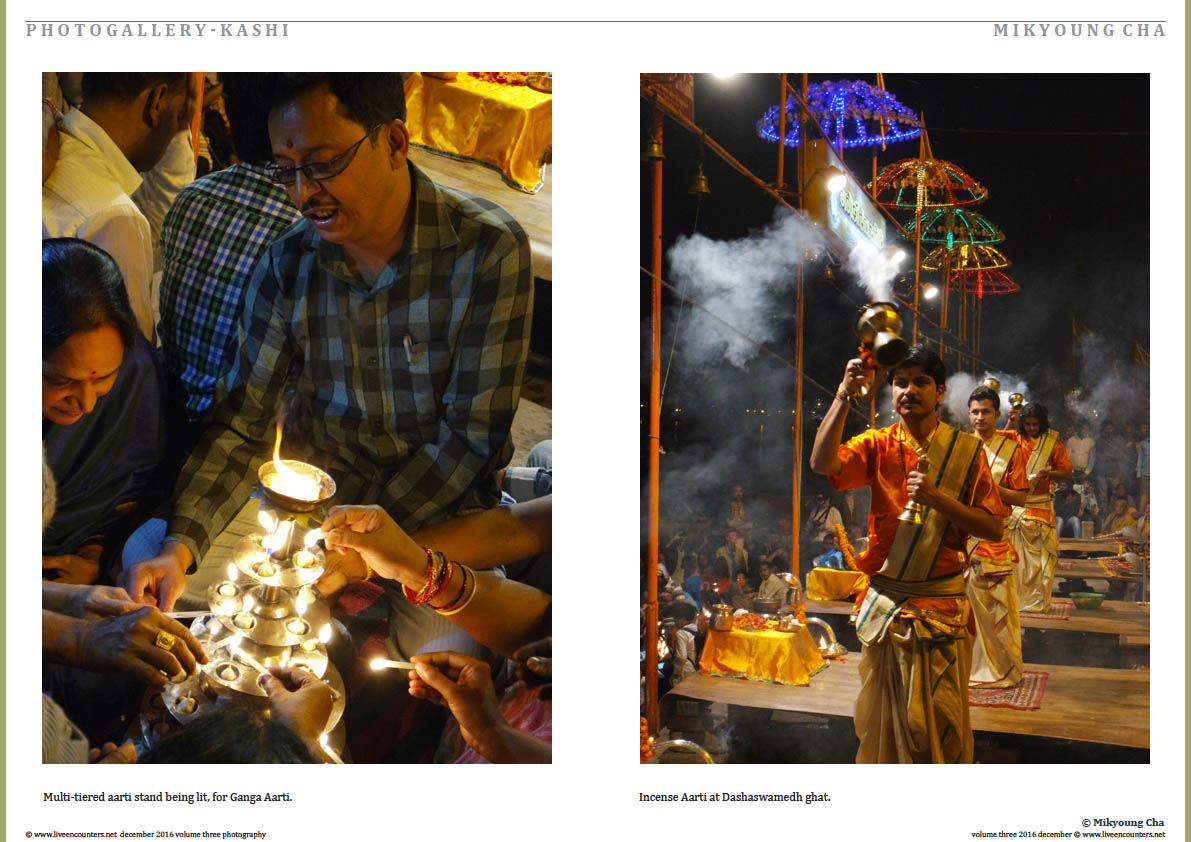 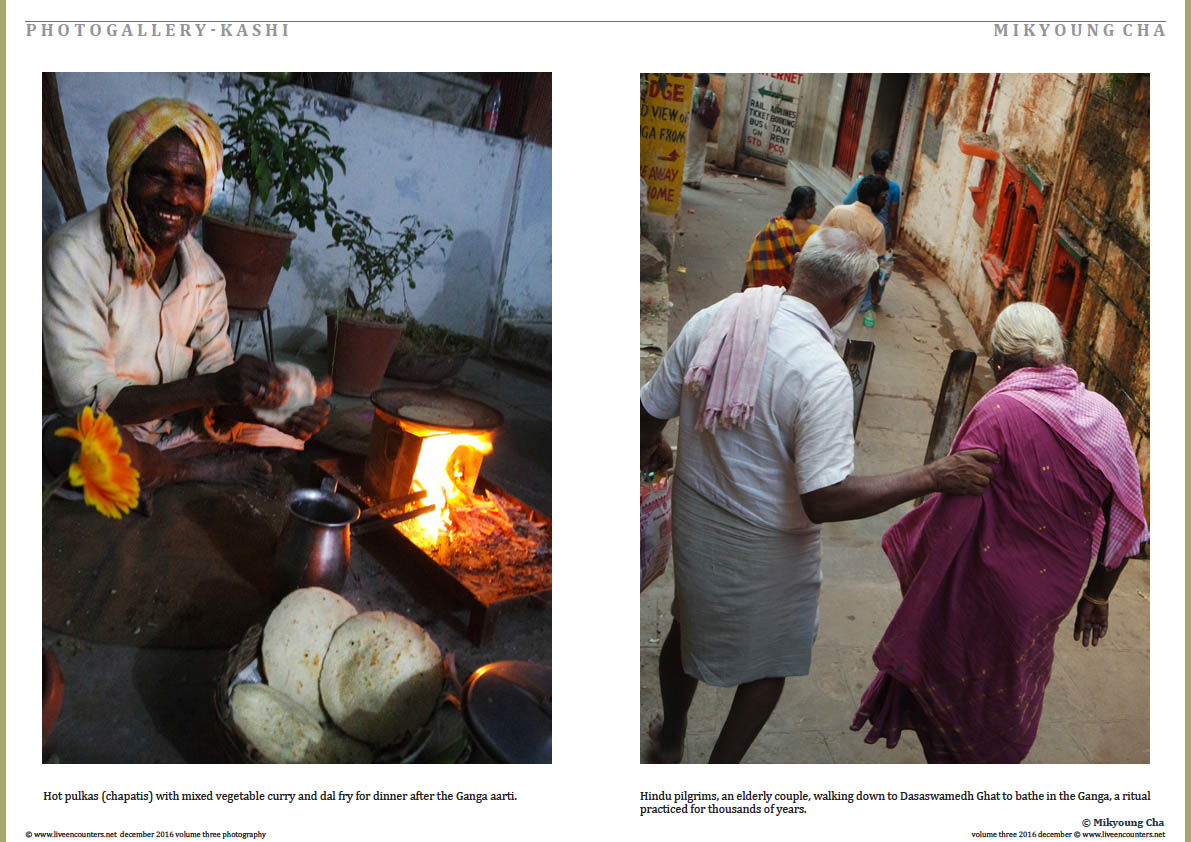