Paulo Coelho (Portuguese: [ˈpawlu kuˈeʎu]), born August 24, 1947) is considered one of the most influential authors of our times. He is most widely read and his books have sold more than 195 million copies worldwide, have been released in 170 countries and been translated into 80 languages.

He was born in Rio de Janeiro in 1947 and discovered early his vocation for writing. He worked as a director, theater actor, composer and journalist. His collaboration with Brazilian composer and singer Raul Seixas gave some of the greatest classic rock songs in Brazil.

He has received numerous prestigious international awards amongst them the Crystal Award by the World Economic Forum. He has been a member of the Academy of Letters of Brazil since 2002, and in 2007 he was proclaimed Messenger of Peace by the United Nations. Paulo is the writer with the highest number of social media followers and is the all-time bestselling Portuguese language author. 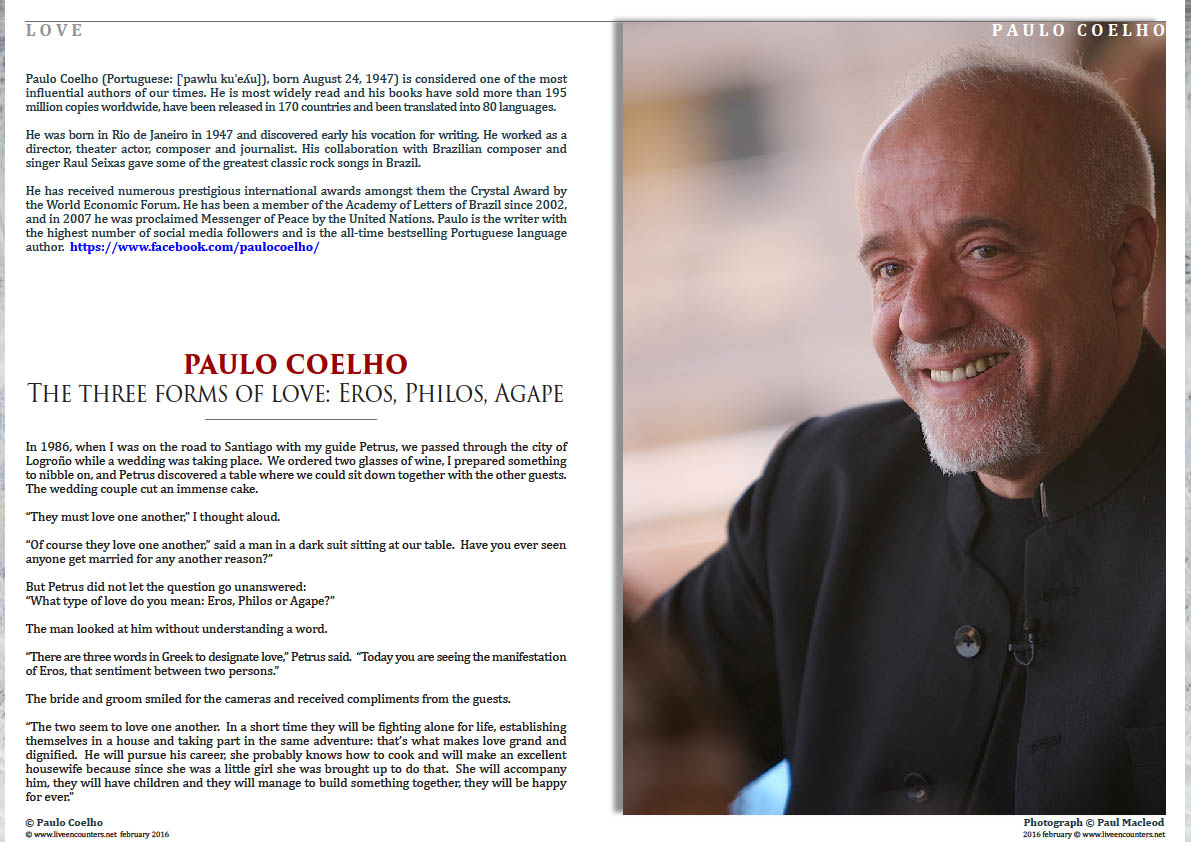 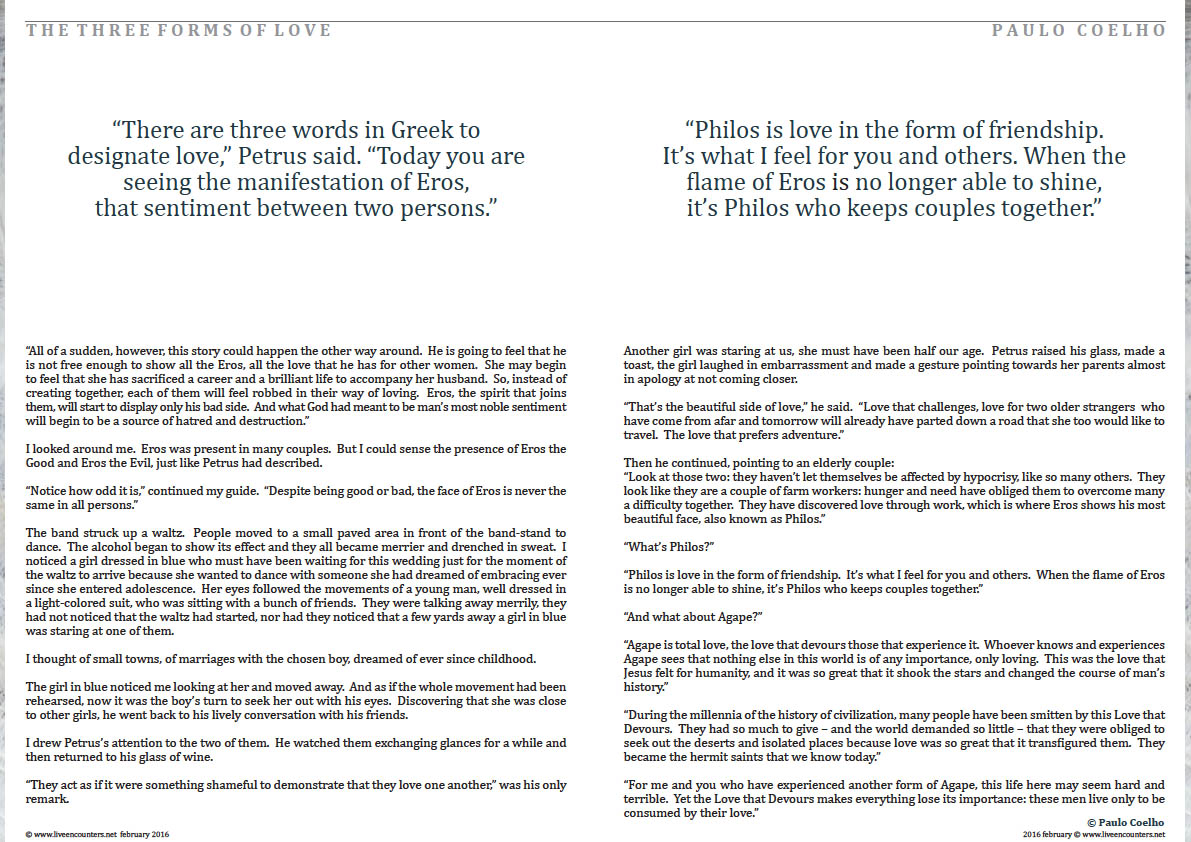 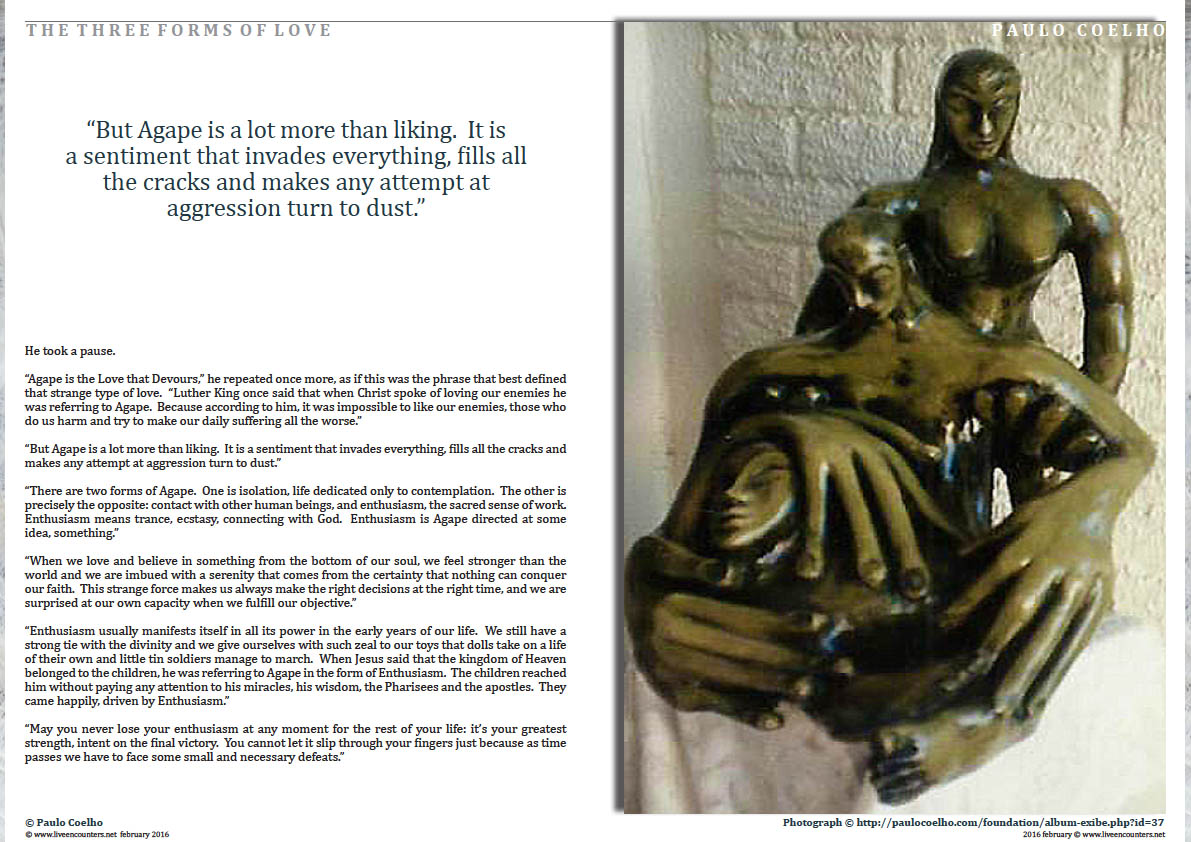