By the time you read this, the first, intense pain delivered by Israel’s bruising General Election campaign should have faded – but the scars will long remain.

Israelis are a highly politicised people, so while many expats returned home in order to vote, permanent residents enjoyed an official day’s holiday from work and school and a carnival atmosphere permeated the bunting festooned polling stations where long lines of people waited patiently to cast their votes while the parks were full of families picnicking in the early spring sunshine.

My fervent wish as a Zionist Union supporter, thoroughly disenchanted by both Prime Minister Binyamin Netanyahu (Likud) and Yesh Atid’s Yair Lapid (for whom I voted in 2013), was that I would have much to celebrate the following day.

But the fun was over before the first champagne bottle cork had popped! Indeed, I told one British friend that I was “utterly despondent! – gutted! The electorate”, I noted, had been “afforded the opportunity to get rid of someone who – the actual politics aside – has wielded too much power for far to long – and they missed it by a mile. A pity, a shame – and a huge waste of resources”.

Then I discovered that Netanyahu – whom many detractors brand a racist – had enjoyed strongest support from voters in Arab Al-Naim, a Bedouin village near Karmiel, where 77% voted for Likud. This, you may reflect, would not have been too difficult, as most of its 686-strong population are children!

That aside, during the five years since I immigrated here, there have been two wars and two countrywide elections – all financially, physically or emotionally costly – and all with an increasingly complacent and over-powerful Netanyahu at the helm.

So while I waited in vain for a radical change at the top, this essay is not about the man who remains as premier or even the ridiculously awful Israeli electoral process by proportional representation – which bears much of the blame for what happened – but concerns the fallout for those who lost.

The Israel Project, a highly respected non-profit educational organization, pointed out two days after the votes were counted, that:

“Israelis have rallied around the country’s traditional centre-left and centre-right pillars … pocketbook issues and the economy —the cost of housing, the job market, taxes and healthcare — were foremost on people’s minds. Security issues — threats from Hezbollah and Iran’s nuclear programme — were not the focus of this election because the differences between the parties are slight. But, added TIP, “this election was a dramatic reminder that Israel is a stable island of democracy in an increasingly turbulent Middle East”.

But Anat Hoffman, Executive Director of the progressive Israel Religious Action Centre which fights for equality in Israeli society, spoke for many when she referred to:

She added: “We hope that the Prime Minister takes the necessary steps to rebuild bridges with Arab-Israelis … However, we don’t know what the future holds in terms of the next Israeli government. We know that it is likely and realistic that the next government (with three ultra-Orthodox parties) will pose great challenges to our hopes and dreams for Israel”.

The Zionist Union, which at one time had seemed likely to win the election, saw its lead drop sharply to a tie but nonetheless had discussed a revolving prime ministership between Isaac Herzog and Tzipi Livni.

In the event, the party came in second, winning 24 seats against Likud’s 30 seats. Its main success came largely in central cities like Tel Aviv and it won the highest number of votes in 28 of Israel’s 33 wealthiest communities.

In my view, the Z.U. dropped to second place partly because it did too little, too late in a last-minute attempt to muster support from the growing number of native English speakers in the country.  Moreover, I was not impressed when after offering to help for a short time on polling day, I received several email messages expecting me to contact other people. If that is the Israeli way, then the Israelis will have to learn how to accommodate the customs of those relative newcomers whose support they seek!

It is said that President Reuven Rivlin wishes to encourage a unity government. This may well come about as the numbers of seats held by each of the respective parties has not changed much since the election in 2013.

So I’ll end here with a brief break-down of the new Knesset compared to its predecessor. The facts were provided by the Zionist Union. 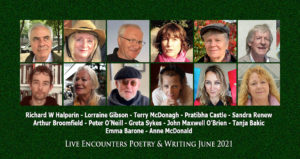