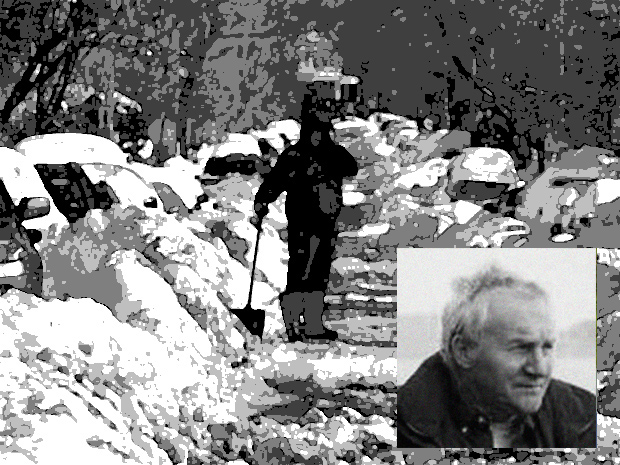 It’s winter again. I’ll be in Ireland this time, but I’m reminded of my first winter in Hamburg when was very cold and full of surprises. I was not used to ‘real’ snow and all the ritual that surrounded its arrival. The sound of that first scraping and shovelling still reverberates in my ears. These days, when in Hamburg, I am part of the ritual. My poem was a response to the surreal world of snow that met me in Hamburg many years ago.

It has been snowing for two days.
Yesterday, a clown dropped off
at the harbour – he was tired and
searching for peace. The snow
had really surprised him, he said.
Still, he walked to the city, passing
people shovelling snow by the flake,
brushing furiously, striking out at
heavier snow, or switching on
spotlights for the night watch.
One man heard the man sniggering;
he called the police. They came
with great fervour and bagged him
in one swoop. Under heavy guard,
he was taken to prison, while all
along the streets, people brushed
and swept and fought snowflakes.
——————————————–
Check out Terry McDonagh’s poems published in Live Encounters
Poetry – https://liveencounters.net/?page_id=121
Interview – https://liveencounters.net/?page_id=2105