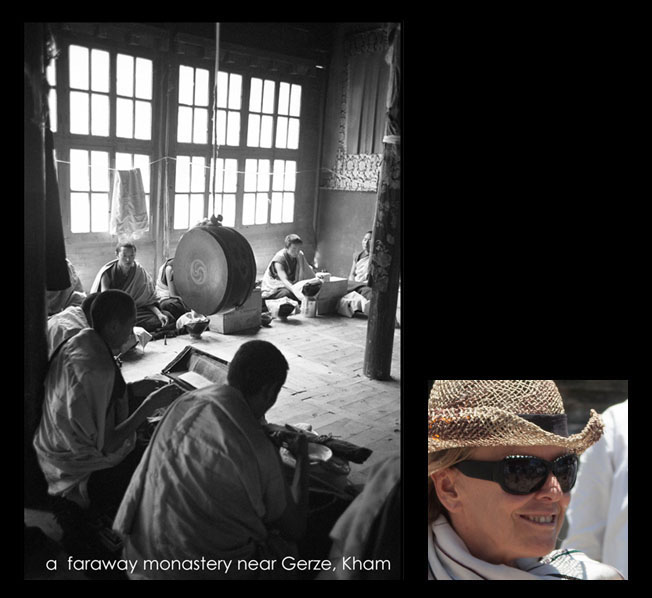 The Tibetans have been having a tough time in their own country for more than 50 years. But lately things have gone from bad to worse. When China invaded, they reconfigured the country so that the Tibet Autonomous region covered less than half of greater Tibet. All of the Eastern Tibet ( Kham) was relocated and came under the banner of what is now known as Szechwan. Amdo to the north comes under another district. The one positive thing about Eastern Tibet, was, as they were not recognised as Tibetans, per se, pictures of HH the Dali Lama were not banned and freedom of worship was a little less highly monitored. In the past two years, this too has changed and not they too fall under a similar oppressive regime as Greater Tibet. Torture, murder, and general interfering in their culture and religion have made life intolerable for many. Since China has been befriending Nepal one of their traditional escape routes (a gruelling trek through high snow covered passes and freezing conditions) has been almost completely shut down, on the word of the Chinese. Many refugees, on arriving at the Nepal border have been shot down and murdered or worse yet, sent back into China, where they will receive more punishment, if and when they recover from the hardships of their torturous journey. It is no wonder that more than 200 Tibetans have self immolated in the past two years – it is one of the few ways they have left, to protest their untenable situation. And still, inconceivably, the world turns a blind eye to the situation and sympathy and support remain missing. Let us all try to do what we can to give support to these proud, great spirited people who deserve a break.