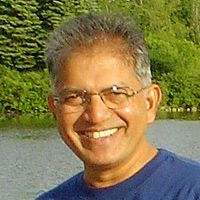 Does Religion Have A Political Role In A Country?
Ivo Coelho – Philosopher, Priest, Rector of Ratisbonne Monastery, Jerusalem.

Does religion have a political role in a country? This is a thorny but very actual question, especially in those countries where religions have large and significant presences. We might think most spontaneously of Christianity in its different forms in the West, but we ought to keep in mind also Islam in many countries around the world, Hinduism in India, and Buddhism in several countries of Asia.

The question has a history that is long and pesante, heavy, as the Italians would say. After the post-Reformation wars of religion in Europe, for example, there has been a tendency to relegate religion to the private sphere. On the other hand, it is not uncommon for preachers in certain countries around the world to give unambiguous exhortations to direct political action.

In a certain sense, the overlap between religion and politics is inevitable, given that religion is so all-encompassing. In my opinion, it would be a poor form of religion that concerned itself only with the hereafter to the exclusion of any concern for the here and now.

I cannot help remembering the question asked to Jesus about paying taxes to Caesar. Jesus is being asked to take a position on the issue of the Roman occupation, and it would seem that, whichever way he answers, he will get into trouble, either with the Romans or else with his own compatriots. His response is wonderful: “Give to Caesar what belongs to Caesar, and to God what belongs to God.” I find this astounding. Jesus’ questioners are the ones carrying coins with Caesar’s image on them. They are, in other words, consenting to the Roman occupation at least in some way. And then, what is it that belongs to Caesar and what to God? Is it not true that, in the final analysis, everything belongs to God, including Caesar and all that belongs to him?

The point is that there is an inevitable overlap between religion and politics, religion and the state. Jesus’ answer is profound, but it leaves plenty of room for interpretation, negotiation, learning. And I think we have to learn from history. So I want to say that, despite the fact that everything belongs to God, including Caesar, there is place for the legitimate autonomy of the political sphere. Religion, therefore, cannot become a force that dictates terms to the state. Just as faith does not do away with reason, so religion does not attempt to replace or take over the functions of the state. But it is also true that, just as faith somehow transcends, goes beyond and sublates reason, religion cannot simply withdraw completely from the sphere of the political. So the question before us is not whether religion has anything to do with the state, but simply what its role might be.

One way of putting the matter might be to hold that religion has the role of Socratic gadfly – and the more powerless the better. If politics is not merely a mechanism for regulating public life, if its lofty aim is to provide and achieve justice in the here and now for all, then the question inevitably arises, what is justice? And here is where religion is one of several forces that can contribute, by casting light on and by challenging or perhaps inviting to constant and ongoing  purification.

Politics tends to be linked to national, special, and even often simply personal interests. Especially when a religion is able to rise above such interests, it can play the role of gadfly, asking questions that no one else seems to be asking, provoking reflection. It will keep in mind, of course, also the fact that Socrates paid for his questioning with his life. So did Jesus, I can’t help thinking. He makes shrewd distinctions between Caesar and God, but everything he does has inevitable political implications. He invites himself to spend the night at the house of a Roman collaborator, the tax collector of Jericho, Zacchaeus. He heals the servant of the Roman centurion and even praises the centurion’s faith. On the other hand among his disciples there is not only a tax collector but also a zealot, someone who might be termed a terrorist or a patriot, depending on which side we are on. Faced with the ultimate test, however, Jesus does not shirk. To Pilate he says: You say that I am a king, and it is true. But my kingdom is not of this world. I have come to bear witness to the truth.

So when John Paul II became instant friends with the young Communist mayor of Rome in the early 1990s, he was not really doing anything new.

And when Jyoti Basu, the Communist chief minister of West Bengal, spent half a silent hour at the body of Mother Teresa, it was not really anything astounding. That is how it should be. We speak, we bear witness to the truth as we see it, but we do not hate, we keep crossing boundaries, we are friends. So when I hear about certain extreme Catholic attitudes towards President Obama, I find myself disturbed. I may not agree with certain of his stances, but I would not be blindly against him. We can work together even if we disagree on certain fundamentals.

And, besides, religion itself has to keep purifying itself in its concrete incarnations.

A one-track morality frightens me: Catholics, for example, who shout loudly against abortion and homosexuality, but are quite unmoved about war and injustice.

Cardinal Peter Turkson, who was with us here in Jerusalem recently, used a phrase that I like very much: gentle accompaniment. That is a good way of putting it: religion as gently accompanying humanity, politics, as the case may be. Not a heavy-handed religion, not a religion that is prepotente or attempting to dominate, but a religion that gently bears witness to the truth. And here, I must say, religion has its own rights to be respected and to be respectfully heard.

Speaking out is not the same as ‘interference.’ If everyone has a right to speak out and be heard, so do religious bodies. Telling the truth as one sees it is not necessarily ‘imposing’ oneself on others, and it would be uncharitable to interpret it that way. I believe that religions have a right to speak out and say their minds even on delicate issues, and I am fully aware that such speaking out can have large political fallouts, so I hope and pray that a religion that decides to speak out will also be careful not to issue diktats to its faithful. It will speak out, because it is within its rights to speak out. But it will not seek to impose, not even on its own adherents, and it will certainly not stoop to manipulate.

And then there is what Bernard Lonergan calls the dynamic of creation and healing. All religion bears witness also to the existence of Something or Someone by which or whom we are carried beyond ourselves, as it were. We do our little part to improve the lot of humanity, and if we believe, we do it not with cynicism but with hope. Lonergan refers to this component as ‘healing’: God is at work to redeem, heal, save, in ways that we know and in ways that we do not.

But there is also the component of ‘creating’. God’s ongoing work does not take away the need for human creativity, for insightful responses to concrete needs, for an ongoing evolution of systems to meet the needs of human beings on smaller or larger scales. Lonergan is engaged in making two points: first, that creating and healing are both necessary: the creative process, when unaccompanied by healing, is distorted and corrupted by bias; but the healing process, when unaccompanied by creating, “is a soul without a body.” Second, that moral or religious theorizing needs to arise from intimate knowledge of economic or political processes.

Thus economic theorists are called upon to work out a new type of analysis that acknowledges the inevitable component of human insight and decision in economic process, and that therefore works out how moral precepts have both a basis in economic process and an effective application to it. Moral theorists, on the other hand, must be able to see the need to descend from abstract and lofty moral principles to “specifically economic precepts that arise out of economic process itself and promote its proper functioning.” “When physicists are able to think on the basis of indeterminacy, economists can think on the basis of freedom and acknowledge the relevance of morality. Again, when the system that is needed for our collective survival does not exist, then it is futile to excoriate what does exist while blissfully ignoring the task of constructing a technically viable economic system that can be put in its place.”

While economics does not coincide with politics, no one will deny that the two are inevitably connected. So while religion might play the role of Socratic gadfly, witness to the truth, or gentle accompaniment, and while it also is a witness to its conviction that there is a component of healing in world process, there is also the fact that believers and religious and moral theorists, like everyone else, are called upon to contribute to the component of creating, so that their invitations to the purification of reason arise from proper familiarity with the economic, social and political processes in question.

And if I am right in my suspicion that this last part of my essay is intolerably vague, I will try to offset this by referring my readers to Lonergan’s essay itself, “Healing and Creating in History,” found in a collection of his essays entitled simply A Third Collection.