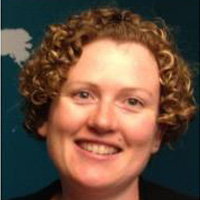 Women in Australian prisons and why they need human rights protections by Anita Mackay, Monash University. First published in Regarding Rights

There are a number of human rights concerns raised by the imprisonment of women that are equally important, so the following list should not be seen as one that is ranked by level of importance. It is also not an exhaustive overview, and instead offers examples.

Strip searching is a common occurrence in prison. It is used to find contraband items, such as drugs. Being subject to a strip search is a traumatising experience for anybody, but it is particularly so for the high percentage of women in prison who have previously been victims of sexual abuse/assault. It has been described as “sexual assault by the State”. Under the provisions of the ICCPR the prohibition of torture and cruel, inhuman, or degrading treatment and the right to be treated with “humanity and with respect for the inherent dignity of the human person” both require that strip searching be used minimally, if at all.

It has recently emerged that there has been widespread sexual assault of women in the Brisbane Women’s Correctional Centre by a prison officer. This clearly involves a criminal offence, but it also violates the right to personal security as provided for by international human rights law.

Anita Mackay is a PhD scholar at Monash University and a former visitor to the Centre for International Justice and Governance. Anita’s thesis compares prisons operating under a human rights framework with prisons operating according to restorative justice principles. She is conducting this research under the supervision of Associate Professor Bronwyn Naylor and Dr Julie Debeljak. Anita is also employed as a research assistant on an ARC grant about the application of human rights legislation in closed environments.