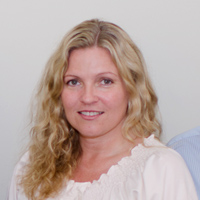 The RACP Position Statement raises an important question about why children in Australia do not enjoy the same right not to be harmed as adults and whether this discrepancy is based on any valid moral or legal premise. As of 2012, 33 international states had prohibited all forms of corporal punishment, including in the home and in schools. A further 18 governments are also publicly committed to considering prohibitions, including our Asian neighbours Sri Lanka, Taiwan, Bangladesh, and Thailand. Concerningly, a formal commitment from the United States and Australia appears to be absent.

Currently in Australia the use of non-consensual physical force, including harming another adult or another person’s child, may open up a liability under the tort of trespass. That the force was a form of punishment for some wrong is not an acceptable defence. However, as noted in the RACP Statement, using physical force against one’s own child is acceptable in all jurisdictions provided the level of force is reasonable and for the purpose of correction.  This discrepancy highlights a fundamental flaw in our nation’s occasionally ad-hoc approach to implementing and enforcing those basic human rights (as defined in various United Nations instruments) to which all persons have a claim, and to which Australia has formally agreed.

Nikola Stepanov is a doctoral scholar in philosophy and law (Rights of Children) with the Melbourne Medical School & School of Population and Global Health, The University of Melbourne, and recipient of an Australian Postgraduate Award. Nikola also works part-time as a lecturer in Medical Ethics and Law with the School of Medicine, the University of Queensland.

Nikola enjoys working as part of a small but committed international paediatric ethics community, and together with Nigerian Bioethicist Sam Ujewe, will be spending the summer in Cyprus as an invited visiting scholar of the University of Central Lancashire’s (UCLan) Centre for Professional Ethics and UCLan Faculty of Law-Cyprus.

One Reply to “Nikola Stepanov – Corporal Punishment and Children”