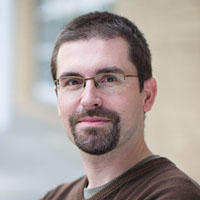 More than ten years after its entry into force, the Rome Statute of the International Criminal Court (ICC) is enjoying wide-spread global support. Despite this progress, states in Asia generally remain reluctant to join the Rome Statute. Nevertheless, the global dynamic of the past years has also left its mark on the attitudes among states in the region. In Southeast Asia in particular, the promotion of human rights norms and principles at the regional level is gaining momentum, most visibly manifested in the creation of an ASEAN Intergovernmental Commission on Human Rights and the adoption of an ASEAN Declaration on Human Rights. Although this development has not yet advanced the issue of accountability for breaches of norms of international human rights and humanitarian law, individual states have taken steps that indicate an increased recognition of the need to prosecute those responsible for mass atrocities.

Christoph Sperfeldt is Regional Program Coordinator at the Asian International Justice Initiative (AIJI), a collaborative program of the East-West Center and the University of California, Berkeley’s War Crimes Studies Center, where he supports regional human rights and justice sector capacity-building efforts in Southeast Asia. Prior to this, he was Senior Advisor with the Gesellschaft für Internationale Zusammenarbeit (GIZ) in Cambodia. In this capacity, he worked from 2007 to 2010 as an Advisor to the Secretariat of the Cambodian Human Rights Action Committee (CHRAC) and from 2010 to 2011 as Reparations Advisor to the Victims Support Section of the Extraordinary Chambers in the Courts of Cambodia (ECCC).