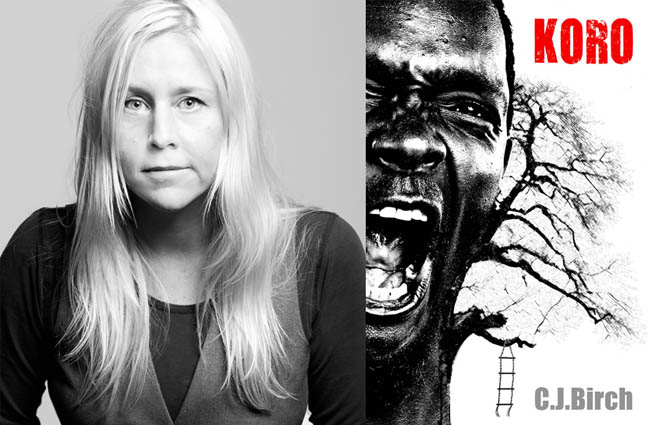 I have published one book, KORO. I worked on this book for 3 years and then left it for months. I worked through this story in the company of four independent writers, we shared the experience and for their contribution I will always be grateful. Their insights presented me with many gifts and I learned a lot from their understanding of my work. When I returned to the manuscript, I edited it at length and then submitted it to ten agents. In every case the feedback I received was that the work was of a high standard but the subject matter was ‘not for them’. I was initially asked for exclusivity on my manuscript – one agent was taken with the tale – but she completed reading the work and asserted that she had found the work ‘harrowing’ and as such could not offer me a contract. I do not see this story as harrowing. I see it as real. It tells an uncomfortable truth. Fiction tells truths more effectively, sometimes, than reality does. The tale is in parts fairly graphic and I describe life the way it is.

C.J.Birch  – “I was born into colonialism.  My upbringing in a pre-Mugabe Rhodesia, with attendant maids and garden boys was privileged, special.  I understand that during this time I was impressionable, affected deeply by the ways of the world.  I walked as a child with a wide open heart.  I watched people being and I tried to understand how to be in life.  I began my journey young.  I spent many hours with our domestic servants, sitting ‘around the back’ with them.  At the time I did not think it strange that we lived in the big house and these black people – who fascinated me – lived in a kaya (room) in the corner of the garden.  We were ordinary people facing extraordinary circumstance.  In 1983 we relocated to an apartheid South Africa.  Blacks in South Africa were not the same as blacks in Zimbabwe.  In Johannesburg I learned to disrespect a person because of the colour of their skin.  I learned to treat blacks as if they were invisible.  I had a hard time reconciling myself with this flaw when I moved to the UK in 1998 after two armed robberies and an attempted rape in Johannesburg.  On the one hand, I felt rage against the system that had produced criminals who hated whites and on the other, I was enraged at having been on the receiving end of that detail of violent crime and wanted the perpetrators brought to justice.  They never were.  The UK was important for me.  I was there nine years.  I learned there that a multi-racial relationship was not something to be horrified by.  I began to speak to black people and I began to love their way, their beauty.  Theirs is a kindness of spirit.  It took me some years to change my thinking.  The change humbled me.  I began to understand that the violence visited upon me was not personal, and that transcendence was one way out of a dead-end situation.  I adjusted my attitude, and I modified my thinking.  I am proud to say I am not racist.  I was.”