This documentary is about a young man, Shin Dong-Huyk, who escaped from a “Camp” in North Korea. His parents were married in the camp where he was born. Shin’s childhood years were made up of beatings, starvation, human degradation and entertainment of a macabre kind – witnessing executions. The only world he knew was within the fortified camp…where the smell of fear and human waste filled the air. It was his life …surrealism in the depths of hell.

Wiese in his many interviews with Shin has brought forth onto the screen, with a mix of animation, the sheer inhumanity of humanity… the power of the human soul to survive in abject futility.

Shin’s escape and subsequent international celebrity status has made him consider returning to hell i.e. Camp 14! His mind, his spirit still battles on in the realms of a H.P.Lovecraftish world of living horror.

Camp 14 – Total Control Zone is a reminder to many among us who whine about the necessities of life and the travails of everyday existence that there are people out there surviving on the mere whim of a man with a gun. 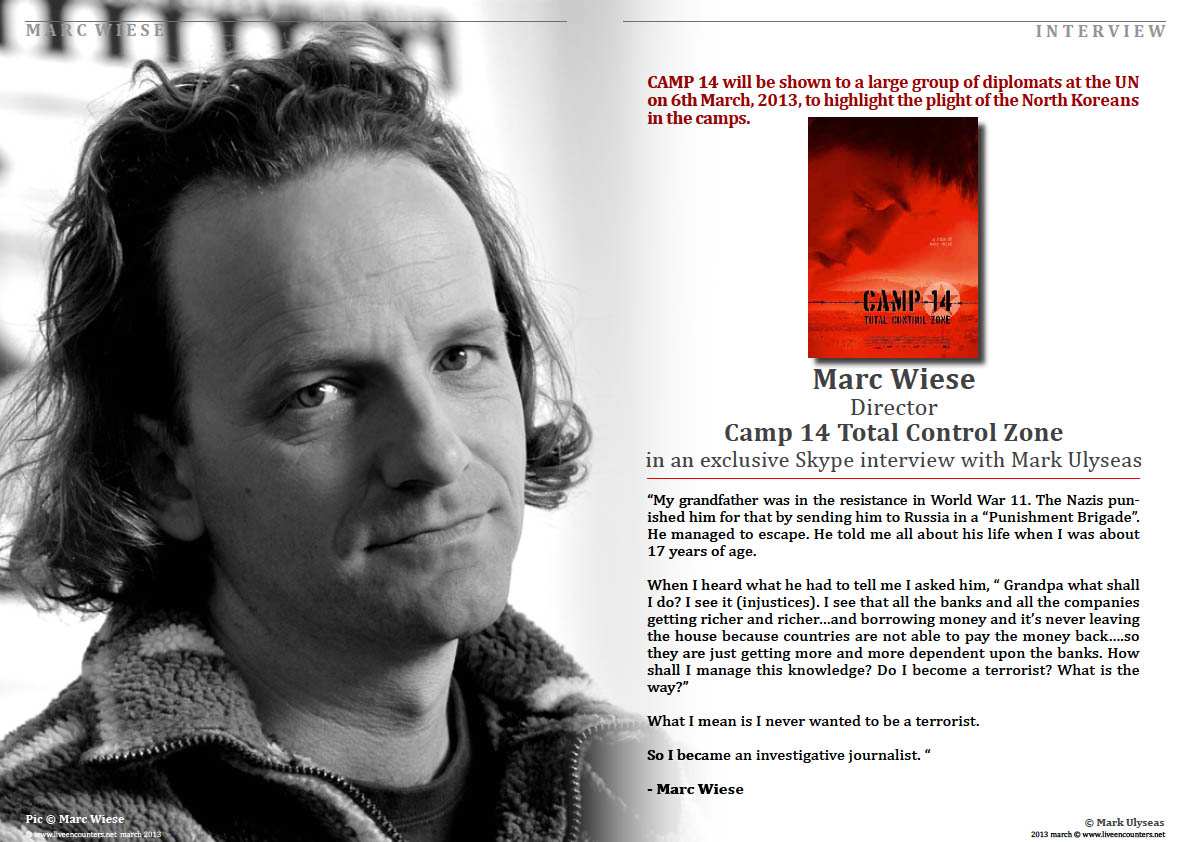 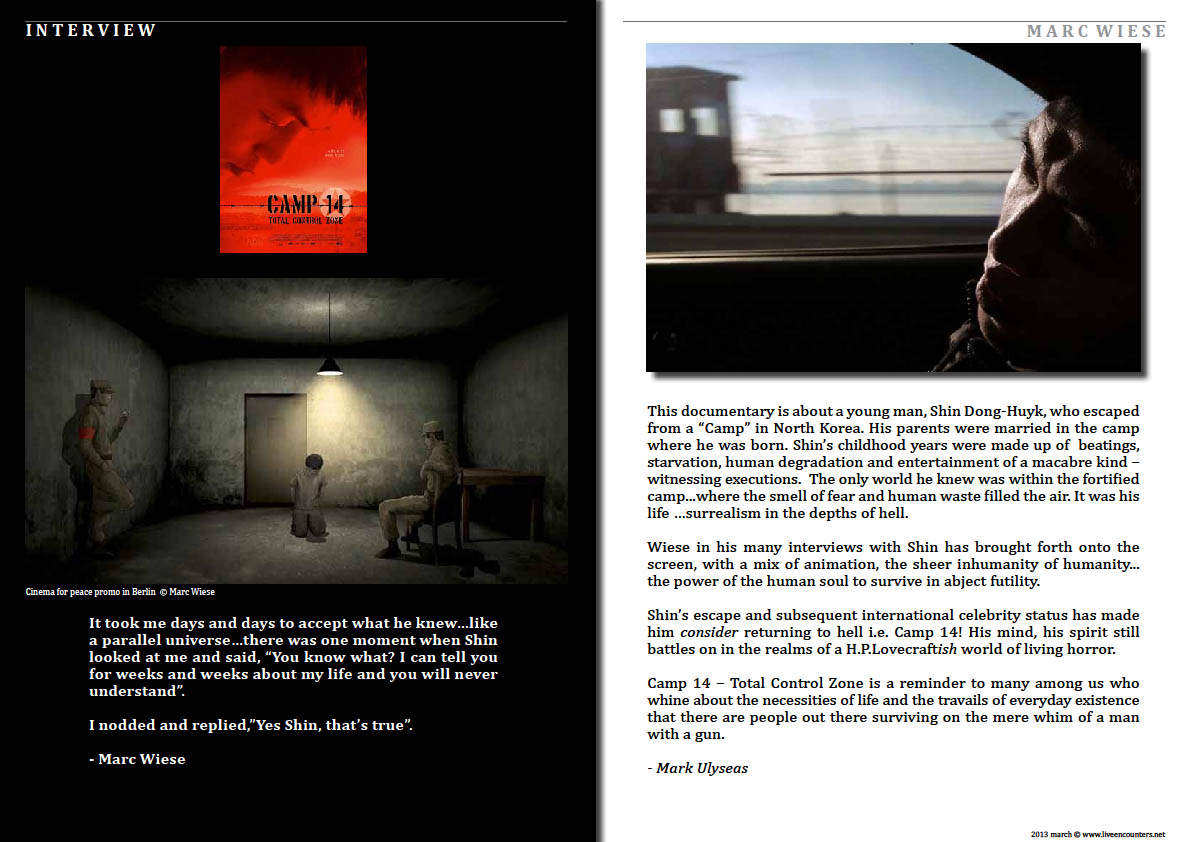 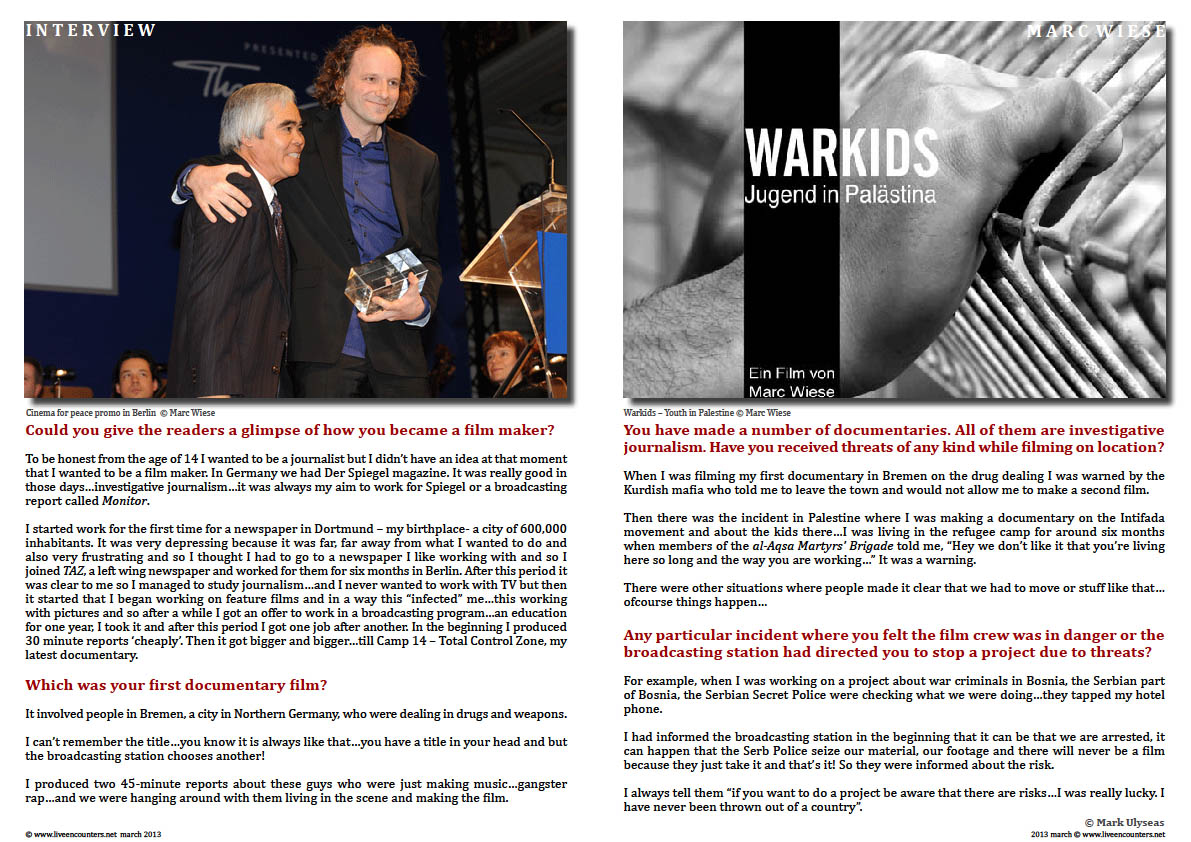 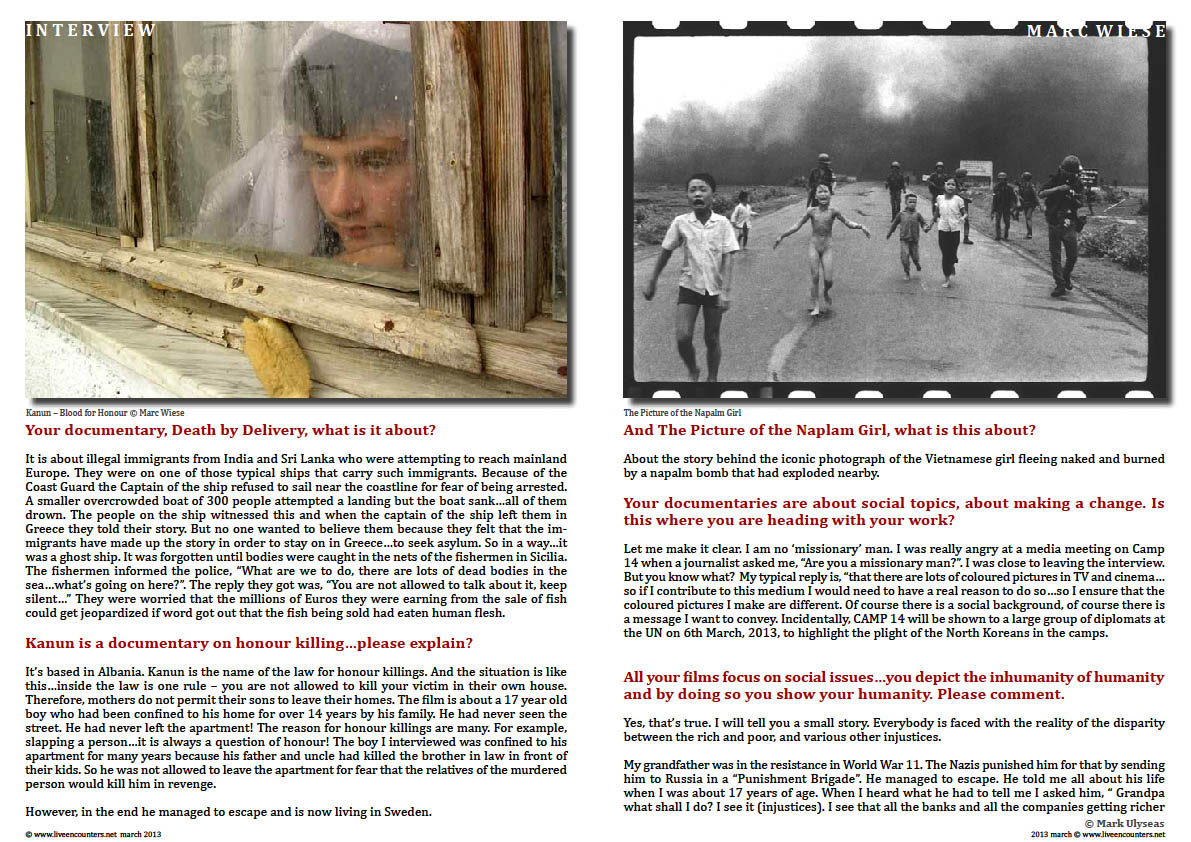 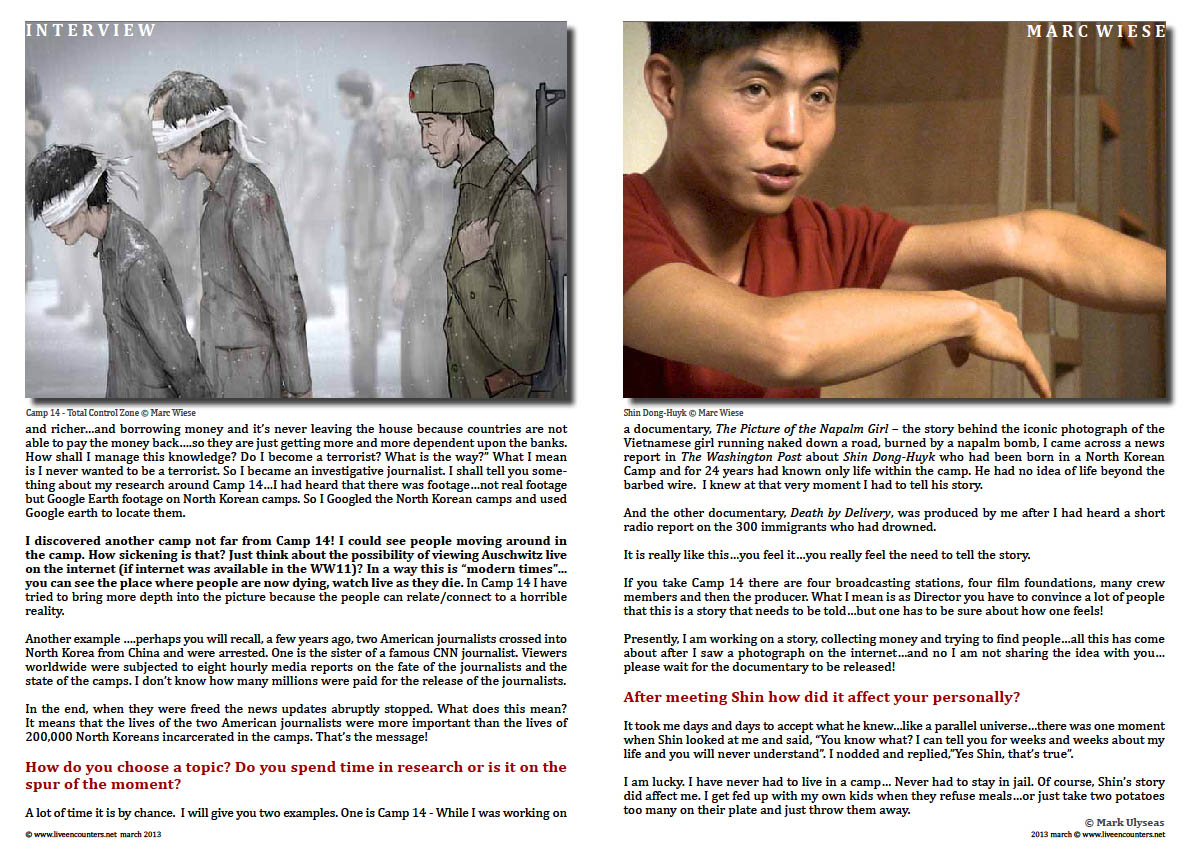 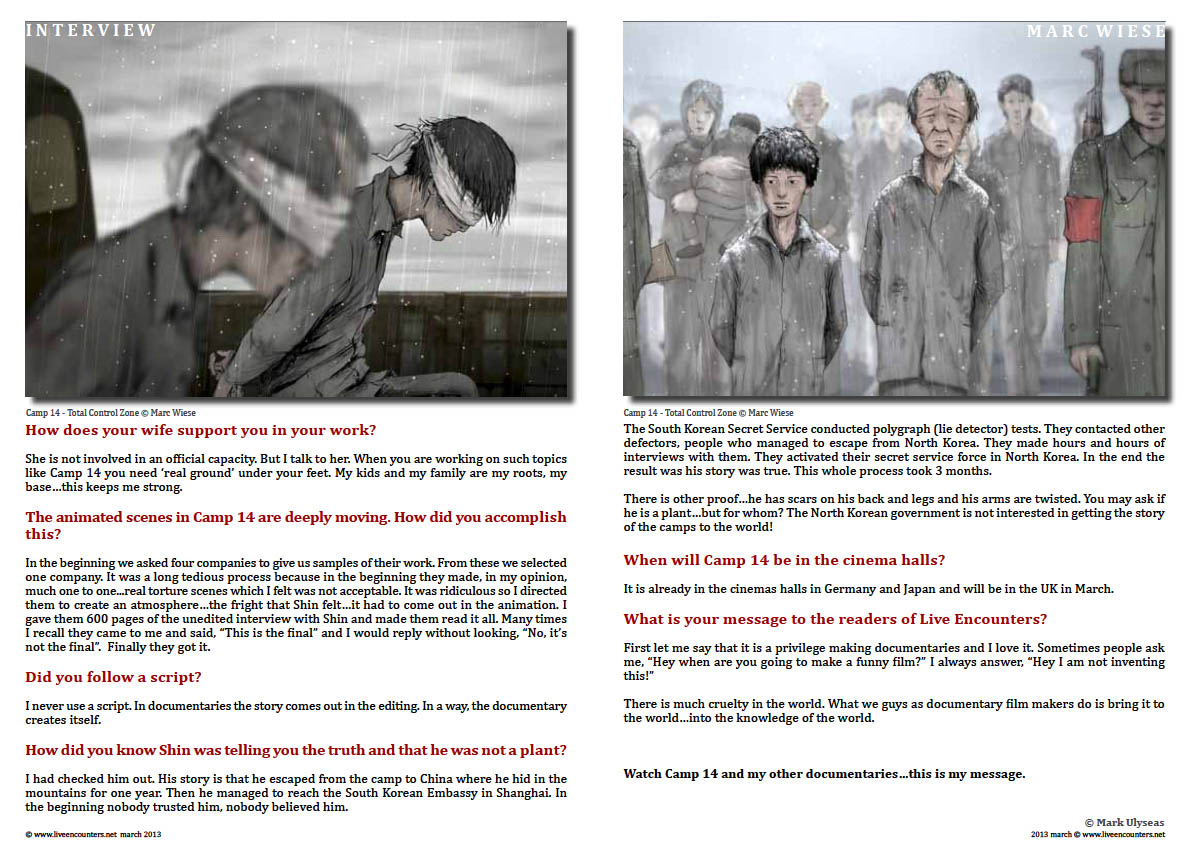 Marc Wiese was born in Dortmund, Germany. He has been directing documentaries for television and cinema for over fifteen years. His films include Death by Delivery, Radovan Karadzic: Most Wanted?, Warkids – Youth in Palestine, Kanun – Blood for Honour, The Picture of the Napalm Girl, and Camp 14 – Total Control Zone. www.camp14-film.com