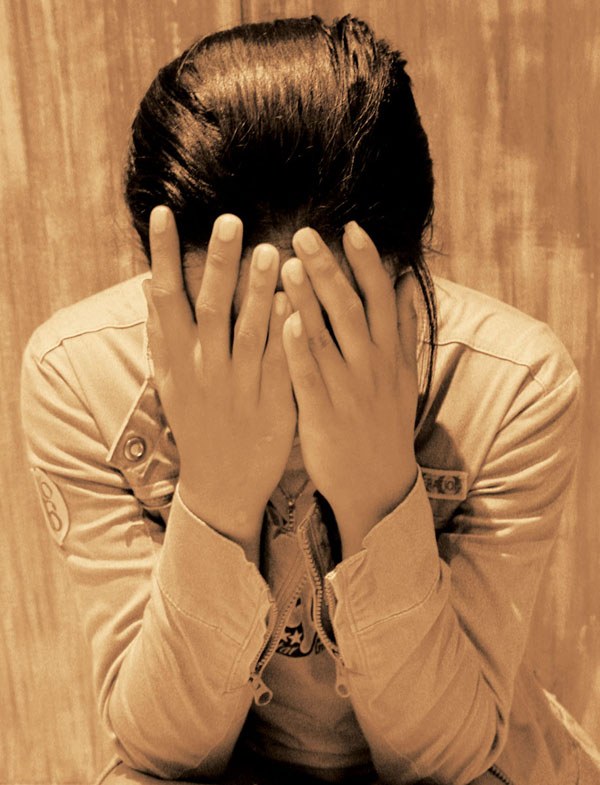 “A woman is molested every 12 minutes, burnt for dowry every hour and raped every 21 minutes.” – Praful Bidwai, LINK – Rape, female foeticide, casteism and slavery are diseases that are endemic in the world’s largest democracy. But where do these sordid social afflictions originate from and why has the mindset of Indian society been largely resistant to the legitimate protests from women’s rights groups and enlightened citizens ? Will 2013 be a watershed year for the emancipation of the Indian woman?

The “Amanat” rape case in Delhi, which is believed to be the rape capital of the country by statistics, has unraveled the myth of Mother India. Perhaps it should be called Father India because of its skewered patriarchal society that continues to treat the Woman as a receptacle for the male libido, breeding machine and domestic help… an appendage to Man. The myth of Mother India has been perpetuated based on the premise that the country is the spiritual mother – strong, passionate, loving, forgiving…And that the people rest in her embrace. A movie was made portraying the ‘super Indian woman with high moral values overcoming all life’s hardships’.

In reality this personification of the Indian woman has just been raped.

In fact, this has been going on for a very long time and the image perceived and flaunted of “Mother India” exists in the realms of fantasy. One has only to read how Sita ended her life in the Ramayana and the fate of Draupadi in the Mahabharata to understand the psyche of many Indian men who view women as a sub -species.

In the aftermath of the Delhi rape there were quite a few misogynistic statements by Indian politicians. Here are some classic examples:

01. “One has to abide by certain moral limits. If you cross this limit, you will be punished, just like Sita was abducted by Ravana” – LINK.

02. The President of India’s son has said, “These pretty ladies coming out to protest are ‘highly dented and painted’,” – LINK.

05. “Rape of grown-ups understandable but not of minors” – LINK

Religion is a controlling tool for man as no one dares argue with his interpretations. The man interprets/makes/imposes the religious laws, while the woman is supposed to obediently comply. Followed closely by religion is the wretched caste system which continues to exist and in some areas flourish thanks to the Great Indian Middle Class, the powerful Indian media and caste politics. One has only to glance through the matrimonial pages/supplements of leading newspapers to view the evidence; and also to trace the machinations of political parties that play vote bank politics.

It is the caste system and the class divide that adds to the Indian woman’s vulnerability. This is reflected in the disparity between the educated Indian Middle Class and the great unwashed; homeless and lower class people of rural India, bonded labourers (people bought/sold into slavery), subsistence farmers and daily wage workers in cities… nearly 400 million living on or below the poverty line. (61 people were set free from a life of slavery in India, including children as young as 5, by International Justice Mission – LINK).

Around 77% of the country’s population lives on Rs.20 (00.40cents) per day (Ranjana Padhi’s interview in Live Encounters January 2013 – LINK). These people who have every right to assistance from the State are often subject to abuse. The women in particular face the daunting task of surviving beatings and/or sexual abuse. Even children a few years of age, little girls, fall prey to the sexual depravity of men who know these helpless people cannot retaliate nor seek justice because the System fails miserably.

There are instances where the police themselves have taken sexual advantage of these poor folk. Criminal apathy is the order of the day. (A sting operation by Tehelka targeting 23 police stations across the Delhi NCR reveals that men in uniform have a strict litmus test when it comes to determining “real” rape cases. According to their stringent criteria, almost all women deserve to be raped. LINK).

The massive demonstrations in Delhi showed the class divide – women from the educated classes in Metros are more ‘important’ than those of the lesser class… the great unwashed.

The class divide is self evident in these two instances that failed to ignite the Nation:

01. Sikar, Rajasthan – An eleven year old girl abducted/raped by six men and after a day left on the roadside bleeding profusely. Five months till date she lies in a hospital after 14 reconstructive surgeries. The men who raped her are believed to have told the family, “You are poor, what can you do? Take some money and take back the case”. LINK

02. Kerala – The Suryanelli rape case. A sixteen year old abducted/raped by a bus conductor and then passed onto others. She was raped by 42 men in 40 days and left on the roadside seriously injured for she couldn’t sit or stand. The Supreme Court is to hear her case after an 8-year gap. LINK

Amanat, the brave Delhi woman, is now called the daughter of India. Politicians and others are falling over one another to condemn the savage rape/murder. And the government with an eye on the 2014 General Elections has grandly announced that they are working on instituting new laws and fast track courts for rape cases. Others vociferously demand castration and or death penalty for the accused. Even United Nations Secretary-General Ban Ki-moon spoke out about the case and urged India to protect her women!

But there are no voices for the girl in Sikar and the other in Kerala. The silence from the Indian Middle Class and political parties is deafening. The less said about the response from religious leaders the better.

India has a fixation with the ‘Mother’. Here men adore their mothers and sisters and yet torture and abuse their daughters-in-law for insufficient dowry, sometimes murdering them. Rampant female foeticide, new born girls abandoned on garbage dumps and other public places is wide spread even among the educated classes. The Indian State of Haryana is said to have the lowest male-female ratio. Their men have to look as far as Karnataka in south India for brides. There is no Mother India. It is a myth based on warped perceptions and an embedded Oedipus complex. The sooner Indians except this and work towards creating a living breathing Mother India the better it would be for the position of women in this country.

One hopes that the massive protests in Delhi and elsewhere across the country will bring about a social change in India, a country contaminated by the caste system, class system,  puerile caste politics and religious fundamentalism. The change will only come if the Indian middle class, intelligentsia, national media and enlightened politicians come together as a cohesive force to be the Change!

Perhaps a brave new world for the much abused Indian women will begin in 2013.

Prior to publishing this I sent a copy to Ranjana Padhi and this is her reply (unedited).

“I could follow what you write. The logic is correct. Caste and class barriers are formidable here. But as an activist/feminist I would not arrive at such conclusions without looking at (1) resistance and (2) what women are achieving despite such barriers. So it turns out like one big event gets the attention and we see the worst. It does not work like that. And if you do not do it, how do you show hope? Look at the struggle of Bhanwri Devi etc., or the resistance of women in Manipur against the rape of Manorama by Indian Army. I liked the way you have touched on the epics and the basic ingrained patriarchy in the culture. But let us see what is redeeming too.” – Ranjana Padhi, Author, Activist, Feminist

Live Encounters has included other views in this edition.