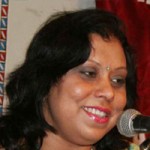 Borders become the site where this contest over inclusion and exclusion is played out. They demarcate the inside from the outside, sovereignty from anarchy and the singular from pluralistic space. They construct what Nira Yuval-Davis has termed “the space of agency, the mode of participation in which we act as citizens in the multi-layered polities to which we belong.”

Hence borders are not merely lines. They are zones that situate the gray areas where the jurisdiction of one state ends and the other begins. They are the common ground of two or more states that share them and also interpret its meanings in very different ways to its citizens in their national narratives, history writing and collective spatialized memories. In the case of India security concerns overwhelm all other equally legitimate concerns and values. Military security dominates over human security in the border region.

These borders, or more precisely borderlands, are also peopled by groups that have linkages to both sides of the borders. Yet in their efforts to emphasize the national identity, state sovereignty demands a severance of those linkages that “encourages difference” leading to a conscious exclusion of the recalcitrant from the inner circles of privilege. As a result of this, States often forget that borders are not only lines to be guarded, they are also lines of humanitarian management, because borders are not lines but borderlands – that is to say these are areas where people live, pursue economic activities, and lead civilian lives attuned to the realities of the borders.

Read More…Paula Banerjee, co-author of Women in Indian Borderlands in an exclusive interview with Mark Ulyseas

Paula Banerjee specializes in issues of conflict, peace and displacement in South Asia.  She has published extensively on issues of borders in South Asia. She has recently edited a special volume in the Journal of Borderlands Studies entitled Women in Indian Borderlands (2012). Her latest book called Borders, Histories, Existences: Gender and Beyond has been widely quoted. Paula Banerjee is the international editorial board member of a number of journals including the Oxford Journal of Refugee and Refugee Watch.She is the current Vice President of the International Association of Studies in Forced Migration and she is teaching at the Department of South and Southeast Asian Studies,University of Calcutta.  http://www.mcrg.ac.in/pb.htm