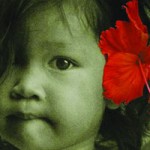 On 16 December, 2012, a 23-year old woman and her friend hailed a bus at a crossing in South Delhi. In the bus, they were both brutally attacked by a group of men who claimed to be out on a ‘joy-ride’. The woman was gang raped and the man beaten up; after several hours, they were both stripped and dumped on the road. The young woman died from her injuries thirteen days later while undergoing emergency treatment in Singapore. Her male friend has been discharged from hospital and has helped identify the men responsible for the heinous crime.

We, the undersigned, women’s, students’ and progressive groups and concerned citizens from around the country, are outraged at this incident and, in very strong terms, condemn her gang rape and the physical and sexual assault.

As our protests spill over to the streets all across the country, our demands for justice are strengthened by knowing that there are countless others who share this anger. We assert that rape and other forms of sexual violence are not just a women’s issue, but a political one that should concern every citizen. We strongly demand that justice is done in this and all other cases and the perpetrators are punished.

This incident is not an isolated one; sexual assault occurs with frightening regularity in this country. Adivasi and dalit women and those working in the unorganised sector, women with disabilities, hijras, kothis, trans people and sex workers are especially targeted with impunity – it is well known that the complaints of sexual assault they file are simply disregarded. We urge that the wheels of justice turn not only to incidents such as the Delhi bus case, but to the epidemic of sexual violence that threatens all of us.