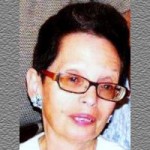 I am disappointed but wholly unsurprised by Lord Justice Leveson’s dismissive attitude towards hatred on the Internet. After all, the problem is in my opinion, more pernicious than the gross invasions of privacy and attendant matters on which his recent Inquiry hung. If, as he noted during a visit to Sydney, Australia in December that laws are needed to prevent ‘mob rule’ on the Internet and ‘trial by Twitter’, why won’t he handle antisemitism and other forms of hate that abound there?