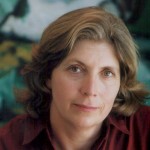 The Western Wall in Jerusalem, in the words and Yiddish accent of Issac Bashevis Singer, is “like any other Veilin Vall (wailing wall).” It is the only distinct and concrete holy place for the Jewish people. The site of the Western Wall is run by an ultra-Orthodox group of bureaucrats and rabbis who are dictating the life choices of all who enter (Jew and Gentile alike.) This group, The Western Wall Heritage Council, determines the character of the holiest site for the Jewish people. They are the ones who have taken this historical site, with deep meaning to Jews from all denominations, and turned it into an Orthodox synagogue with all the restrictions that go along with that distinction.

Pope Benedict XVI learned how extreme this group could be during his 2009 visit to Israel. The chief rabbi in charge of the holy places and the wall, Rabbi Shmuel Rabinovitch, said that just as the Pope would take off his shoes when entering a mosque, he should take off his crucifix when visiting the Western Wall. It took a while to explain to Rav Rabinovitch the difference between the Pope’s shoes and his crucifix. One is a clothing item, while the other is the essence of his identity. The rabbis ultimately relented and the Pope kept his crucifix on during the visit. The idea of starting a fight with 1.5 billion Catholics was a fight they were not ready to wage. Conversely, these same rabbis are more than happy to pick a fight with Jewish women who want to pray at the Western Wall because they are viewed as weak. The Western Wall Rabbis do not fear Jewish women will cause the kind of international backlash that would have resulted if the leader of the world’s Catholics was forced to remove an item that symbolizes the essence of his faith as a Christian. The rabbis fail to see that the right to wear a tallit (prayer shawl) is the same symbol for us, the Women of the Wall.

Women of all Jewish denominations have gathered every Rosh Chodesh (the new month in the Jewish calendar) for the last 23 years to pray together wearing a tallit, singing out loud and attempting to read from the Torah scroll. Our group is wonderful because it’s the only multi-denominational Jewish prayer group in existence at the Wall and maybe in the world. We became sisters as we reached across our varied Jewish practices to celebrate the new month together. Our unique community is a complex exercise in sensitivity and mutual respect. It is therefore quite shocking that our group is seen by the ruling powers of the Wall as provocative and having no respect for the feelings of others. We have suffered verbal and physical harassment by ultra-Orthodox male and female onlookers, who are threatened by our practices, which, though complying with Jewish law, seem to them to be quite unusual and challenging.

On October 16, 2012, I was arrested at the Western Wall while conducting a prayer service in honor of Hadassah’s centennial birthday. Two hundred and fifty Hadassah women came to the wall in solidarity with our group. As we were chanting the “Shema,” a major prayer in the service, a police officer approached and ordered me to leave the Wall Plaza. I was taken to the nearby police station, and night of humiliation and pain followed. I have never experienced such intense levels of intimidation. I was taken to jail in handcuffs, pulled along the ground by my wrists, strip-searched, and left to sleep on the floor of a jail cell with nothing to keep me warm but the same tallit that started the problems in the first place. When I asked why I had to sleep on the floor, the guards simply said they were having a shortage of beds.

Treatment like that is designed to make women scared of entering the Western Wall complex with a tallit, in spite of the fact that women wearing prayer shawls are common all over the world. Only in Israel does this simple act meet with such intense pressure. It is important to note that when I enter a room of Israelis with my tallit, it is usually the first time most of them have ever seen one worn by a woman.

So why do I do it? That is a logical question given the terrible coercion I was subjected to that night and the continuous abuse that has been hurled at all of us who go to the Wall on Rosh Chodesh over the last two decades. The reason is simple: if women do not stand up for their rights the patriarchal religious authorities in Israel will continue to push women further and further out of sight. Hopefully the more regular Israelis see me and other women wearing tallit, the more they will come to understand that it is not religious subversion on our part.

I respect Jews who pray differently than me, and I understand that many women do not wish to wear a tallit. The rights of millions of other Jewish women who do wish to pray at the Western Wall with a tallit in peace and safety was never meant to infringe on the rights of others. It was, and continues to be, a simple statement that there is more than one way to be a Jew and this holy site belongs to all of us.