Anjum Katyal, author of Habib Tanvir: Towards an Inclusive theatre, (Published by Sage Publications), in an exclusive interview with Mark Ulyseas

“To me, the greatest importance of Habib Tanvir’s theatre legacy is his sustained and serious exploration of how one could create a modern theatre integrated with an age-old yet equally contemporary oral culture, not just as an ‘exotic’ imported element but as an integral part of its form and content. He achieved this in his Naya Theatre work with Chhattisgarhi actors: together, he and the actors shaped a theatre that was both critically acclaimed and hugely popular (his iconic Charandas Chor is still in demand, even after his demise). They travelled the country and the world, and everywhere his productions were accepted as modern, not folk, theatre.” 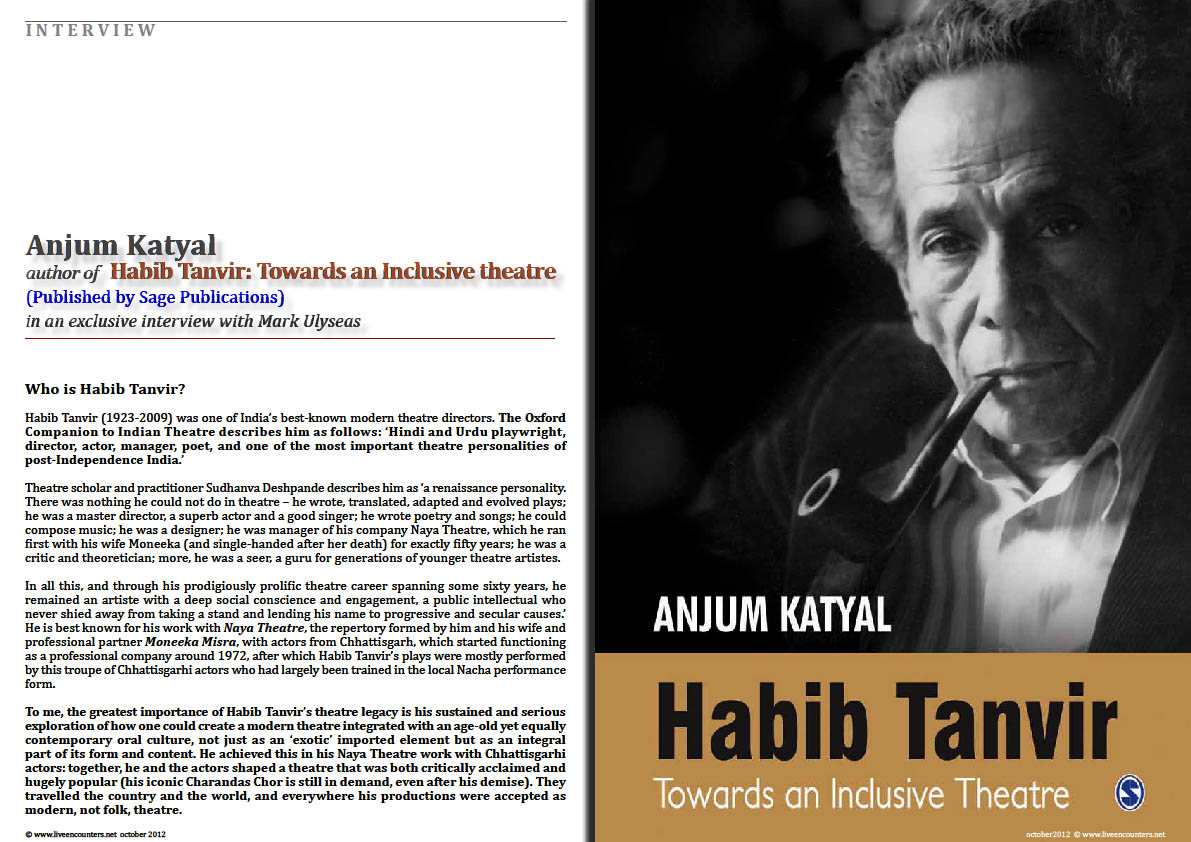 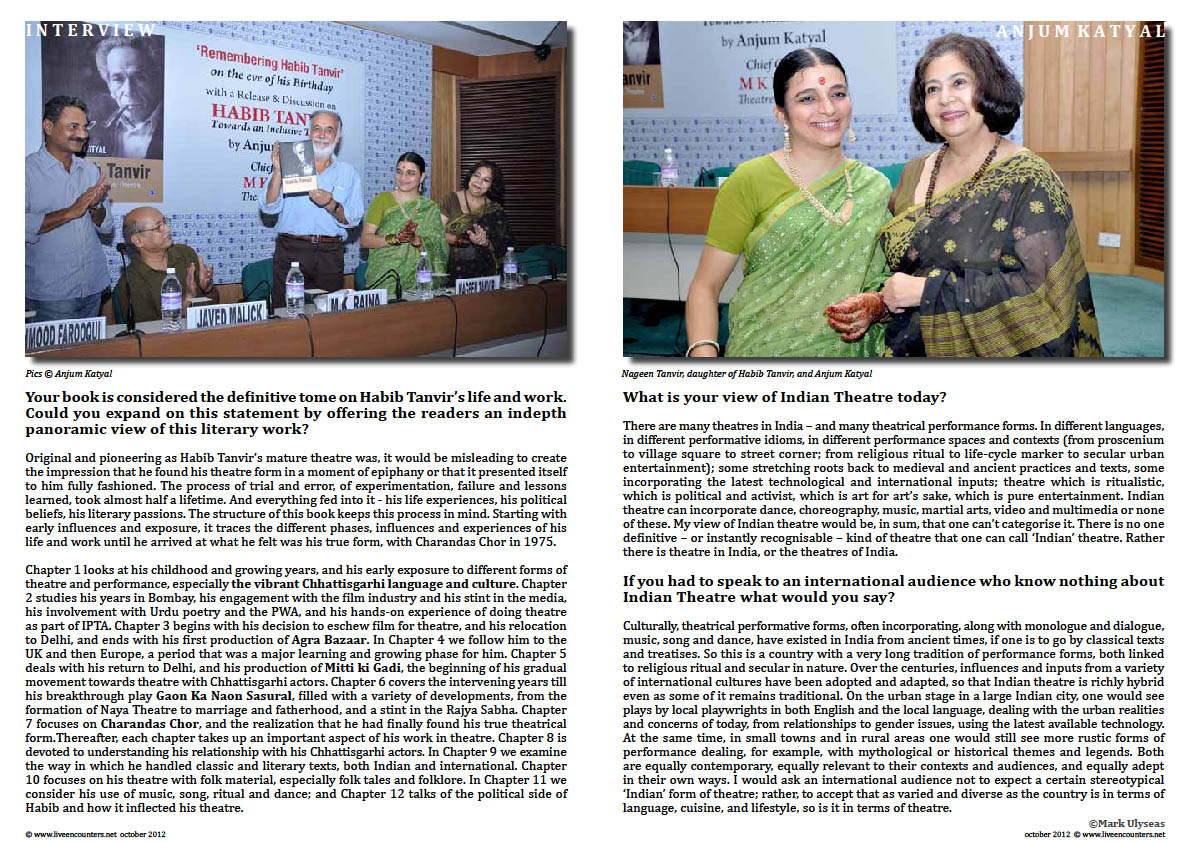