The Way of Apostle Thomas – A Journey into antiquity, And an interview with Father Jose Frank CMI  by Mark Ulyseas

History is often embellished with legends that over centuries morph into facts that become unquestionable until a seeker of truth begins a journey into antiquity to rummage for tangible evidence to substantiate the facts. It is then that history begins to unravel and the truth emerges albeit in a different form.

Sometime ago a question arose in a conversation about St.T homas Mount and whether the apostle of Christ had visited India. Having lived on the Mount in the early sixties and receiving my First Holy Communion and Confirmation at this very church I decided to delve into history for the answer to this question for I believed Apostle Thomas’s visit to India and his subsequent martyrdom in the South was merely a legend.

My search took me to Kochi (Cochin) in Kerala on the West Coast of India. After a night’s stopover in the ancient city port I proceeded to Kodungallur (Cranganore), which is few hours by road.

It is believed that the Apostle Thomas landed on the shores of Cranganore in 52 AD. 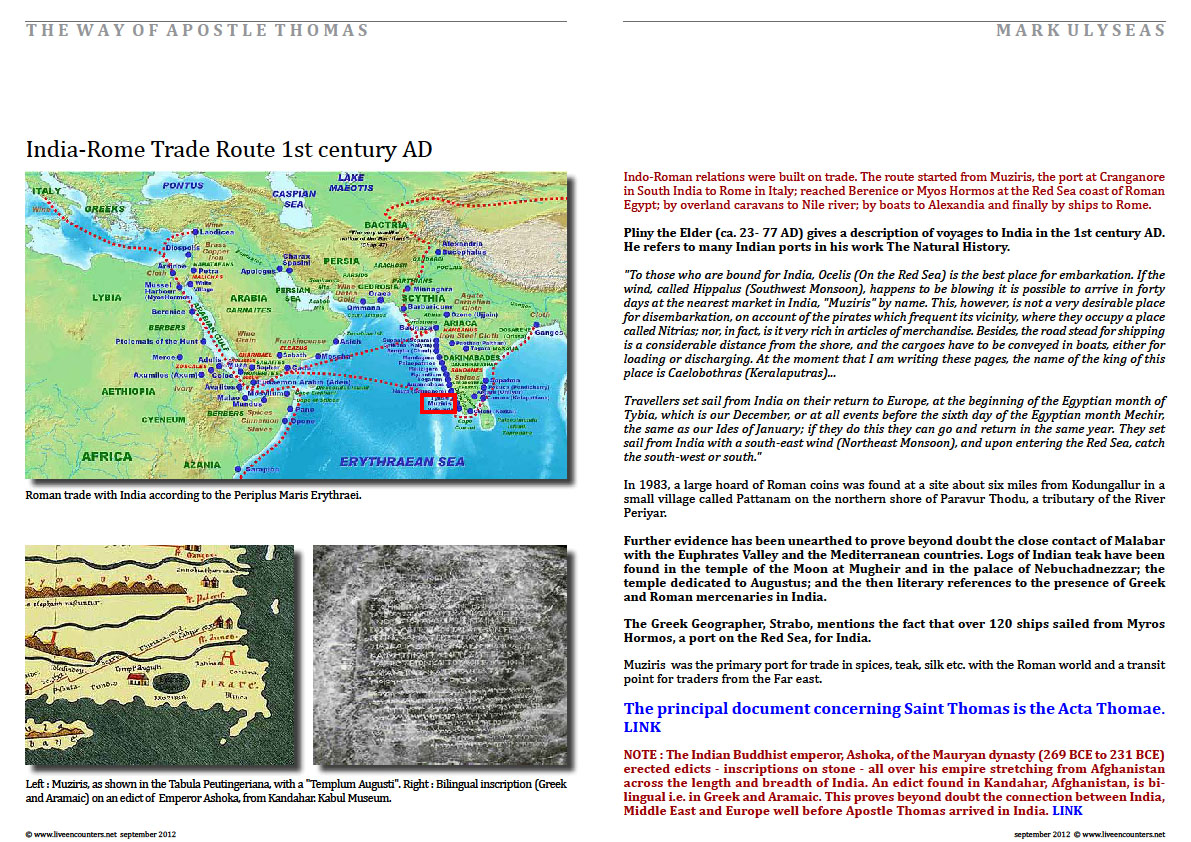 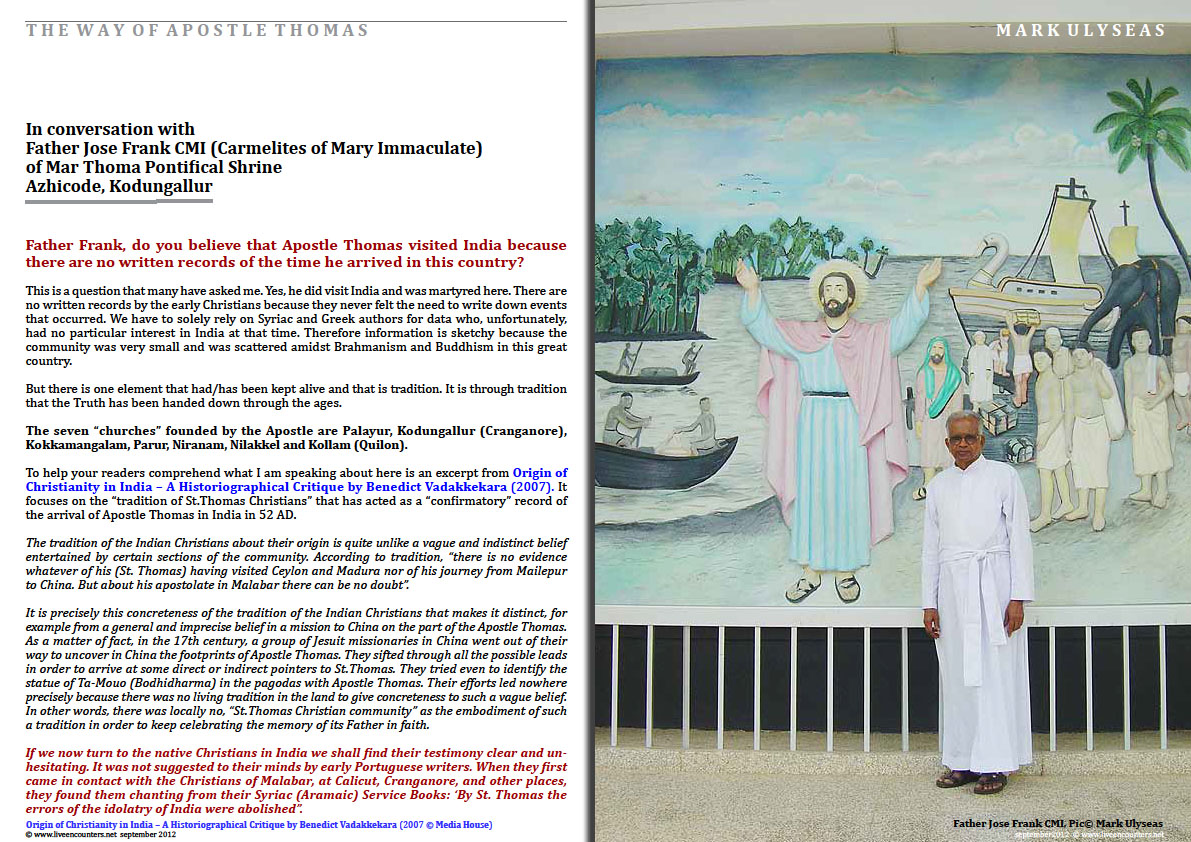 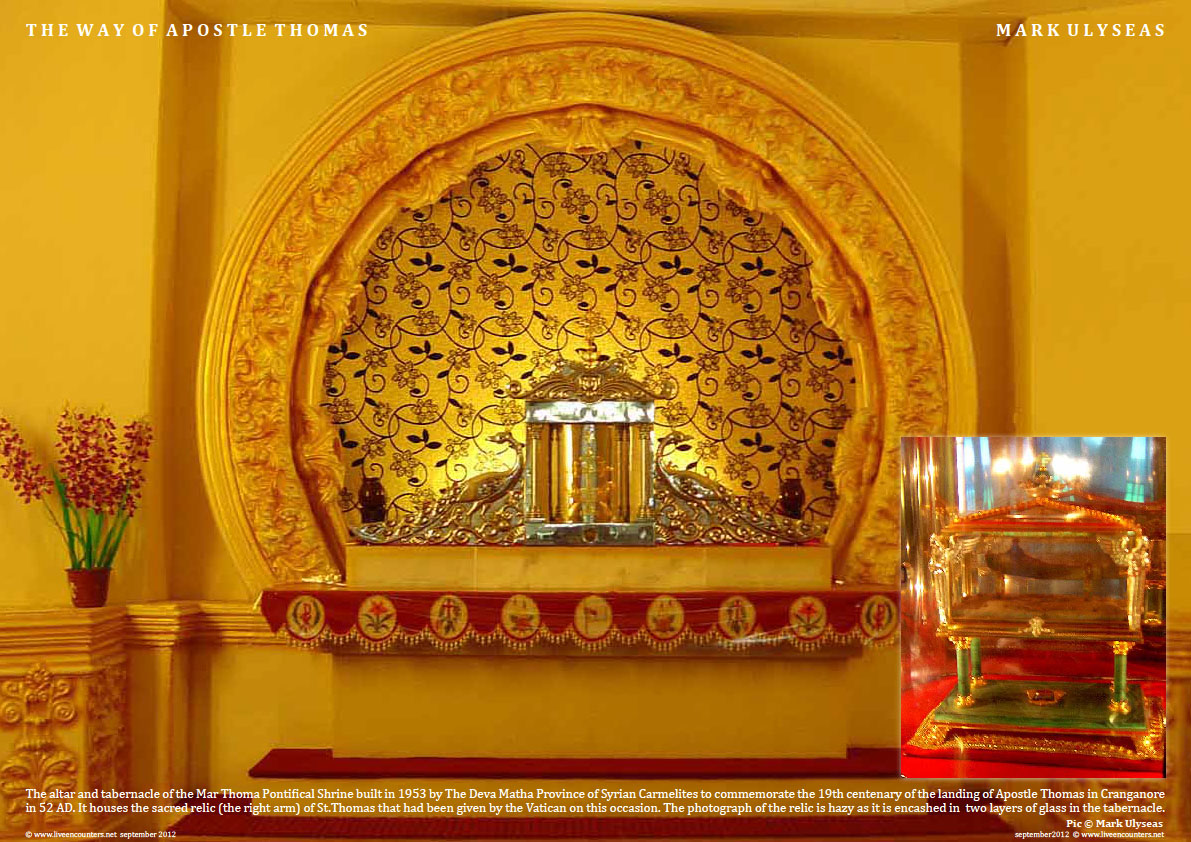 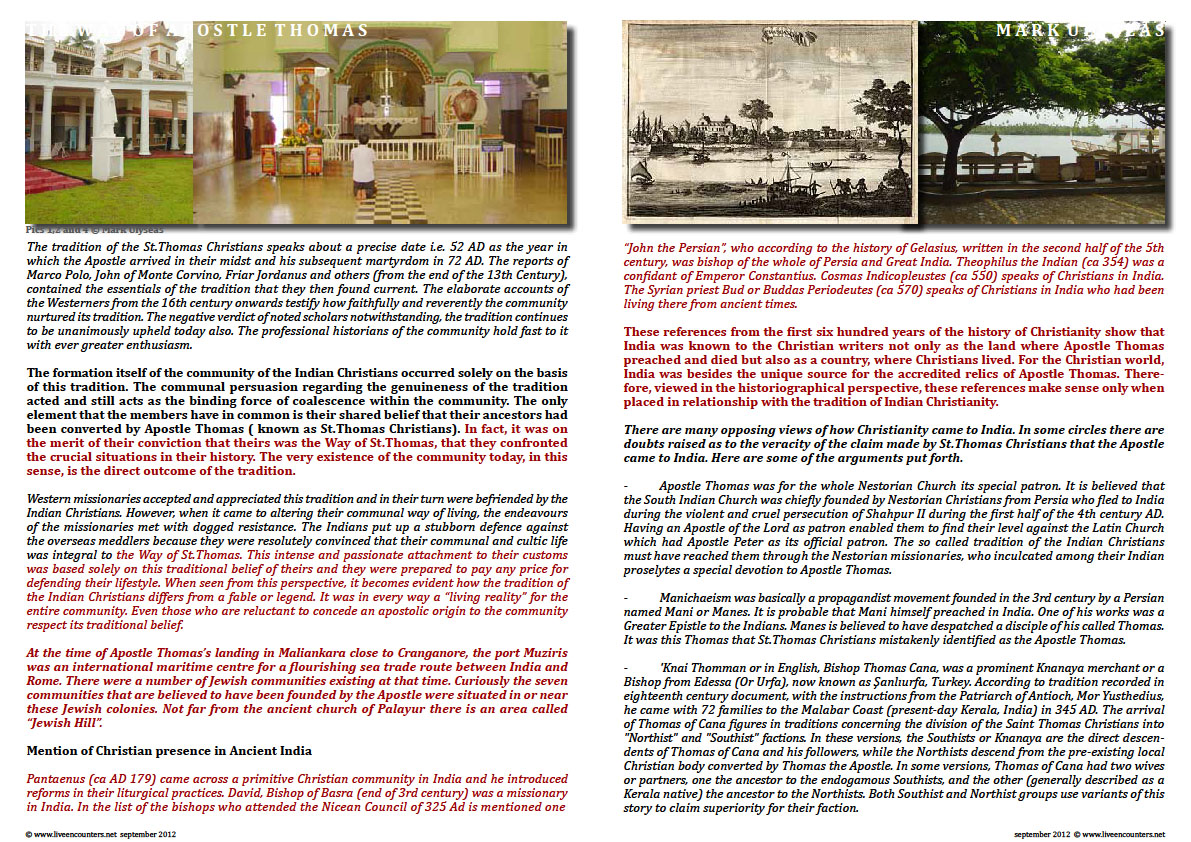 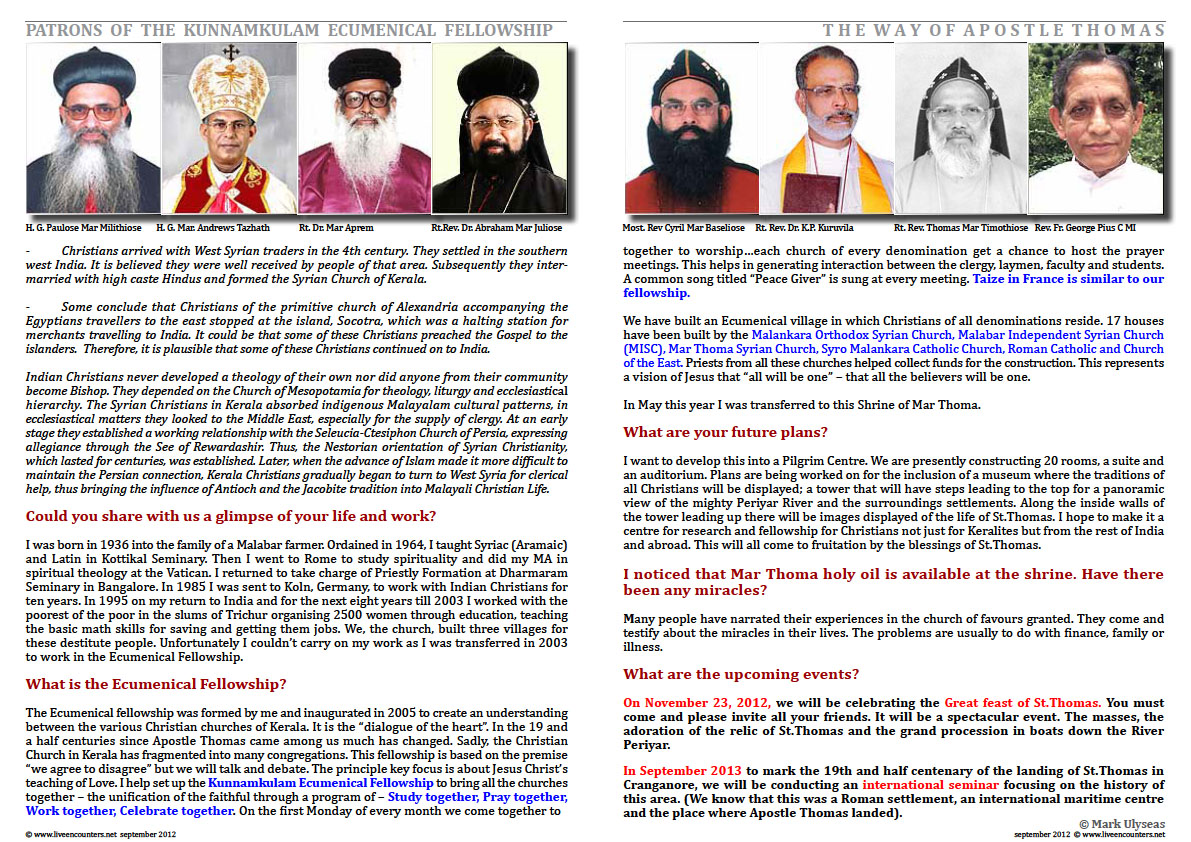