Barnita Bagchi is a faculty member in Comparative Literature at the Department of Modern Languages and Dutch at Utrecht University, Netherlands. Educated at Jadavpur, Oxford, and Cambridge universities, she was previously on the faculty at the Institute of Development Studies Kolkata in India.  Her areas of research and publication include eighteenth-century and Romantic-era British fiction (with a particular interest in female-centred and female-authored fiction), South Asian (especially Bengali) narrative writing, utopian writing, and South Asian and transnational history of culture and education. She straddles the humanities and the social sciences. She is fluent in Bengali / Bangla, English, Hindi, French, and Dutch. Her authored, edited, co-edited and part-translated volumes include Pliable Pupils and Sufficient Self-Directors: Narratives of Female Education by Five British Women Writers, 1778-1814 (2004), Webs of History: Information, Communication, and Technology from Early to Post-Colonial India (Co-ed., with Amiya Kumar Bagchi and Dipankar Sinha, 2005),  Sultana’s Dream and Padmarag: Two Feminist Utopias, by Rokeya Sakhawat Hossain, part-translated and introduced by Barnita Bagchi, and The Politics of the (Im)possible: Utopia and Dystopia Reconsidered. (2012). Most recently, in June 2012, she gave a Keynote Lecture, on ‘Rooted Cosmopolitans: Internationalisation of Education and Aspects of the Innovations of Colonial Modernity in South Asia’, at the  University of Geneva,  at the Joint Congress of the  International Standing Conference of History of Education (iSCHE), Society for the History of Children and Youth, and Disabilities History Association. She is a member of the Executive Committee of ISCHE. Topics of recent articles include writing educational spaces in 20th –century Indian reformist discourse, cosmopolitanism in Vikram Seth’s Two Lives,  action, creativity, and play in Tagore’s oeuvre, female utopia across cultures and countries, and Hannah Arendt seen in comparative light with South Asian colonial feminists. Her academic web-page is http://www.uu.nl/gw/medewerkers/BBagchi/0 . Outside academic work, she is a global foodie, voracious reader, and an avid watcher and reader of crime fiction and crime television series. 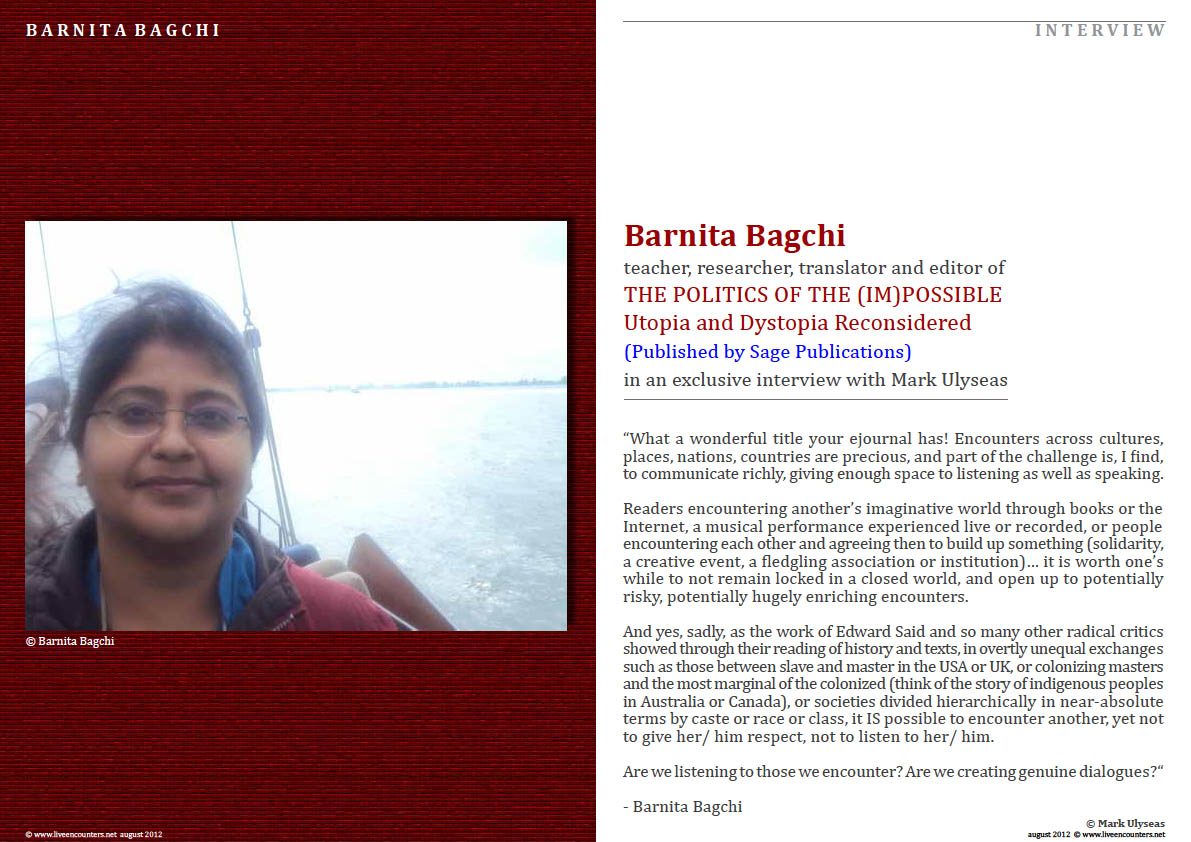 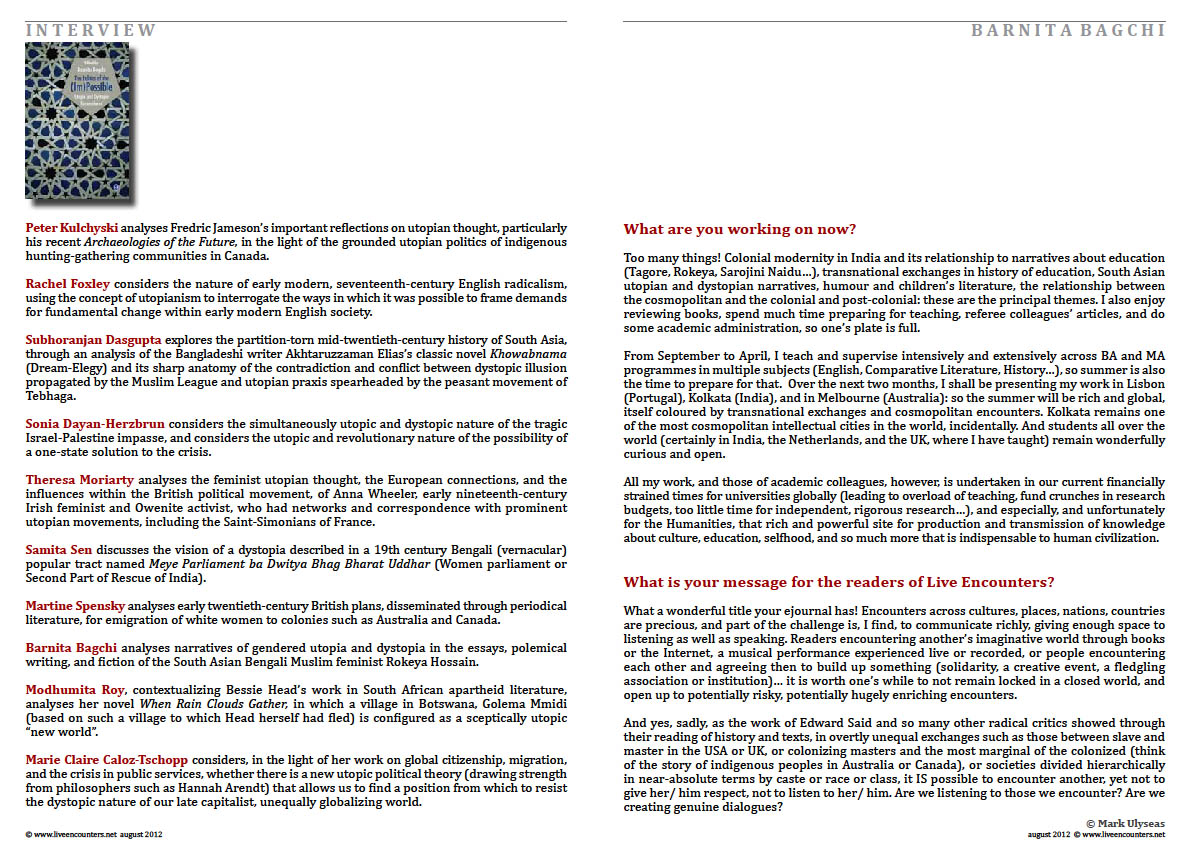