“I grew up in Provo, Utah, 6000ft high among the ski slopes. It was the place where I took voice and piano lessons. Later my family moved to Austin, Texas.  At a young age I began developing my talents by performing at local events in the Round Rock Texas area. When I was 14 I travelled to New Mexico, Colorado and a number of towns across Texas as the lead vocal in a choral group. It was this experience which convinced me that I would pursue music as a career. 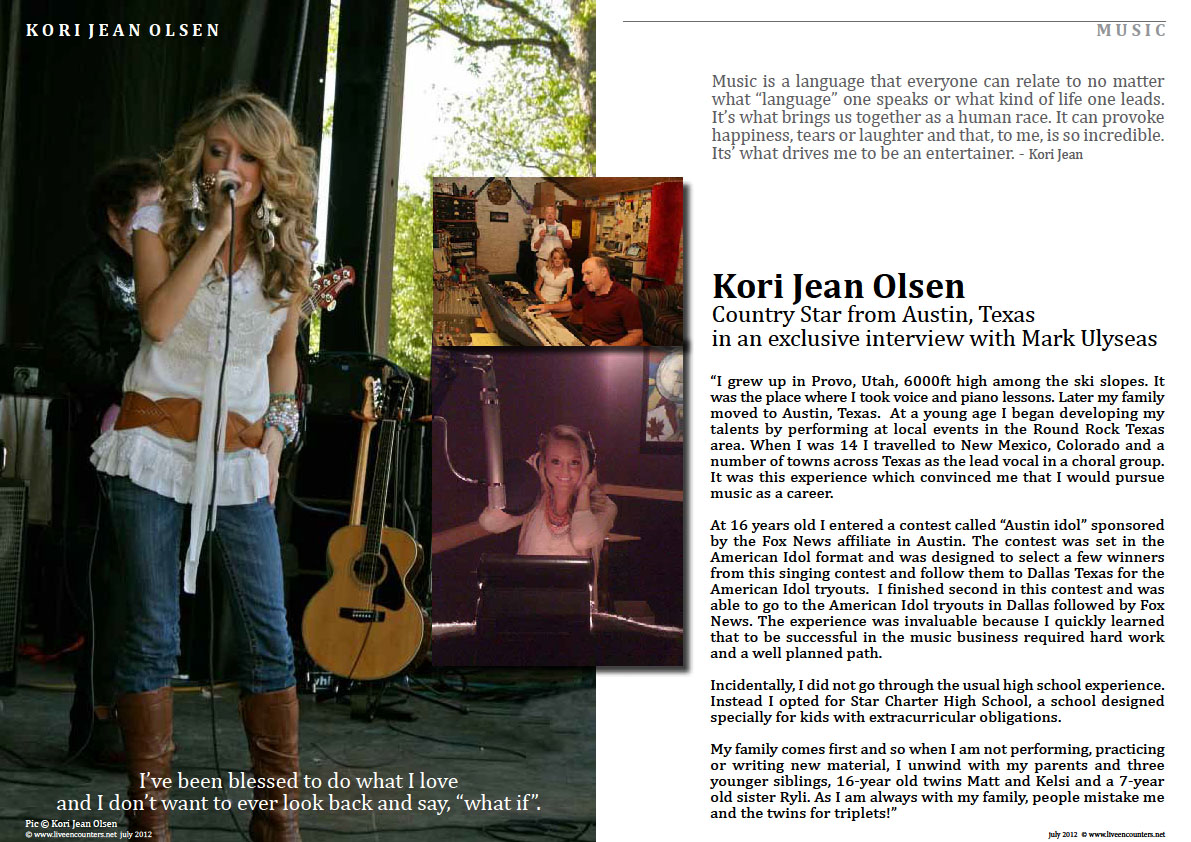 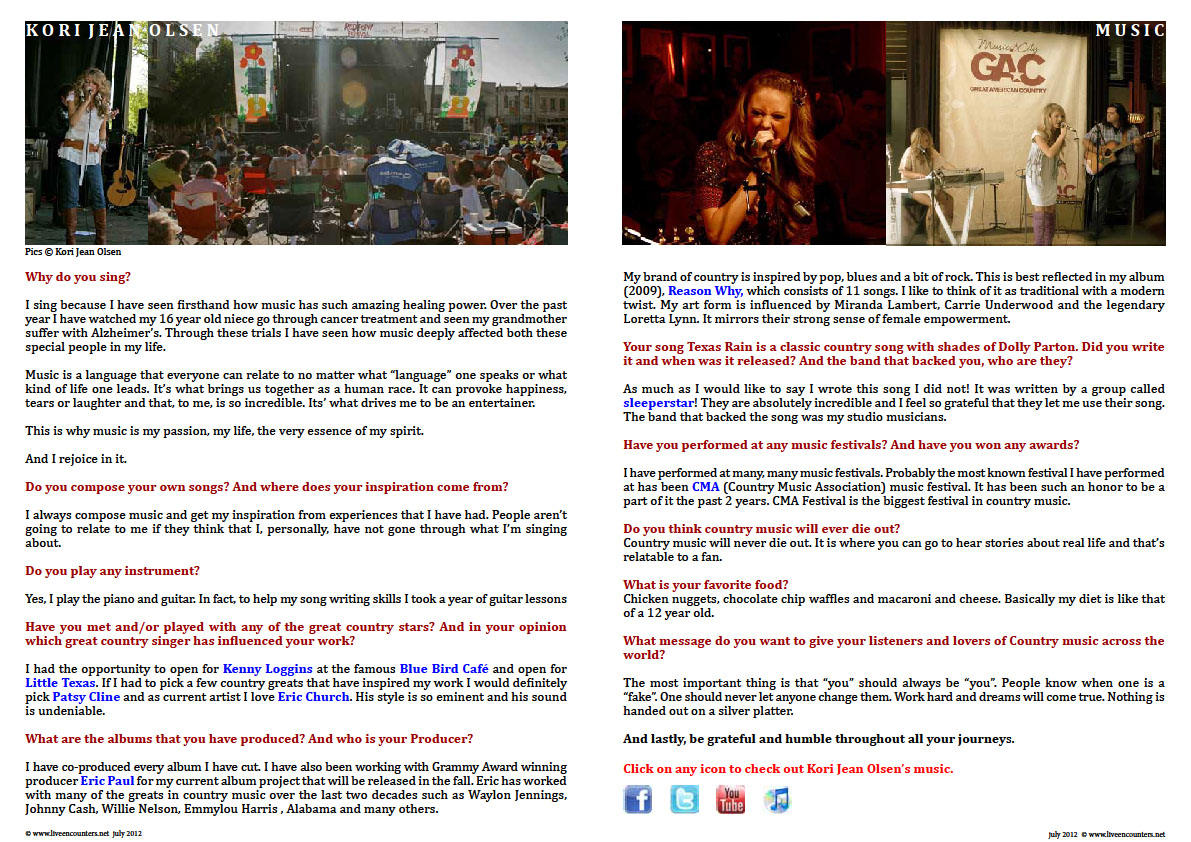 Kori Jean Olsen – Recording Experience: Finished first CD “Reason Why” at age 19 (Filmed 3 music videos for that album). Kori records 5 songs at Ricky Skaggs private studio “Skaggs Place” in Nashville produced by Grammy nominated producer Eric Paul. Radio Airplay: Released a single nationally on tier radio from her first album “Reason Why”. The single was called “She Ain’t Got Jack”, and was on the January CDX of 2010 with Bill Wence Promotions.  “New Music Weekly” after 15 weeks charted at number 39 with 1337 weekly spins. “Top 30 Indie” after 15 weeks charted at number 21. “Roots Music Chart” climbed to number 7. CRS attendance in 2010 and 2011 with numerous radio and magazine interviews.  Radio Performance Experience: Live 2 hour radio performance on the Q102 Acoustic Series in Texas. Live radio performances on 98.9 in Austin Texas and the Josie Show in New York. Many Radio interviews and “Liners” from around the US, UK, and Ireland supporting the album “Reason Why”. Song Writing Experience: Kori signs up with ASCAP and registers her first song called “It Started with a Song “at ASCAP in 2010. She is currently writing with AJ Masters and has completed a song called “Slip Away”. Kori has written two songs with Amanda Williams titled,” Believe in Me” and “Come Back”.