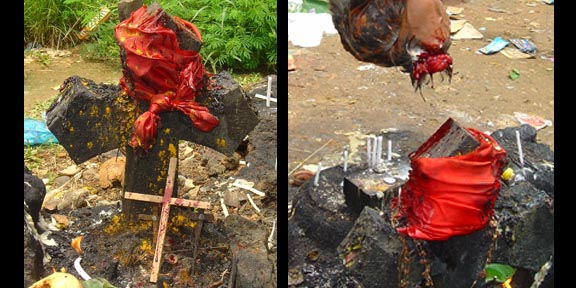 From In Gethsemane – Transcripts of a Journey – book available HERE

In mid-2011 Fort Kochi, in the Indian State of Kerala, was my base for a month. From here I travelled around the area meeting people and recording for posterity their life and work. At that time the countryside was bathed in the monsoon and Mother Nature, resplendent in her lush green robes, was parading for the senses.

The warm humid days and liquid nights brought with it a sanguinity that embraced me with a gentleness that delighted the soul. Around this time, Bobby, the owner of the guest house where I was staying, asked me if I wanted to perform a sacred ritual. I agreed and gave him money to buy the necessary items and to hire a car to ferry us to the spot where the ritual was to be performed.

“Are we going to a temple?” I asked Bobby

“No,” replied Bobby, “This is an offering to the famous priest Kadamattathu Kathanar aka Reverend Kadamattom of the St.George Orthodox Syrian Church, which is after Muvattupuzha town and close to Kolenchery. It was built in the 9th Century and is considered to be one of the oldest churches in India. Kadamattom was like Merlin the magician, for he had supernatural powers. It is said that he would jump into the well adjacent to the church to fight the demons of the underworld.

Some say the well is connected to the church and was an entrance and exit used by the priest. It is believed that Kadamattom learned sorcery when he was held captive by a cannibal tribe called the Mala Arayas that lived in the area surrounding the church. After some months in captivity he escaped and took refuge in the church. The Mala Arayas with their magic created a storm and scarred the church walls but they couldn’t recapture the priest. Apparently these scars can still be seen today.

We celebrate his feast in Jan-Feb. People from all religions come from faraway places to perform this ritual because Kadamattom is famous for his miracles. Those who offer prayers and perform the ritual with sincerity usually get what they wish for. However, my mother has instructed me that as soon as the ritual is over we must leave the area immediately.”

We reached the church after a two hour drive. It was a magnificent old building atop a hill and glowering in the sun like a bride in her wedding dress. One hoped all would go well.

Bobby insisted we drive through the church’s grounds to the other side where there were two more churches, one dedicated to Rev. Kadamatton Kathanar. Below the boundary wall of the third church was a well and a stone cross next to it. The site is believed to be hundreds of years old.

As soon as we alighted an earnest looking man in a lungi met us. Apparently he was the Master of Ceremonies and cook.

When I walked to the well Bobby instructed me to take the knife from him and cut the red rooster‘s throat over the well i.e. after saying a prayer. I declined for I wanted to photograph the ritual.

I retreated to the car to download the photographs and wait for the feast to be prepared little realizing that I had encountered unknown forces that were not in a mood to have their abode disturbed. After downloading the pictures I beckoned Bobby to the car to view them on my laptop. But when I clicked on the Picasa Viewer all pictures had disappeared. A quick search of the computer revealed nothing.

Then I checked the camera.

I requested Bobby to get another red rooster and repeat the ritual. He was most unhappy and reluctantly set off with me on a short drive to buy one from a local market.

We returned with a rooster that suddenly became comatose when it was carried to the well. The ritual was performed again. Again I took photographs of the ceremony.

I hurried to the car, downloaded the pictures, and transferred a copy to a flash drive. Mercifully the pictures didn’t disappear.

An hour later food was served on two banana leaves with a glass of brandy. After saying a prayer to Rev. Kadamattom Kathanar, I threw some food into the well and ate a piece of chicken, washing it down with a shot of brandy. It was then that I felt a benign presence all around. It was an unexplainable feeling that slowly crept into my being.

The following day I fell very ill with high fever, loss of appetite and a feeling that I was at death’s door. After a few days I had to leave Fort Kochi to return to my home base for medical treatment.

A month later when I attempted to write this story my laptop decided to erase more than 60GB of my writing and photographs. Thankfully the photographs of the ritual were not ‘deleted’.

Rev. Kadamattom Kathanar granted my first wish as soon as I recovered from my illness. 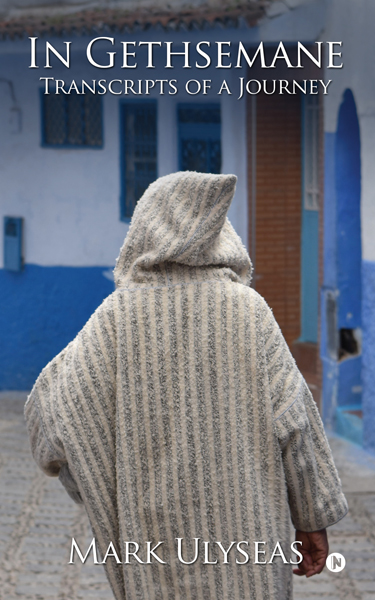 One Reply to “A Sacred Ritual”