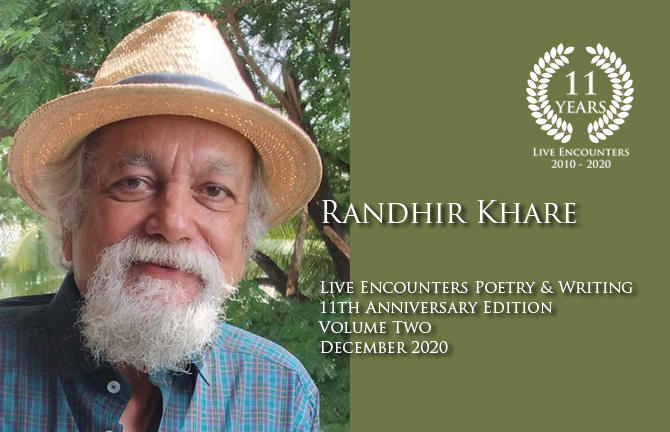 
I smell the dead in the streets
Floating, whispering,
Shouting, singing,
I know it’s time to go,
But I don’t know –
Is it my time to go?
Will I see a sign? A signal?
Will an angel hold my hand
And lead me on?
Or will I disappear…just leave
Without a trace
And reappear in the streets
Joining the procession.

Dear hope
I want a cup of tea
Just you and me;

Stuck between time’s teeth
My feet cold and wet
The stench of dead breath
Fills my lungs,
I hear no answers to my questioning,
Pry me out and flick me in the air
I don’t care
Where I fall
So long as you are there,
I want a cup of tea
Just you and me;

You are my reflection in the mirror,
I am your reflection in the mirror,
We are lost spirits frozen in the moment
Waiting for tomorrow,
Time ticking,
You are not you and I am not me,
We are not we,
Time ticking,
We will never be we,
Soon we will turn they,
Soon we will dissolve
Into grey rain over the city,
Into secrets that no one will ever understand,
Into the breath of evening smelling of stale love,
Smelling of you and me,
Smelling of me…

Let me out, set me free
From me, from you,
Let me out, set me free from fear,
From waiting, from hoping,
From dreaming, from loving,
From expecting,
From time;
Hold me in one palm
Let the wind blow me away,
For I am dust;
This is not the end,
This is not the beginning,
This is this,
The wind’s way,
No home;
In the moonlight even the dead look beautiful
But there is no moonlight
There is no sunlight,
There is rainlight
In streaks, in slithers, in sheets, in wet whirls,
In pools, in puddles, in droplets seeping in through pores,
Down veins and arteries – heartwards,
Flooding my heart;
I can feel the tides rising and falling,
The deep rumbling and exploding,
Foam-crested waves breaking and sliding,
And Noah in his craft of survivors
Huddled and praying –
For the waters to still and settle,
Christ dancing on the waves like a dervish,
Swirling and singing,
Each note knocking on the beams of the ark,
“Come on out, come on out,
Join the dervish dance,
Join Shiva’s tandav, catch the rhythm of heartbeats,
Dance the eternal now…”


Beyond the horizon of the flood,
A crucifix waits for the end of the dance.

Rain falls on my city
Feathers of a great grey bird on its way to nothingness,
Crying eerily, flapping, gliding,
Migrating from nowhere to nowhere,
Feathers raining on the streets,
On the walking dead, on homes crouched into themselves,
On sabbaths of silence, on the chaos of loneliness,
On the loving of lovers,
On hands nailed to nothingness,
On the dull clunk of graveyard spades,
On spires, on the homes of the holy,
On the homes of the hated, on bankers and bullies
And the cacophony of stock markets,
On the spinning bloodied globe,
On sirens and messiahs, on the parade of priests
And the chastisement of the innocent,
On the great sea of battle washing from shore to shore,
From continent to continent,
From island to island,
From love to hate,
From you to me and me to you
And we are one.