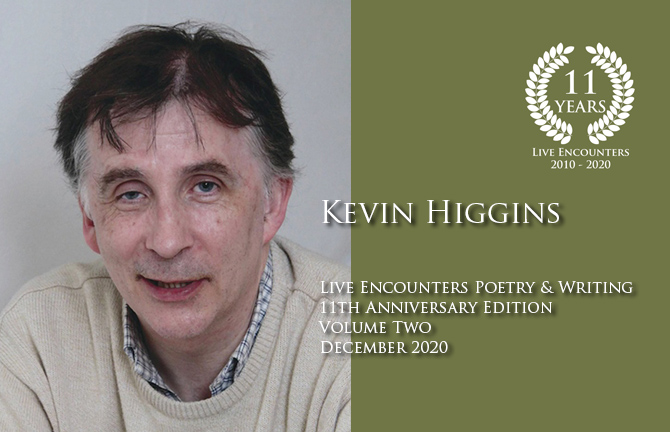 When he spoke his mouth
was the King of China’s favourite part of a woman;
and his jaws wobbled like the King of China’s
second favourite parts of a woman.
When he spat it was every time a different colour
and fell short, like a long jump that failed
to get the former champion the expected bronze medal.
When he tried to blow his nose
it was the same problem he had at the other end.
When he eventually sneezed,
it was the whole room.
When he cried, it was a truckload
of bitterly disappointed onions all at once
writing Facebook updates
about the manner in which they were peeled.
When he sweated he was Richard Nixon
dying under the TV lights.
When he tried to cough
it was a recording of the tiniest car
in the world backfiring, on repeat.
When he frowned,
it was the whole room again
and usually the room next door.
When he got drunk
it was a country and western song
being reinvented in a hotel bar
in the less fashionable part
of Limerick Junction
by a guy with a piano accordion.
When he danced
he was a cow with epilepsy
under a hundred stuttering fluorescent lights.
When he was lying
he blinked like an owl on methamphetamine.
When he nodded, he was telling her
he at least agreed with himself.
When he grew hoarse his voice was sandpaper
and untipped cigarettes from the good old days.
When he muttered, he was composing solicitors’ letters
to his entire family in his head.
When he spoke to her,
it was the nine o’clock news
in 1970s Albania translated
into shouty, snot-flecked English.
When he climbed aboard her,
it was thrilling
as the brown curtains
his mother gave them
as a wedding present.

When she picked up that hammer
she’d only intended
to tidy it away in the drawer,
having yesterday used it
to put up that picture in the hallway.

But once again his faced opened
and words came out,
until they didn’t.

Diary of an Absurdist

This is not the usual route I’d take
to the place I never go.

I spend the holidays I don’t have
listening to the albums
John Lennon would’ve made,
if he hadn’t been shot.

My head’s full of ways
back down mountains
I never intend to climb.

Anytime you want to talk
call me on the telephone
I just had disconnected.

I was once made violently ill
by a cheese-steak
I plan to one day eat.

I’m a big fan of the books
Paulo Coelho didn’t live to write.

Come see me Christmas morning
for some eggnog and sauerkraut.
I’ll definitely be out.