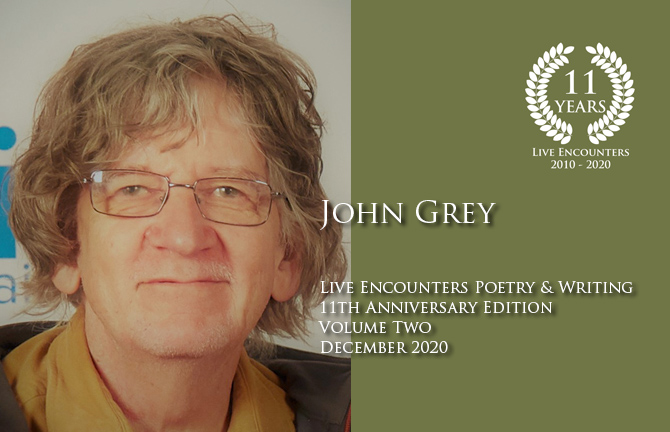 A Reading In The Village

I’m invited to a poetry reading
hosted by a friend down in the Village.
It’s a private affair
held in a loft,
speaker in a chair,
everyone else on cushions.


She assumes all the parts in our lives –
anger, sorrow, fear, self-recrimination –
so we can just sit back
and let her get these things out of our systems
and into hers.

As poets go,
she’s better than most I’ve heard.
She speaks clearly,
and not sing-songy
nor, as per the bane of most poets,
like a rapper on downers.
Sure, she’s more miserable than most.
But her pain has words to back it up.


Later,
there’s wine and cheese
and a chance to buy her chapbook.
She scribbles her name
in my copy.
I tell her I’m also a poet.
She says,
“Of course,”
not, “that’s funny,
I could have sworn you were a fireman.”


Oddly enough,
we take the same subway car home
though she doesn’t recognize me.
She stares down at the floor mostly –
the angry, sorrowful, fearful, self-recriminating floor.

That’s us. The ones outside in the wind
with our hair blowing.

My brother has a frog in his hand
that he won’t let go of.
My sister’s ribbon comes undone,
threatens to fly.
I’m chasing a lizard, the slippery kind
I can never catch up to
until twelve years later, driving the family car,
I run over some poor skink in the driveway.


My brother claims victory over all living things.
It’s unfair. He’s never caught a lizard either.
My sister pouts.  Not even that wind can blow
her cheeks back where they came from.
I spy the girl next door and spit raspberries
in her direction.
Twelve years later, of course,
they’re sorta kisses.


My brother finally releases the frog.
My sister holds that loosened ribbon tight against her head.
I’m bored with both reptiles and the girl next door,
follow the others inside for lunch.

My mother’s been watching us from the window,
pats every head in turn as we enter the kitchen.
1-2-3.
The same number within her control
as beyond it.

So that’s why sometimes,
the explanation comes out garbled,
like a wrestler struggling
not to be pinned.
Or it’s whispered
as if it’s trying to avoid
the attention of the giant above.
Or it just gives up,
says nothing,
despite the head’s
stream of instructions.
Right now, I’m silent,
though everything else is loud.