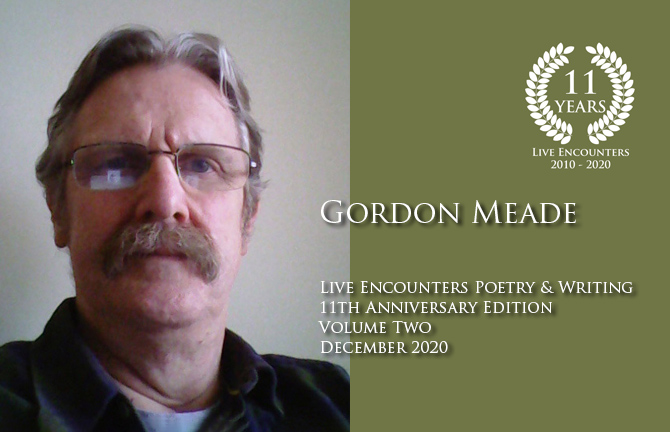 Although my name might well rhyme with God,
or stand for cash on delivery, when the Grand Banks
Disaster struck, I felt it more than most. A ghost

of my former self, I am now more style than
substance. Having been relegated to the minor
leagues, my global presence is less impressive.

I am not so prominent on your silver screens.
The bulging nets I used to fill are dwindling fast;
my promise of abundance seems to be forever

Raised, as I was, on the Good Vibrations of West Coast
Rock, it is hard for me to acknowledge the fact that the waters
in which I was brought up are now polluted; that my dreams
of pristine surf have had to be diluted. Just like the times

when Brian Wilson chose to sit bare-footed in a pit
of sand to try and sing the sea; now, I, too, would rather listen
to the breaking waves hauled out on land, instead of having
to swim through fathoms of detritus, unsure of what I’ll find.

By the time this poem has been written,
perhaps there will be under twenty of us left
in the wild. And once it has been taken

for publication in an environmentally
aligned magazine, maybe only ten. If it
should ever make it into an anthology

of endangered sea creatures, we could
be in single figures. And, when it finds itself
in a collection, we might well be deemed