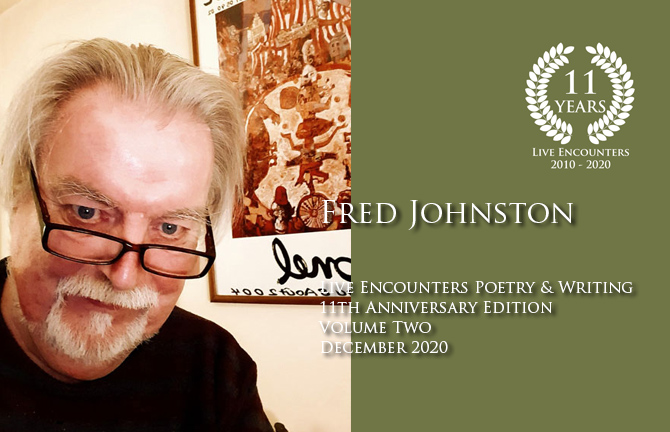 The Nature of Violence

What is the nature of violence,
Is it all stone-throwing, shootings and rape?
Not at all: these are the skin on the bone
But it’s the architecture of bone that lends shape
To the dumb inelegance of butchered thought
And that’s before anyone’s lifted a hammer,
Cocked a gun, locked a door
Raised a voice to declare its imminence.


A thought takes up a pen
Something dark, who knows, or well-intentioned
And draws a line through a point of view
Declares it too straight or honest to be mentioned
This is violation of another sort
And it can kill or shame knife-sure
As any drunken lust –
It’s a thought that can be wiped and used again.


Behind the falling walls and
Bleeding children, let’s not forget the arrogance
That breeds it all is born and raised in talk
So cheap it barely has accent or simple tense –
In the pub or war-room, simple things turn bad,
Words rot, transmute, enemies are assigned
And given names, sad judgments made
By poets and generals, and atrocities planned.

It took itself off between hot fields and the desiccated gates
Of pitiful houses falling in on themselves as if they’d been blitzed
A country Sunday road curving out of spite –
The village pubs hadn’t opened in months, they wept shards of paint
Like children they waited for something to happen
Behind dead petrol-pumps no one had the heart to uproot
You take it all in while changing gears or slowing
For the fat occasional tractors glimmering and new and arrogant
And try to read road-signs that have forgotten to translate them-
Selves to the metric system, that have a sense of apology about them
While round a corner a jogger ludicrous in rainbowed lycra makes
An absurd scarcely-identifiable flying object past the windscreen.


I wouldn’t know the language here, its tempo and rough slant
Or time the rhythm of the green silences between each stave of hedge
Not a known road canyoned by concrete, the stretch of glass towers
The slithery rhythm of taxis taking home the breathless young
From happy outposts of neon to the quartered empty grids
Of housing estates with their nervous ticking street-lighting
The cafés shuttering down, the black city world shutting its eyelids –
But there I know what to do to keep two feet solid to the ground
I can read the signs, read the writing the rain makes on a window
I cannot get lost. Reversing in the driveway of an audacious farm,
I realize how little time I have for things in ruin or wide spaces
Flags in schoolyards, headstones; a cruel, immoral patriotism.

This one’s for Jacob
Who spent an afternoon, an oddly sunny and gracious one
Outlining to me his plans to build a house
And where he’d set it, and the rooms it would have
And how I should visit and stay when it was finished –
And then stepped, drunk,
Into a hot bath and slit his wrists.

This one’s for the slim pretty girl
Who fought so hard with her skirt as it blew up in the wind
Revealing her strong, elegant bare legs
Striding over the battering street in its Saturday madness
As if she’d all of a sudden remembered
That men might look at her,
As I did, wanting her in heat and fire.

This one’s for Nicholas
Who in his attic flat wanted to lie alongside me, as he said,
For the warmth (not to take anything louche from it)
And the wintery morning was, indeed, cold
As we lay there fully clothed unsleeping
Sharing roll-up cigarettes –
Funny the things you remember.

Two good men in their ‘eighties have told me
They wasted whole portions of their lives
The greater parts
Doing what I imagined I should have been doing
The things I thought were acts
Of being normal, balanced –
Of real worth in the world.

There is no answer to that, at least I hadn’t
An answer. Like many of my peace-and-flowers
Generation
I paid along the way, lacking what I saw
As stability. The view from a locked psychiatric
Ward is not reassuring. I might have said
Something about that.

But even listening to them uncomfortably
I knew that monsters enjoy good suits
Earn money
Not all can be put to flight with dalmane
Or clomethiazole or even university tenure –
Some are respectable,
Seductive.Some come like blessings.

But to go one’s whole term and then
Feel a weight of loss itself monstrous
As they did
Itself terrifying moreso because it is an absence
A vacantness, a hole from which whimperings
Escape, indistinct, familiar –
They confessed all this, these men I admired.