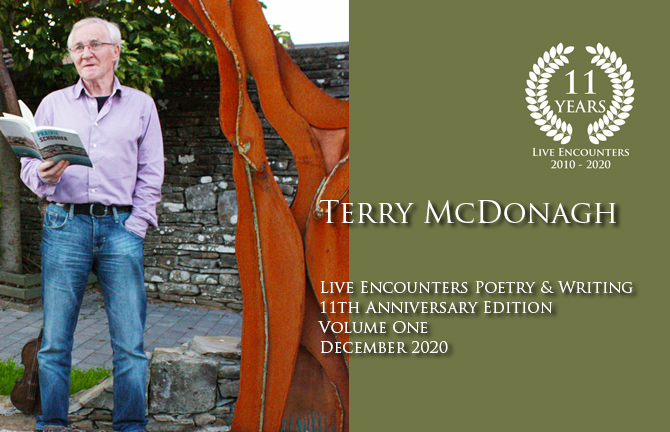 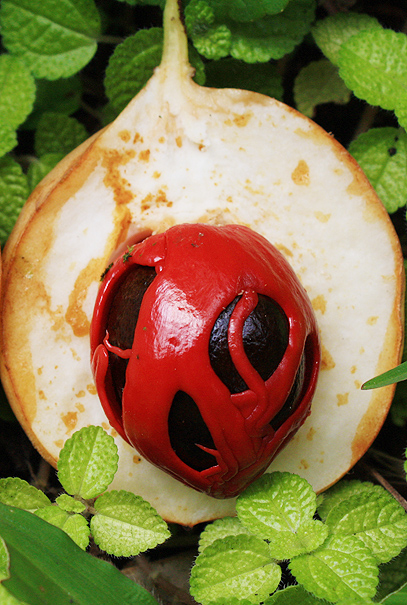 Live Encounters is celebrating its eleventh anniversary. Eleven years have passed – years of peace, turmoil and toil. And there in the midst of it all, Live Encounters has created a quiet poetic swagger and its writers have laughed, wept and had a rich platform for their work. An anniversary is an opportunity to look forward and back over our shoulder at our own creative eleven as well as casting a learning eye on the work of others. Some writers and critics will outlive us – some won’t but the quiet colours of autumn and the legacy of LE certainly will.

I feel I want to ramble carelessly, endlessly on a page. – reach that enviable stage where I learned not to care, as the poet, Patrick Kavanagh said. And on and on we go like squirrels with nuts. Minding our own. Eleven years have passed. The winds have come and gone in season; smoke dwindles when the fire goes out and it’s all over almost as soon as it has begun. Climate change and Covid make us want to flee but where to! Poets sing to water and fish; they fight their corner as well as the next – they need to – and many won’t be slow in lining up bursary applications. We push on like the pulse of time.

But when I read the poetry of Moya Cannon, I see the true value of quiet in the written word. I feel a sense of calm – a kind of peace that wants me to walk a seldom-used, overgrown lane. I want my childhood back. I want to be back in the world of that little boy that was me, who trudged home from school along rural lanes in late September.

In her poem, Oar, Moya says:

Enough said. No explanation needed. It’s as if a monk has placed some fish, olives, garlic bread and a glass of good red wine on a rough-hewn table in a clearing. It is summer and the foundations for a perfect home have just been poured. I feel drawn to this quiet. In No Sense in Talking, she asks:

What knot at the root of articulation/have we said too much?

I understand my own mother better now. She used to say, enough said. There’s no need to have a say or a big voice in the world of words. A small voice will do. Some poems might even outlive us. Wouldn’t it be just wonderful if a young enthusiast crept into our attics to rob a leaf of our poetic meanderings before we trot off into the infinite wind – from where we could, perhaps, look down on artists eating chocolate, dusting or sweeping the kitchen floor. There might even be a poet’s graveyard out there on Planet Verse – free of money markets, emperors or cardinals – where dancing and a fine touch will go on forever. In the words of Pablo Neruda:

I want verses of felt or feather/which scarcely weigh, mild verses/with the intimacy of beds.

Neruda must be right. God will survive if he fits in and wears the party suit and tie, but Neruda is eternal. I wrote the poem, Silent Orders, (a version was included in a previous issue of LE) to step back for a moment; to distance myself from the taste of free-market codology. I am not particularly religious in a formal sense but, having sat in a beehive-hut-cell in Cill Aodáin graveyard, I felt inspired by the quiet spirit of those who chose the language of isolation and quiet to get closer to themselves. It is an old monastic settlement long deserted but it has left its mark on the landscape and in the minds and hearts of those who visit. Such a place takes the preaching out of poetry.

There were druids, ascetics and
abbesses long before our day
Most lived in routines of matins,
vespers and herb gardens. They

had honey and garlic in their bones
and could be seen
in purple fields smiling alone.

They didn’t need to screw up
their eyes looking for playmates
or lie on their backs to tarnish
their faces in July heat. They’d

amble to and from toil when
bells tolled and speak when
spoken to. Hills and valleys
joined with them in worship.

There was no panic in the fields.

If, only, we could down tools
and listen, we might hear them,
silent as ever – in their cells.

I ask myself again and again, what is silence? What is poetry? Why write at all? We spend a lot of time analysing meaning, structure, imagery, noise, rhythm and so on. Over cappuccinos, we argue, contradict, disagree on the existence of angels and label poetry as good or bad. We make noise and stay on if the beer is good and Anna-Katharina pops in to say hello. Honestly, that’s not a poem at all. Yes it is and a good one. Which one? Oh jees, I’d better be off or I’ll miss the last bus. I’m sticking to the day job. Ahoy.

Even if it keeps you up all night/wash down the walls and scrub the floor/of your study before composing a line.

And, then again, in his poem, Introduction to Poetry, Collins writes:

But all they want to do//is tie the poem to a chair with a rope/and torture a confession out of it/They begin beating it with a hose/to find out what it really means.

We hear of the big, tragic events – we write and try to fill young minds with carefully constructed pieces but will they see and listen to the rhythm and music in colour gripping the day. Does a poem make a small thing into a bit thing or a big event into an important event.  Brendan Kennelly makes me laugh:

the old poet advises the young writer/If possible, make sure you turn/your suffering into royalties.

Sometimes, when I think of royalties, I feel like locking myself up to stop myself grabbing at cheques with both hands. As a deterrent I’ve been thinking of ordering an angry t-shirt and big stick from Chicago – knowing that I love royalties and will indulge in the pleasures they afford me – but, at the same time, I’d hope not to lose contact with benign sounds from under rocks or the cry of a fish in deep water.

I usually begin my narrative by making no sense at all and end up by declaring that I’d like to join in conversation with people – who always trip up in tearooms. I’d like to think that’s what writing does to you. To a degree we can only hope it disturbs – throws us up on the rocks – helps us to see language in a different light. Out of the dying pan into the pyre is the title of one my own poems written in Berlin to celebrate a great evening with wine-minded poets.

Writing is a strange kind of alchemy. When I look back at the Live Encounters’ spread of eleven years of language and pictures, I’m overcome by a kind of quiet joy, happy to be part of this whole unquantifiable bundle of people and words – by a great number of writers, poets and storytellers with thousands of words blocked into structures we call poems, stories and philosophies. It’s a big gathering, a team as unsettled and fragile as any gathering or group. It would be special if we could, all, be quiet in our dreams lest we get swallowed up by the noise of the day.

I return to Moya Cannon and see her unite all of that huge gathering in a few lines in her poem, Narrow Gatherings:

Encumbered by legend/we are foreigners here/and know less than we imagined.

I have been involved in writing groups in many countries and with people of all ages and I often ask myself, who do we write for? Why do we get together? Why write at all? Patrick Kavanagh said, Poetry made me a sort of outcast and I became abnormally normal.

A poem is like a radio that can broadcast continuously for thousands of years – Alan Ginsberg.

Poems are other people’s snapshots in which we recognize ourselves – Charles Simic.

Poetry is not a fiefdom or a private domain. It is a city whose gates stand wide; which has never exactly welcomed its newcomers but has always found room for them – Eavan Boland.

I see writing as a kind of exile – a kind of silence – a kind of Planet Verse where exile and silence have an opportunity to get together. This merging of silence and exile affords the uneasy opportunity to explore fear and joy in their extremes. It’s a place where we have nothing to lose – where colours, sounds and senses are allowed to merge and find a way to each other.

Live Encounters provides this kind of space. It is a colourful platform where nothing but pursuit of what is best in us is expected. We are celebrating our eleventh anniversary and I’m sure I can say on behalf of other writers, who have had the privilege of being involved, we are grateful. Happy Anniversary Live Encounters and thank you, Mark Ulyseas.